Australia emits less than 2% of global greenhouse gases, but its climate decisions carry significant weight because it is a coal superpower and the world’s third-largest exporter of fossil fuels. 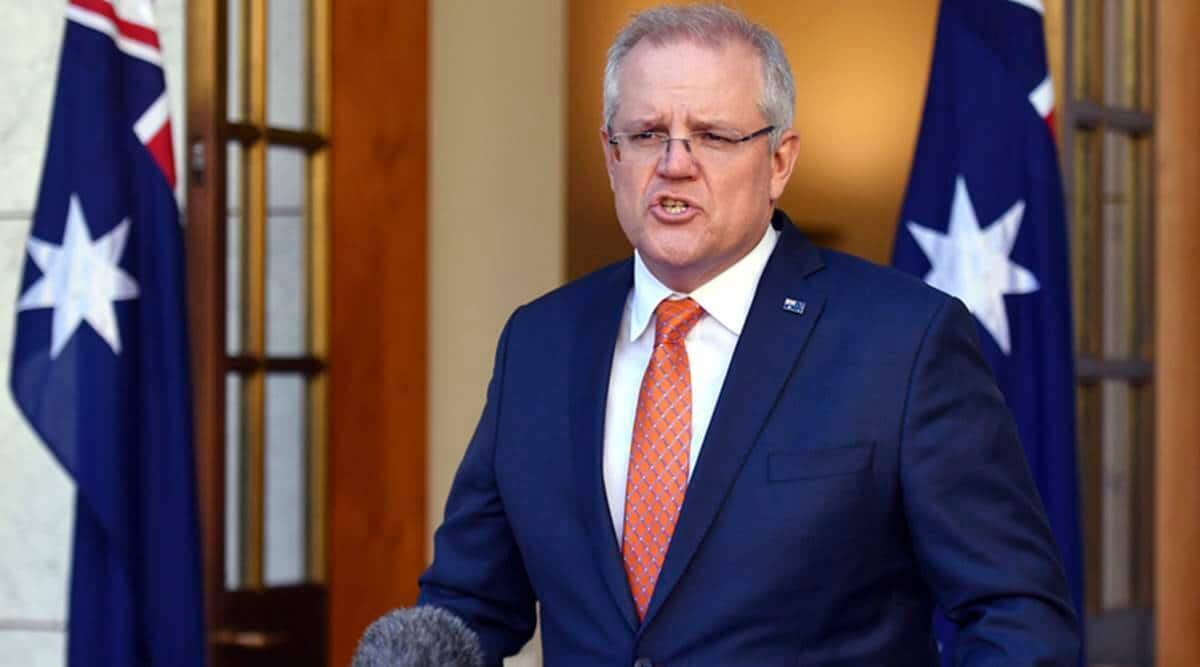 After months of debate and delay, the Australian government on Tuesday promised to reach “net zero” emissions by 2050, unveiling a plan built on hope and investment in low-emissions technologies.

Promising jobs and no new taxes or mandates, the plan did not include any toughening of emissions targets for 2030 — a major component of what scientists have said will be needed from world leaders at next week’s UN climate summit in Glasgow, Scotland. Despite international pressure, Australia signaled it would not retreat from its overreliance on coal and gas.

Both play a major role in Australia’s electricity grid and as subsidized exports. Under the plan released Tuesday, which Prime Minister Scott Morrison called “uniquely Australian,” that dependence on fossil fuels will continue, prompting critics to argue that he will be arriving for the climate gathering with an outdated status quo wrapped up in new packaging.

“This is an update on the marketing materials used by the federal government to claim it’s doing something when it’s really doing nothing new,” said Richie Merzian, climate and energy director at the Australian Institute, a progressive research organization. “It’s kind of ridiculous.”

Australia emits less than 2% of global greenhouse gases, but its climate decisions carry significant weight because it is a coal superpower and the world’s third-largest exporter of fossil fuels. At the same time, the country is increasingly vulnerable to global warming. Since 1910, Australia’s average surface temperature has warmed by 1.4 degrees Celsius, surpassing the global average. Fires, droughts and cyclones have all become more frequent and severe.

If temperatures continue on their current trajectory, which is what world leaders who have made more ambitious commitments are seeking to avoid, Australia will see major ecosystem loss in its oceans, higher food prices from severe drought and hundreds of thousands of coastal properties put at risk from flooding, climatologists say.

Morrison did not mention these risks Tuesday when he appeared in Canberra, the capital city, to introduce his plan alongside Angus Taylor, the minister for industry, energy and emissions reduction.

Morrison said Australia was on track to beat its Paris Agreement target, cutting emissions by 30%-35% by 2030, largely because farmers, consumers and businesses have been choosing more efficient, cleaner options, such as solar power. He insisted that the “Australian way” offered a model for the world because it would be built on several principles, including “technology, not taxes” and “choices, not mandates.”

Sounding at times like he was already campaigning — Australia’s next federal election is due by May of next year — he said the government would invest 20 billion Australian dollars ($15 billion) to expand the use of low emissions technologies, such as solar, wind and green hydrogen made from splitting water with electricity from renewable energy. There would also be financial support for the low emissions manufacturing of steel and aluminum.

In all, according to the published plan, 70% of the projected emissions reductions needed to get to net zero by 2050 would come from technology in one form or another.

Critics described that as mostly magical thinking — especially because Australia’s effort to reach net zero would also include support for hydrogen made from fossil fuels, which emit large amounts of carbon, along with rarely tested technologies such as carbon capture and storage, which involves locking carbon underground. Both can be read as another form of aid for the already-powerful coal and gas industries.

And when asked about cutting back on gas exploration or power plants that use fossil fuels, Morrison emphasized that the plan would protect jobs around the country.

In a statement published before the news conference, he put it more simply: “We want our heavy industries, like mining, to stay open, remain competitive and adapt, so they remain viable for as long as global demand allows.”

In other words, critics argued, Australia’s official policy is still delay, not commitment.

Terry Hughes, a climate scientist who directs a center for coral reef studies at James Cook University, said that if Australia was serious about climate change, it would ban new coal mines and gas fields instead of encouraging them.

“The plan,” he added, “is a lost opportunity that postpones any real action on reducing emissions.”