The train driver was released by firefighters and taken to hospital along with a guard and two of the train's nine passengers. 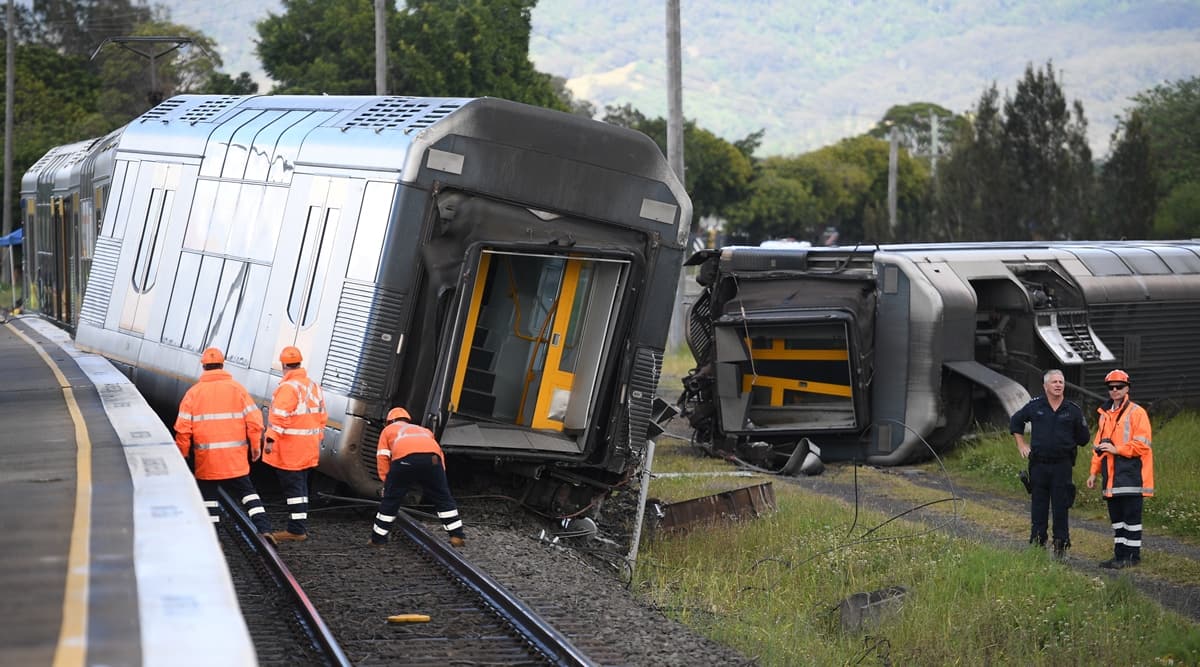 An early morning commuter train partly derailed after hitting a van abandoned on tracks near Sydney on Wednesday, trapping the driver and leaving others with minor injuries, authorities said.

The four-car train hit the vehicle in Wollongong, about 90 km south of Sydney at 4.15 am local time, knocking the front carriage onto its side and tilting the second carriage, emergency services said.

The train driver was released by firefighters and taken to hospital along with a guard and two of the train’s nine passengers.

Police set up a crime scene after a person was reported running away from the scene. It was not known how long the van had been parked on the tracks.

“I was speaking to some of the railway workers on site and when they see a train in that position, they immediately expect fatalities, so I think it is very fortunate no-one was hurt,” NSW Police Superintendent Craig Ireland told reporters.

Passenger numbers on trains in and around Sydney are still lower than pre-pandemic levels as the country’s most populous city reopens. The incident adds to commuter problems around Sydney where train drivers had already planned a strike over privatisation plans on Wednesday which was expected to shut down 70% of trains.

“This will be a massive recovery operation and will cause some disruptions to public transport too to get that back on track,” Ireland said.