A court in Minsk has found opposition activist Maria Kolesnikova guilty on charges of trying to seize power and of extremism. Kolesnikova, who tore up her passport to prevent expulsion, faces 11 years in prison. 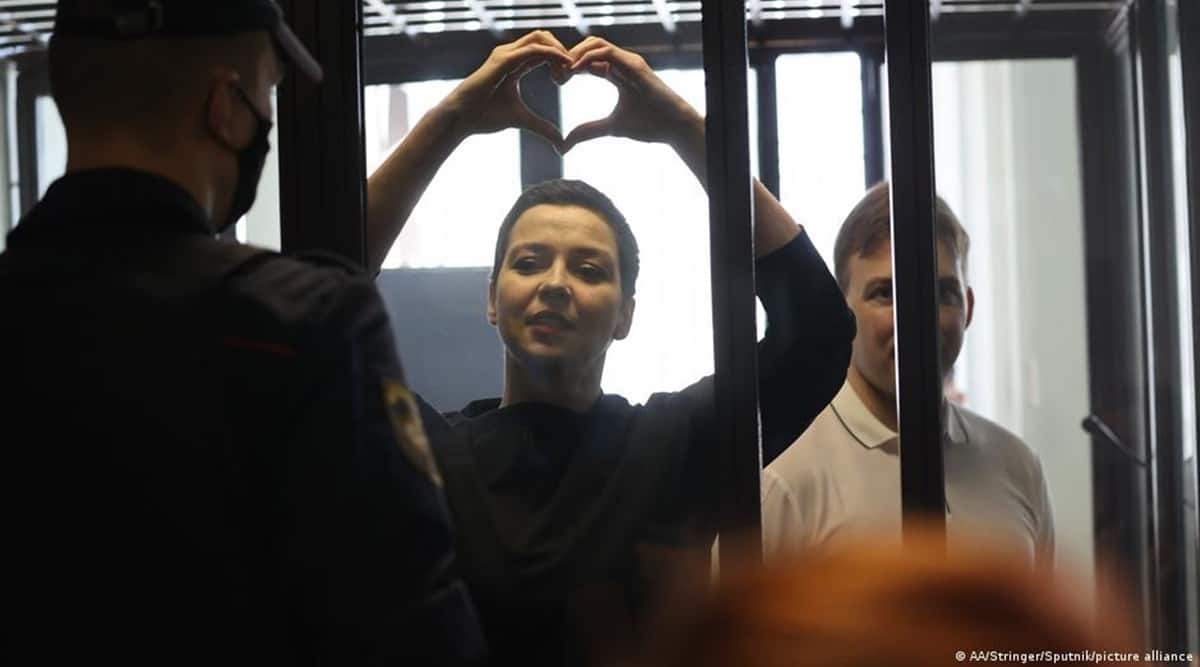 A guilty verdict has been delivered in the case involving Belarusian activist Maria Kolesnikova. The activist was charged with attempting to seize power and with extremism by Belarusian authorities.

Kolesnikova is a member of the opposition Coordination Council and was arrested in September. She now faces an 11-year prison term.

The EU has condemned the “blatant disrespect” of rights following Kolesnikova’s conviction and called for her immediate and unconditional release. US Secretary of State Antony Blinken condemned the “politically motivated and shameful sentencing” of Kolesnikova.

Who is Maria Kolesnikova?

Kolesnikova has been a key opposition figure in leading demonstrations after the disputed election win of President Alexander Lukashenko almost exactly a year ago, on August 9, 2020.

The 39-year-old had been a musician and had worked on of cultural projects. She spent a number of years living in Stuttgart, Germany.

She then joined former banker Viktor Babariko’s election campaign. Babariko was sentenced to 14 years behind bars in July, as the Lukashenko regime clamps down on opposition figures after the contentious vote.

Belarusian authorities tried to expel Kolesnikova in September 2020. The country’s security agency drove her to the border with Ukraine in an attempt to forcibly remove her from the country. Kolesnikova tore up her passport and walked back into Belarus where she was taken into custody.

When her trial began last week she danced and smiled in continued acts of defiance against Lukashenko’s regime.

“When we see her at the court she tries to hold on and keep her positive energy and every time we see her, she is trying to smile,” Maria Dryndova, a Belarus analyst at Bremen University told DW.

Thousands of political opponents have been arrested and many who have fled the country and are now living in exile.

In one such instance, Belarusian Olympic sprinter Krystsina Tsimanouskaya refused to leave Tokyo after being ordered to go home by coaching staff. The athlete said she was in danger should she return.

She is currently living in exile in Poland after the country granted her a humanitarian visa.

Belarus’ Baltic neighbors also accuse Minsk of intentionally steering irregular migrants towards their borders in a bid to pressure the EU into reconsidering sanctions against Lukashenko’s regime.