In 2015, about 195 countries agreed to limit the rise in global average temperatures this century to "well below" 2 degrees Celsius and ideally to 1.5C above preindustrial levels. 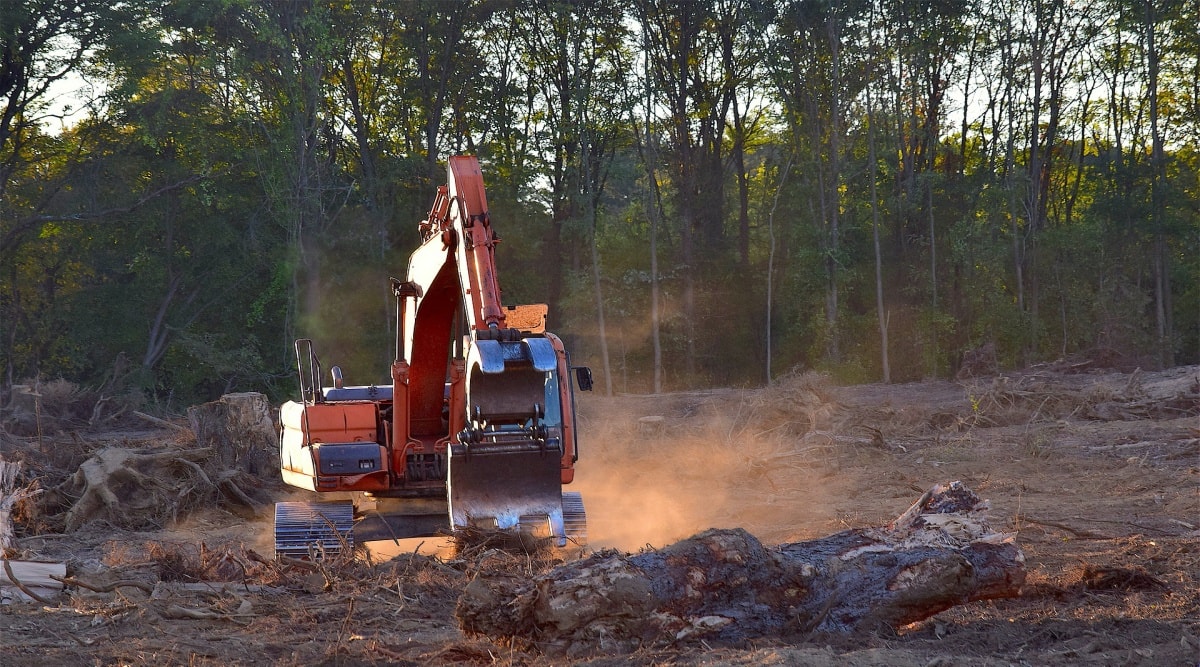 World leaders attending the COP26 U.N. climate summit should focus not only on abandoning fossil fuels but also on setting ambitious goals to end deforestation – and expand funding and rules to drive forest protection, environmentalists are urging. More than 100 world leaders have confirmed they will attend next month’s COP26 U.N. climate summit in Glasgow in person.

One key aim for the conference is moving finance out of polluting fossil fuels – especially coal – which are responsible for the lion’s share of climate-heating emissions. But green groups say the importance of carbon-storing forests in curbing global warming is being overlooked by many nations – especially in their climate funding – with limited progress on transforming economies to become deforestation-free. In 2015, about 195 countries agreed to limit the rise in global average temperatures this century to “well below” 2 degrees Celsius and ideally to 1.5C above preindustrial levels.

“COP26 provides a great opportunity to establish forests at their rightful place, high on the climate agenda,” said Frances Seymour, a distinguished senior fellow at the World Resources Institute, a U.S.-based think-tank.

“We need to start thinking about tropical deforestation the way we think about coal: we have to phase it out as quickly as possible, otherwise the goals of the Paris Agreement will remain out of reach,” she told the Thomson Reuters Foundation.Cutting down forests has major implications for global goals to curb climate change, as trees absorb about a third of carbon emissions produced worldwide, which they release if they rot or are burned.

Forests also provide food and livelihoods, help clean up air and water, support human health, are an essential habitat for wildlife, aid tropical rainfall and offer flood protection.But in 2020, tropical forest losses around the world equalled the size of the Netherlands, according to monitoring service Global Forest Watch.Of the world’s original rainforest, about a third has already been completely destroyed, while another third is in a degraded condition, said Toerris Jaeger, secretary general of the Oslo-based Rainforest Foundation Norway (RFN).

All emissions reduction scenarios that limit warming to 1.5C “depend on urgently ending and reversing this destruction of the rainforest”, he added.

Forests sequester over 7 billion tonnes of carbon dioxide annually – 1.5 times more than that pumped out by the United States, the world’s second largest emitter, said Danny Marks, assistant professor of environmental politics and policy at Dublin City University.But emissions from forests have been increasing recently.”If we want to address climate change, we need to stop deforestation,” said Marks. “Unfortunately, compared to reducing fossil fuel emissions, forests are not getting the attention they deserve ahead of COP26.

“That must change, he added, pointing to the more than 1 billion people who depend on forests for their livelihoods.

He also noted that the potential for forests to mitigate carbon emissions is higher than other solutions because preserving them avoids their carbon stocks being released, while as restored forests grow, they also capture carbon from the air.Stopping deforestation, alongside other efforts to protect natural systems like mangroves and wetlands, could get the world more than a third of the way to limiting warming to 2C, he said.

It is also cost-effective as it does not require expensive or unproven technology like carbon capture and storage for reducing emissions from industrial processes, he added.In Indonesia, home to the world’s third-largest tropical forests, conservationists are using cheap audio sensors to
listen out for chainsaws to tackle illegal logging, while ex-loggers are being trained to fight forest fires, for example.

Marks said less than 3% of funding for measures aimed at reducing emissions is devoted to forest protection.

“COP26 therefore represents a crucial opportunity for countries to immediately do more on forests,” he added.

In the run-up to COP26, governments and businesses have shown growing interest in providing financial support to protect nature and forests – and green groups expect that to continue.Private donors last month pledged a record $5 billion to help safeguard the planet’s plants, animals and ecosystems.

But without placing the rights of indigenous peoples and local communities at the core of the response to tropical deforestation and allocating direct funding to their efforts, the forests will not be saved, said RFN’s Jaeger.

Last year, for example, one indigenous community in Brazil helped protect the Amazon by negotiating with illegal gold miners to stop operations and remove their equipment.

Globally, about 35% of protected natural areas are traditionally owned, managed, used or occupied by indigenous and local communities, yet they are rarely considered in the design of conservation and climate programmes, researchers say.

The people of Guyana’s South Rupununi region are already experiencing worsening climate-change impacts – such as flooding and heatwaves – said Immaculata Casimero, co-founder of the Wapichan Wiizi Women’s Movement, a local advocacy group.Governments should issue legal titles to indigenous people for their lands and territories, given their positive role in curbing global warming, she said.

“We must see direct payments to communities who are actually protecting the forests and not to states,” Casimero added.

Conservationists blame the production of commodities like palm oil and minerals for much of the destruction of forests, as they are cleared for plantations, ranches, farms and mines.Over the last decade, pressure from consumers and green groups has pushed major brands that grow, trade or buy
commodities to pledge to end deforestation.

Many have promised to only buy supplies certified as sustainable, and have teamed up with green groups to root out deforestation from supply chains, including by investing in technologies to track what is happening on the ground.

Environmentalists urged countries at the COP26 climate summit to consider removing subsidies that are harmful to forests, and to introduce trading rules that exclude companies or investors linked to forest destruction.

“More must be done to address the drivers of deforestation – commercial agriculture expansion, such as palm oil, soy, beef, and tree plantations,” said Dublin City University’s Marks.”Governments should do more to crack down on and pressure these industries and the banks which finance them.”