Hong Kong protests: Officials in China reportedly want the situation in Hong Kong to stabilise before making a final decision, as they do not want to be seen to be giving in to violence. 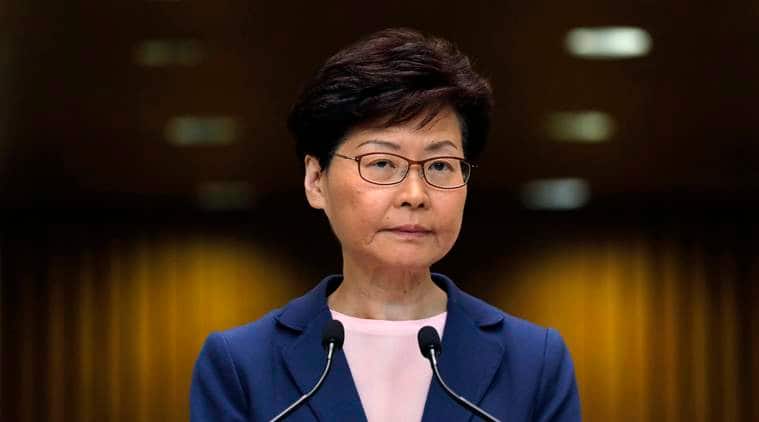 China is drawing up a plan to replace Hong Kong leader Carrie Lam with an “interim” chief executive, the Financial Times reported, citing people briefed on the deliberations, which would bring to a close Lam’s rule after months of often-violent pro-democracy protests.

Lam has become a lightning rod for protests over fears that Beijing is tightening its grip, limiting the freedoms enjoyed under the “one country, two systems” principle enshrined when colonial ruler Britain handed Hong Kong back to China in 1997.

Sources told the FT that officials in China want the situation in Hong Kong to stabilise before making a final decision, as they do not want to be seen to be giving in to violence.

If Chinese President Xi Jinping decides to go ahead, Lam’s successor would be appointed by March and cover the remainder of her term, which ends in 2022, the newspaper said.

The leading candidates to succeed Lam include Norman Chan, the former head of the Hong Kong Monetary Authority, and Henry Tang, who has also served as the territory’s financial secretary and chief secretary for administration, the report said.

In September, in response to a Reuters report about a recording of Lam saying she would step down if she could, she said she had never asked the Chinese government to let her resign to end the Chinese-ruled city’s political crisis.

Hundreds of thousands of people have taken to the streets in Hong Kong since mid-June in sometimes violent protests against a now-suspended draft bill that could have seen people sent to mainland China for trial in Communist Party controlled courts.

Although the bill was finally withdrawn, the protests have continued, defying police rulings banning them.

China has denied the accusation it is eroding the freedoms granted in 1997, and has blamed foreign nations such as the United States and Britain for inciting unrest.