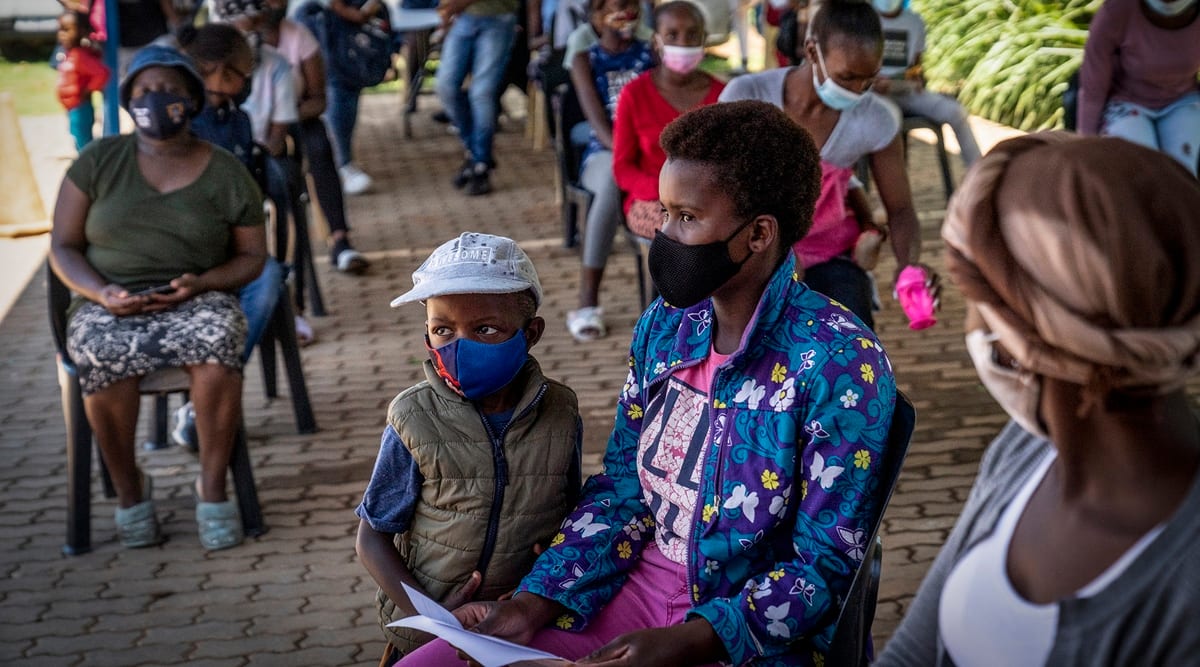 South African experts have expressed concern about the rising number of Covid-19 infections among young children, even as the country recorded a further 16,055 infections and 25 deaths overnight on Friday.

“We have always seen children not being heavily affected by the Covid epidemic in the past (and) not having many admissions (to hospitals). In the third wave, we saw more admissions in children under five and in teenagers who were 15 to 19. Now, at the start of this fourth wave, we see quite a sharp increase across all age grops, but particularly in the under-fives,” said Dr Waasila Jassat of the National Institute of Communicable Diseases (NICD) at a media briefing by the Health Ministry on Friday.

“The trend that we are seeing now that is different from what we saw before is the particular increase in hospital admissions in children under five years,” Jassat added.

Dr Michelle Groome, also from the NICD, said more research would be done to investigate the reasons behind this phenomenon.
“It is still very early on in the wave. At this stage, it has just started in the younger age groups and we will know more (by) monitoring this age group in the coming weeks.

“We do just need to highlight the importance of surge preparedness to also include paediatric beds and staff,” Groome said.

Dr Ntsakisi Maluleke, an official of the health department in Gauteng province, which is the worst hit with up to 80 per cent of the daily infections, also expressed concern.

“The phenomenon of younger age groups as well as pregnant women having increased infection is currently being investigated,” Maluleke said.

“We are hoping that in the coming weeks we will also be able to give reasons for why this particular cohort of patients is having increased infections,” she added.

Health Minister Joe Phaahla said at the briefing that infections and positivity rates were rising in seven of South Africa’s nine provinces.

“Only the Free State and Northern Cape are currently showing low numbers and low positivity rates. Even though with them, we are not talking about the one to two per cent, but between three and five per cent positivity rates,” he said.

“While we are still dealing with few days and limited data, indications are that this variant is indeed highly transmissible, including infections of people who have been vaccinated, but the infections are causing mostly mild illness, especially for those who are vaccinated,” the minister said.

“At this stage, even in Gauteng province, which accounts for 80 per cent of the new daily infections, we have not yet reached threatening stages in terms of our hospital capacity and new hospital admissions.

“The trend is indeed that of a rapid rise in cases, but we hope that the mild nature of the illnesses among those who are infected will continue to be the dominant feature,” the minister said.

Phaahla provided an assurance that both the national and Gauteng provincial health services will be able to handle those who become seriously ill.

However, one risk identified was that even if they have mild illnesses, health care workers would have to go into isolation leading to shortages of skilled staff at hospitals.

The health minister said national and provincial authorities were looking into addressing this urgently.

Dr Ramphelane Morewane of the National Department of Health said a contingency plan has been put in place across South Africa to ensure that hospitals never run short of oxygen during the fourth wave.