According to police, the FIR against Tara Yadav and her unnamed supporters has been registered on a complaint by Deoria District Congress Committee vice-president Julekha Khatoon. 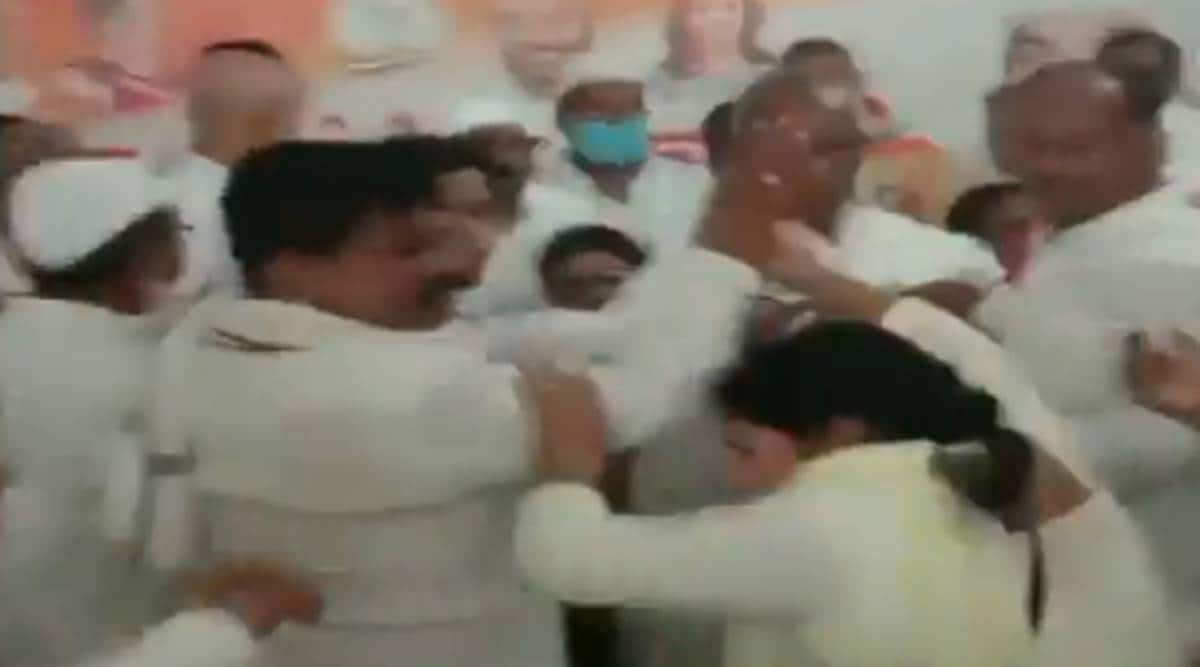 A Congress leader has filed a case against party worker Tara Yadav, who has already moved police alleging she was roughed up at a recent party meeting in Deoria, accusing her of beating up her colleagues at the event.

According to police, the FIR against Tara Yadav and her unnamed supporters has been registered on a complaint by Deoria District Congress Committee vice-president Julekha Khatoon.

Kotwali police station house officer CB Singh said Khatoon has alleged in her complaint that Tara Yadav roughed up the party’s national secretary Sachin Naik and misbehaved with him at the meeting venue.

On Saturday, Tara Yadav had alleged she was manhandled by her colleagues at the party meet in Deoria after she said that a “rapist” had been given the ticket for the by-election to Deoria assembly seat, prompting the party to order a probe and expel two members for “indiscipline”.

National Commission for Women chairperson Rekha Sharma had taken note of the matter and said she had written to Uttar Pradesh Director General of Police seeking strict action against the accused.

Tara Yadav has already lodged a police complaint against four office-bearers of the party, including the district president, for allegedly beating up and molesting her.

Deoria Additional Superintendent of Police Sishya Pal had said on Sunday the FIR was registered on Tara Yadav’s complaint against some of her party leaders and a probe initiated.

As the videos of the ugly scenes at the meeting held on Saturday went viral sparking outrage, an embarrassed state unit of the Congress said it has expelled Deendayal Yadav and Ajay Kumar Sainthwar for indiscipline.

It had, however, termed the incident as a “political conspiracy” to defame the party.

According to eyewitnesses, Tara Yadav allegedly tried to “manhandle” party secretary Sachin Naik, and also hurled a bouquet towards him during the Saturday meeting.

She was protesting over the party nominating Mukund Bhaskar Mani for the November 3 by-polls, accusing him of being a rapist, a charge denied by Mani.

As she hurled a bouquet towards Sachin Naik, angry workers allegedly roughed up Yadav and whisked her out of the meeting venue, the eyewitnesses claimed.

Tara Yadav, who claimed to be associated with the party for four years, said she was only questioning the choice of candidate and never expected that the party members would react in such a manner.