The president, who is on a four-day state visit to Japan, was treated to a welcome ceremony full of pomp and pageantry. 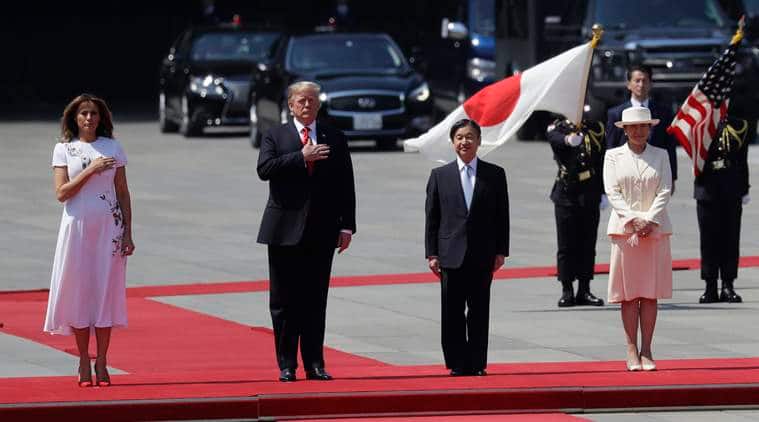 President Donald Trump got the red carpet treatment Monday at Japan’s Imperial Palace where he made history, becoming the first world leader to meet with the new emperor of Japan.

Emperor Naruhito ascended to the throne on May 1, opening what is called the era of “Reiwa,” or “beautiful harmony.” The president and first lady Melania Trump kicked off the formal visit with handshakes and greetings with Naruhito and Empress Masako.

The president, who is on a four-day state visit to Japan, was treated to a welcome ceremony full of pomp and pageantry. On a hot, sunny day, Trump stood at attention alone atop a platform before he walked along a red-carpeted route to review troops.

Military bands played and Trump passed in front of a group of schoolchildren feverishly waving US and Japanese flags. Trump later will go to the Japanese state guest house for meetings, a working lunch and joint news conference with Japanese Prime Minister Shinzo Abe.

The president will also be the guest of honour at an imperial banquet at the palace hosted by the emperor.