Trump said he would appoint a replacement “next week,” setting off a process that should offer clues to where the president wants to take his foreign policy before next year’s election. 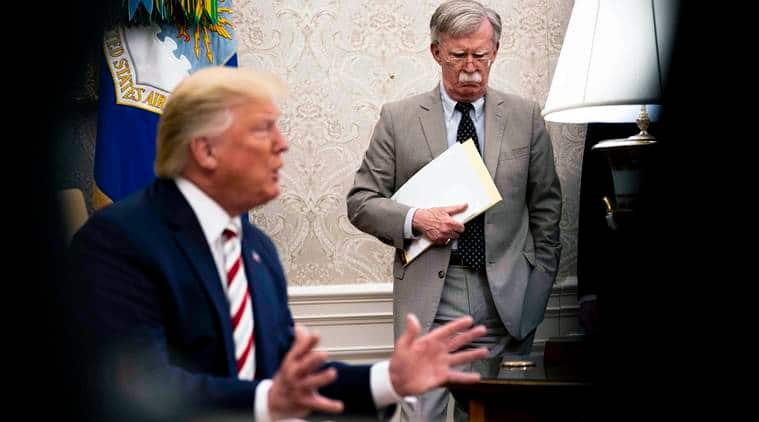 President Donald Trump announced Tuesday that he had fired John Bolton, his third national security adviser, amid fundamental disagreements over how to handle major foreign policy challenges like Iran, North Korea and most recently Afghanistan.

“I informed John Bolton last night that his services are no longer needed at the White House,” the president wrote on Twitter. “I disagreed strongly with many of his suggestions, as did others in the Administration, and therefore I asked John for his resignation, which was given to me this morning. I thank John very much for his service.”

Bolton disputed the president’s version of how the end came in his own message on Twitter shortly afterward. “I offered to resign last night and President Trump said, ‘Let’s talk about it tomorrow,’” Bolton wrote, without elaborating.

Responding to a question from The New York Times via text, Bolton said his resignation was his own initiative, not the president’s. “Offered last night without his asking,” he wrote. “Slept on it and gave it to him this morning.”

Trump said he would appoint a replacement “next week,” setting off a process that should offer clues to where the president wants to take his foreign policy before next year’s election. In the meantime, a White House spokesman said Charles Kupperman, the deputy national security adviser, would be his acting adviser.

The national security adviser’s dismissal came so abruptly that it was announced barely an hour after the White House scheduled a briefing on terrorism for 1:30 p.m. at which Bolton was supposed to appear alongside Secretary of State Mike Pompeo and Treasury Secretary Steven Mnuchin. But Bolton left the White House, and the briefing proceeded without him.

He spent much of the last week waging a last-minute battle to prevent Trump from signing off on a peace agreement with the Taliban militant organization, which he viewed as anathema — a deal that the president was preparing to finalize by inviting the Taliban leaders to Camp David.

Trump ultimately did scrap plans for the Camp David meeting and said Monday that talks with the Taliban were now “dead.” But Trump’s aides were furious over news reports saying that Bolton opposed the meeting because they saw the leaks as working against the president’s interests.