In the village of Sevington, bulldozers, dump trucks and cement mixers swarm noisily over a field. They are chewing up land to create part of Britain's new border with the European Union, a customs clearance depot with room for up to 2,000 trucks. 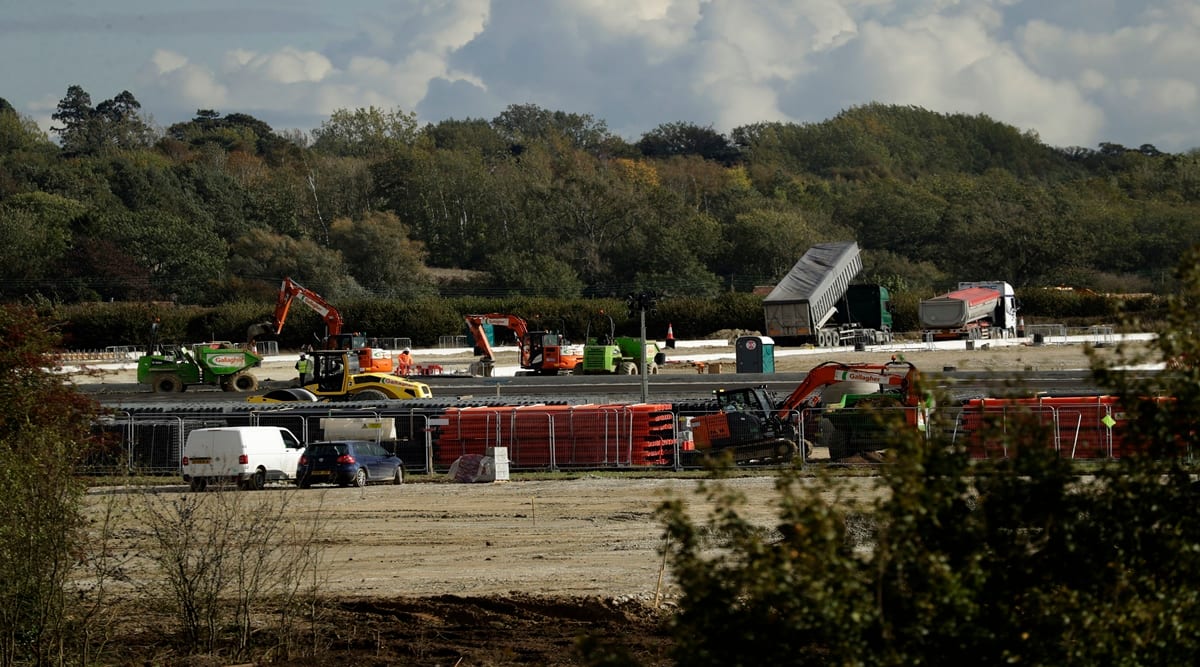 Four years after Britain voted to leave the European Union, Brexit can still seem abstract. But in the county known as the Garden of England, it is literally taking concrete form.

Just beyond the ancient oaks and yews that surround medieval St. Mary’s Church in the village of Sevington, bulldozers, dump trucks and cement mixers swarm noisily over a field. They are chewing up land to create part of Britain’s new border with the European Union, a customs clearance depot with room for up to 2,000 trucks.

No one asked local people for permission, and even in this Brexit-backing area, the disruption is straining support for the UK’s rupture with the EU.

“The first anyone knew about it was when a sign went up saying the footpaths had been closed”, said Sharon Swandale, whose home in the village of Mersham used to be a 20-minute walk from Sevington. Closure of the path for construction work means it’s now an almost 4-mile (6.4-kilometer) drive.

This county, Kent, voted by 60%-40% to leave the EU in Britain’s 2016 referendum, but Swandale said visions of truck stops and customs depots were not uppermost in their minds.

“That was never part of the actual selling and the marketing for Brexit”, she said.

Between them, the two routes carry 4 million trucks a year, filled with food and all manner of other essential items. Those goods moved back and forth freely while Britain was part of the EU’s single market and customs union.

The UK left the bloc’s political structures in January, and will make an economic break when a transition period ends December 31.

That means Britain must erect a customs border with the 27-nation EU, its biggest trading partner.

Opponents of Brexit say it is a waste of money and effort that will hurt businesses on both sides. For supporters, it’s all part of taking back control of the country’s borders and trade.

But everyone agrees it means new red tape, with the need for customs declarations and inspections. If the U.K. and the EU fail to strike a free trade deal before the end of the year, tariffs will be slapped on many goods, bringing more disruption, bureaucracy and expense.
Prime Minister Boris Johnson’s Conservative government has been reluctant to disclose details of its border plans.

But last month it admitted its “reasonable worst-case scenario” involved “7,000 port-bound trucks in Kent and associated maximum delays of up to two days.”

The government’s plans for limiting the disruption include converting parts of a highway into a temporary parking lot for trucks, and imposing a “Kent access pass”, essentially a passport that truckers heading for the EU must have to enter Kent from other parts of Britain.