All 169 seats in parliament are up for grabs, and at least nine parties – four on the right, five on the left – are expected to win seats. 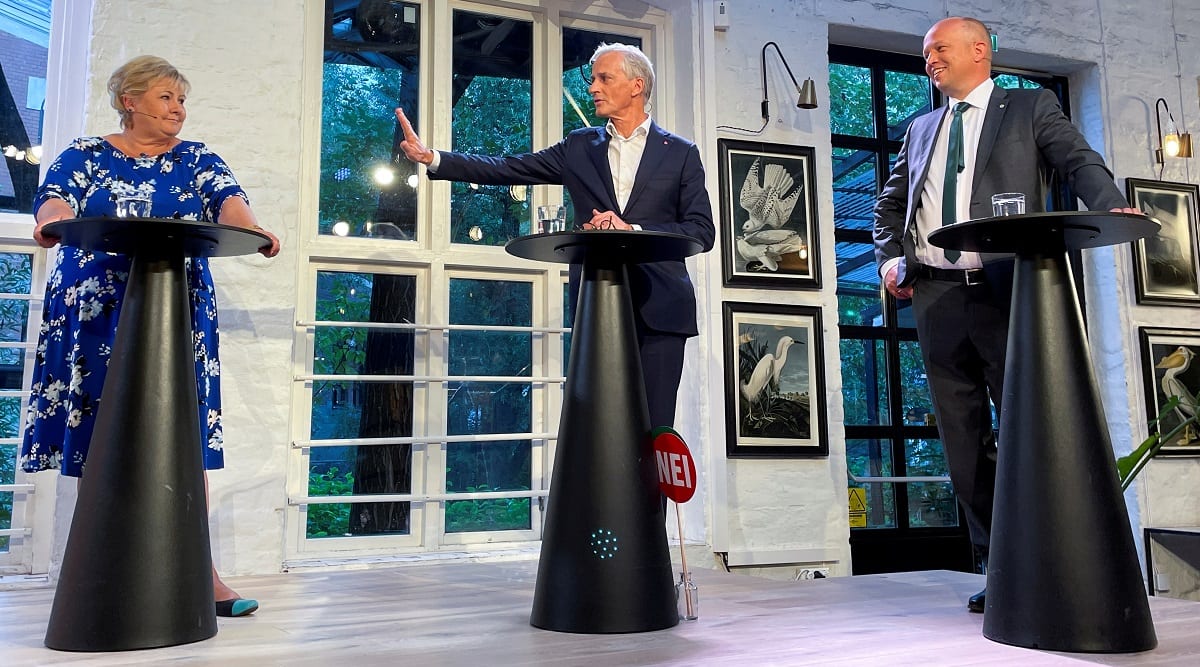 Norwegians will vote on September 12-13 to pick a parliament and government for the next four years, with opinion polls showing the centre-left opposition is poised to win power after eight years of Conservative-led rule.

Exit polls and forecasts based on early votes will be published on Monday at 1900 GMT, and most ballots will be counted within three to four hours.

Below is a summary of key policy differences and the dynamics of the race:

All 169 seats in parliament are up for grabs, and at least nine parties – four on the right, five on the left – are expected to win seats under Norway’s system of proportional representation.

There are three candidates for the job of prime minister – the incumbent Erna Solberg of the Conservatives, Labour’s Jonas Gahr Stoere, who is favourite to win, and Centre Party leader Trygve Slagsvold Vedum, an outsider in the race.

If opinion polls are correct, Labour’s Stoere will likely get the job of forming a coalition government, but must meet tough demands from smaller parties to keep their support over the next four years.

Norway does not permit snap elections.

Petroleum policy presents perhaps the biggest challenge for the next prime minister, and the future of Norway’s largest industry has been front and centre of the campaign.

Citing concerns over climate change, several small parties – the Socialist Left, the Liberals, the Greens and the Reds – seek to halt oil and gas exploration, which brings in almost half the country’s export revenues.

On the right, the Conservatives are dependent on the eco-friendly Liberals, who aim to halt exploration for any new reserves. Solberg is unlikely to accept that goal if she wins, but must find ways to satisfy her party’s junior partner.

If Labour wins, it faces a similar demand from the Socialist Left to stop drilling for new reserves. But Stoere’s own party is wary of the job losses that could follow, and its other likely partner, the Centre Party, favours continued drilling.

The strongest anti-oil stance is taken by the Green Party, which wants to immediately halt exploration and to end all oil and gas output in Norway by 2035. Stoere says he will reject the Greens’ attempt at setting ultimatums.

With $1.4 trillion saved up from Norway’s extensive oil and gas industry, all of it invested in foreign stocks, bonds and other assets, the next parliament faces questions over spending from the fund, as well as of proposed changes to the portfolio.

The fund now contributes a quarter of annual government spending, making Norway vulnerable in case of a sustained downturn in global financial markets. The government has proposed cutting the spending after the pandemic.

The fund itself should meanwhile push firms it invests in to eventually cut their greenhouse gas emissions to nil by 2050, in line with the Paris Agreement, a government-appointed commission recently recommended.

If Labour’s Stoere emerges as prime minister, he will face pressure from his centre-left partners to alter non-member Norway’s extensive participation in the European Union’s single market.

At stake is Norway’s membership in the European Economic Area (EEA) treaty, strongly favoured by both Labour and the Conservatives but opposed by the euro-sceptic Centre Party, the Socialist Left and the Reds.

If the centre-left wins, Stoere has promised tax relief for low- and middle-income families and hikes for the top 20% of incomes. Labour also seeks to increase wealth taxation.