While the research on mixing and matching doses is somewhat thin, the approach does have a track record in Europe. In January, Britain authorized mixing and matching in instances in which patients did not have access to doses of the first vaccine they had received. 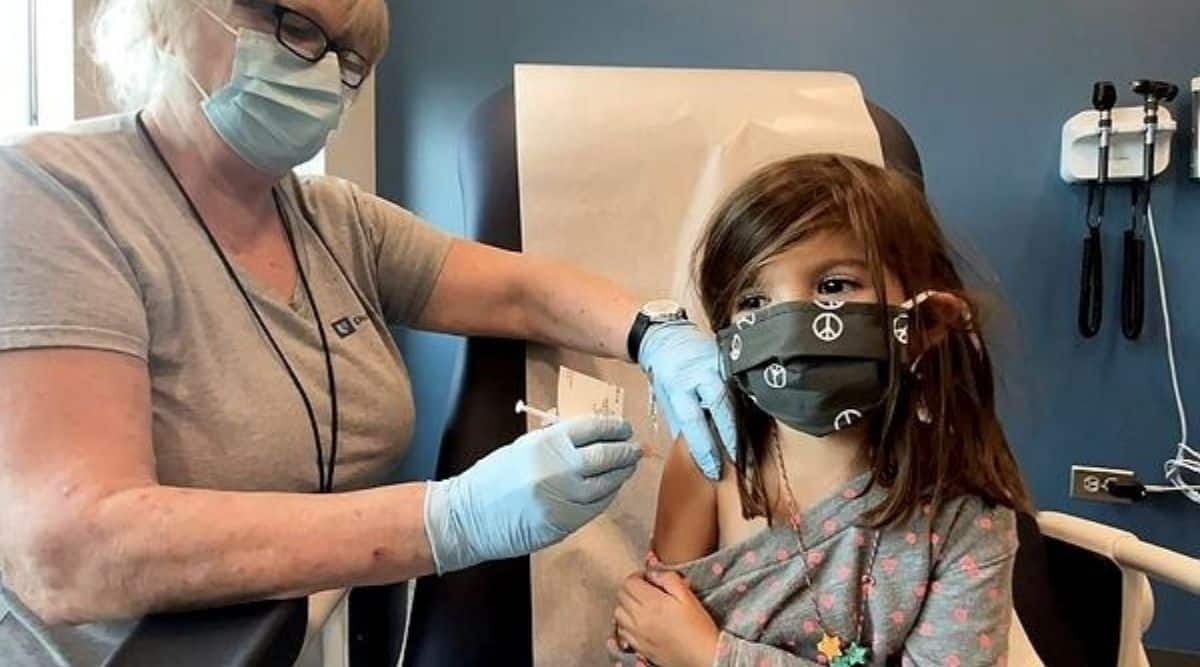 When an advisory panel to federal regulators endorsed boosters for Johnson & Johnson’s one-dose COVID-19 vaccine Friday, the scientists on the committee discussed a question many people are asking: Is it a good idea to mix and match vaccines?

The question came up after the panel heard a presentation about a study showing that the mix-and-match approach gives patients who received the Johnson & Johnson vaccine a stronger antibody response.

Dr. Peter Marks, a top Food and Drug Administration official, told the panel that the agency might consider allowing Johnson & Johnson recipients to receive a booster shot of the Moderna or Pfizer-BioNTech vaccines. But Marks, who oversees the FDA’s vaccine division, gave no timetable for that decision, saying only that authorization of a different vaccine as a booster for Johnson & Johnson recipients was “possible.”

The panel heard from Dr. Kirsten Lyke of the University of Maryland School of Medicine about the study, in which she and her colleagues found that Johnson & Johnson recipients may benefit more from a Moderna or Pfizer booster. The study, conducted by the National Institutes of Health, examined different combinations of the three vaccines.

“It’s a real-world, practical question that people want to know: Is it safe to do that?” she said at the meeting.

While the research on mixing and matching doses is somewhat thin, the approach does have a track record in Europe. In January, Britain authorized mixing and matching in instances in which patients did not have access to doses of the first vaccine they had received.

Preliminary results from a British study released in June also showed promise. A dose of the Pfizer vaccine and an AstraZeneca shot produced a protective immune response. The study found that the side effects of mixing inoculations were stronger than those caused by two doses of the same vaccines, but they were short-lived.

During the spring, many people younger than 60 in Germany received one shot of the AstraZeneca vaccine followed by a dose of the Pfizer vaccine or the one from Moderna. German authorities broadened their recommendation for vaccine mixing in July, out of concern over the delta variant, to include all recipients.

Several panelists said Friday that they felt comfortable with the amount of data the NIH researchers had gathered to recommend FDA authorization for mixing vaccines. Dr. Ofer Levy, director of the Precision Vaccines Program at the Boston Children’s Hospital at Harvard, said that many Americans had already taken the matter into their own hands, and he urged the FDA to step in.

“In the real world, all these kinds of combinations or extra boosters are already happening, so I think it’s a matter of some urgency for FDA to help sort out what is admittedly a complicated and challenging scenario,” he said. “We can’t hide from it. And I do think we need to give guidance to the public.”

Dr. Amanda Cohn, a CDC official, said that the FDA could perhaps include general language in its authorizations of the vaccines that would allow for combinations.

“From a public health perspective, there’s a clear need in some situations for individuals to receive a different vaccine,” she said.

The NIH trial looked only at antibody levels, which on their own are an insufficient measure of how well different combinations would protect people. Lyke said studies on immune cell responses were underway.

Referring to the limited data on mixing and matching, Dr. Johan Van Hoof, a Johnson & Johnson executive, said a booster was preferable. “These findings are important,” he said of the study, “but only a piece of the puzzle, and they don’t give the complete picture.”

Even so, some experts said the evidence was still pointing to switching vaccine platforms.

“At the end of the day, folks having the Johnson & Johnson should probably get an mRNA booster,” said Scott Hensley, an immunologist at the University of Pennsylvania. “It’s just a matter of how much data does the FDA need before making that recommendation?

“I wouldn’t want to be in their shoes,” he said.