The astronomical growth of food delivery apps in China is flooding the country with takeout containers, utensils and bags. And the country’s patchy recycling system isn’t keeping up. In all likelihood, the enduring physical legacy of China’s internet boom will not be the glass-and-steel office complexes or the fancy apartments for tech elites.

It will be the plastic.

The astronomical growth of food delivery apps in China is flooding the country with takeout containers, utensils and bags. And the country’s patchy recycling system isn’t keeping up. The vast majority of this plastic ends up discarded, buried or burned with the rest of the trash, researchers and recyclers say. 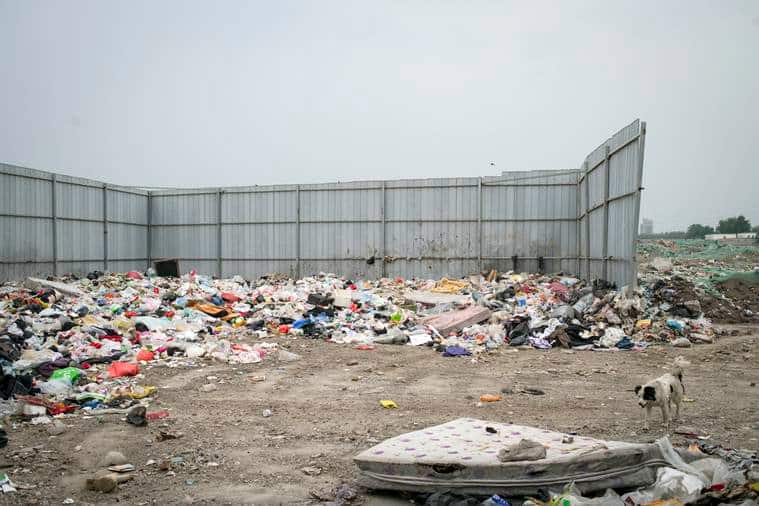 Put together, it is more than the amount of residential and commercial trash of all kinds disposed of each year by the city of Philadelphia. The total for 2018 grew to an estimated 2 million tons.

People in China still generate less plastic waste, per capita, than Americans. But researchers estimate that nearly three-quarters of China’s plastic waste ends up in inadequately managed landfills or out in the open, where it can easily make its way into the sea. More plastic enters the world’s oceans from China than from any other country. Plastic can take centuries to break down undersea. Recyclers manage to return some of China’s plastic trash into usable form to feed the nation’s factories. The country recycles around a quarter of its plastic, government statistics show, compared with less than 10% in the United States.

But in China, takeout boxes do not end up recycled, by and large. They must be washed first. They weigh so little that scavengers must gather a huge number to amass enough to sell to recyclers.

“Half a day’s work for just a few pennies. It isn’t worth it,” said Ren Yong, 40, a garbage collector at a downtown Shanghai office building. He said he threw takeout containers out. For many overworked or merely lazy people in urban China, the leading takeout platforms Meituan and Ele.me are replacing cooking or eating out as the preferred means of obtaining nourishment. Delivery is so cheap, and the apps offer such generous discounts, that it is now possible to believe that ordering a single cup of coffee for delivery is a sane, reasonable thing to do.

Yuan Ruqian knows that it is not. Yet she, too, has succumbed.

Like the time she was craving ice cream, but a newly opened Dippin’ Dots store seemed so far away. Or when she orders delivery for lunch, which is nearly every day.

Asked about the trash she generates, Yuan, 27, who works in finance in Shanghai, said: “Laziness is the root of all evil.” 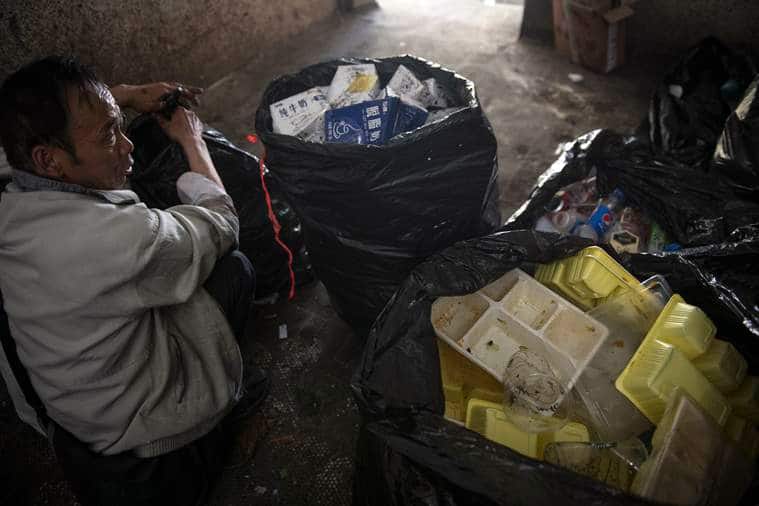 The transformation of daily life has been swift. Meituan says it delivered 6.4 billion food orders last year, a nearly 60% jump from 2017. Those orders were worth $42 billion in total, meaning the average order was $6.50 — about enough for a decent meal for one in a big Chinese city.

Ele.me — the name means “Are you hungry?” and is pronounced “UH-luh-muh” — has not disclosed similar figures. But across China’s major takeout apps, orders worth a combined $70 billion were delivered in 2018, according to the analysis firm iResearch.

By comparison, online food delivery sales in the United States are expected to total $19 billion this year, according to Statista. Uber says its Uber Eats service generated $7.9 billion in orders worldwide last year. GrubHub reported $5.1 billion in food sales and 159 million orders in 2018, implying an average order value of $32. Around the world, the convenience of such services comes with costs that can be easy to overlook. Labor controversies, for instance. Or roads made more hazardous by takeout couriers zooming around on motorbikes. Plastic waste is just as easily ignored, even when it is being generated and mismanaged on a titanic scale.

China is home to a quarter of all plastic waste that is dumped out in the open. Scientists estimate that the Yangtze River emptied 367,000 tons of plastic debris into the sea in 2015, more than any other river in the world, and twice the amount carried by the Ganges in India and Bangladesh. The world’s third and fourth most polluting rivers are also in China.

Takeout apps may be indirectly encouraging restaurants to use more plastic. Restaurants in China that do business through Meituan and Ele.me say they are so dependent on customer ratings that they would rather use heavier containers, or sheathe an order in an extra layer of plastic wrap, than risk a bad review because of a spill. “Meituan is deeply committed to reducing the environmental impact of food delivery,” the company said in a statement, pointing to initiatives such as allowing users to choose not to receive disposable tableware.

The e-commerce titan Alibaba, which owns Ele.me, declined to comment.

This deluge of trash might not be such a big problem were China not in the middle of a monumental, if flawed, effort to fix its recycling system. Recycling has long been a gritty, unregulated affair in the country, one driven less by green virtue than by the business opportunity in extracting value out of other people’s leavings.

The government now wants a recycling industry that doesn’t spoil the environment or sicken workers. The transition hasn’t been smooth.

China recently banned many types of scrap from being imported into the country, hoping that recyclers would focus on processing domestic material instead. That killed off a lucrative business for those recyclers, and left U.S. cities scrambling to find new dumping grounds for their cardboard and plastic. Some cities have been forced to end their recycling programs.

Other policies may inadvertently be causing fewer recyclables to be collected from China’s homes and offices. In Beijing, many scavengers who do this work have fallen victim to an aggressive government campaign to “improve the quality of the city’s population,” a euphemism for driving out migrant workers from the countryside.

To clean up the filthy air in Beijing, the government has also clamped down on “small, scattered polluting enterprises” in the capital region. Inspectors have since closed down hundreds of dingy backyard workshops that cleaned and processed plastic scrap.

Not everyone mourns the loss. For years, Mao Da, an environmental researcher, has studied the plastic industry in Wen’an County, near Beijing. Workers there used to sort through food and medical waste by hand, he said. Nonrecyclable material was buried in pits near farmland.

“It was an environmental and public health catastrophe,” Mao said.

So far, though, the crackdown hasn’t caused large, professionally managed recycling companies to fill the void. Instead, it has left the entire business in limbo.

In Chifeng, a small city northeast of Beijing, Zhang Jialin is pondering life after recycling.

For years, Zhang and his wife bought plastic scrap and ground it into chips. But the local authorities have stepped up environmental inspections. The city has slated Zhang’s street for demolition. He and other recyclers believe it is because officials consider their scrapyards an eyesore. The Chifeng government didn’t respond to a request for comment.

“What I do is environmental protection,” Zhang, 45, said. “I don’t let stuff get thrown everywhere. I break it down. I wash it.”