More than 800,000 older and disabled people who qualify for Medicaid are on state waiting lists for home care. 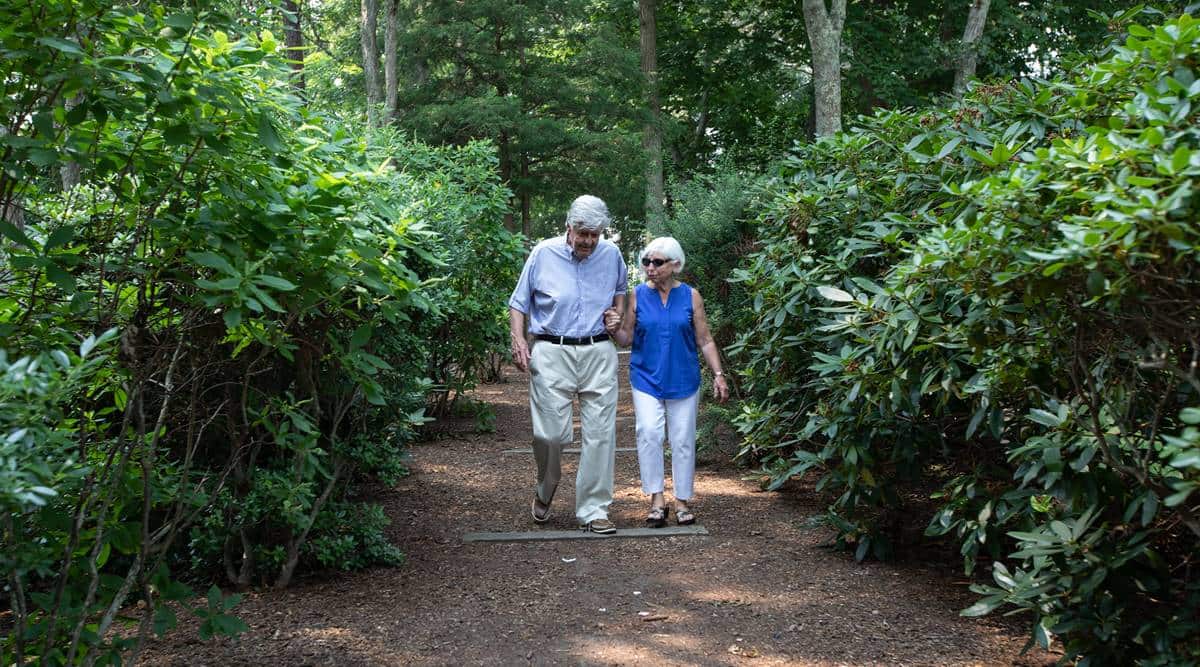 Almost daily, Terry Driscoll drives 40 minutes from her home in Yarmouth Port, Massachusetts, to see her husband, Ken, in his memory care facility.

That is not where she wants him to be. The Driscolls, both 72, have been a couple since college. When he was diagnosed with Alzheimer’s disease almost a decade ago, “my plan, always, was to keep him at home,” said Terry Driscoll, a nurse. “I thought, ‘I can handle this.’ ”

For years she managed, cutting back to part-time work, then retiring earlier than planned and relying on adult day programs and support groups through a local nonprofit. As her husband’s needs increased and she could not leave him for even short periods, she hired two part-time independent home care aides. “They were both wonderful,” she said.

But when the pandemic hit, she began to fear having outsiders in their home, and she let the aides go. Her daughter moved in for several months to help. In June, after Ken Driscoll was briefly hospitalized, the family transferred him to an assisted living community with memory care while he regained his stability and the family caught its breath.

“My goal is to bring him home,” Terry Driscoll said. Her quandary: She cannot shoulder his exhausting care alone, and she cannot find home care aides to hire.

Word-of-mouth has produced no candidates. Local agencies charging $30-$34 an hour tell her they have no workers available. “They all say the same thing: ‘We’ll put you on the waiting list. Call us after Labor Day,’ ” Terry Driscoll said. So her husband, at daunting expense, remains institutionalized.

For years, staffing shortages have plagued the home care industry — a hodgepodge of for-profit companies and chains, nonprofit programs and publicly funded care through Medicaid, all operating under a confusing welter of state and federal regulations, plus an uncharted “gray market” of clients who avoid agencies and hire privately. But COVID-19 has intensified the problem.

“I’ve never heard such frustration over finding workers, and I’ve been doing this for 20 years,” said Vicki Hoak, executive director of the Home Care Association of America, whose 4,000 member agencies collectively employ about 500,000 people.

The Bureau of Labor Statistics estimated job losses of 342,000 in the direct-care workforce last year — including nursing home and other residential care and home care staff. (Typically, employment in these categories rises each year.) The losses came either through layoffs or from people resigning because of health problems or fears related to COVID, lack of child care and other impediments.

By the end of 2020, employment in home care had rebounded and was only 3% below pre-pandemic levels, according to an analysis by PHI, a direct-care advocacy and research group.

The bigger problem, industry sources say, is growing demand. Whereas nursing home occupancy has declined for years and fell further during the pandemic, and assisted living is at about 75% of capacity, the number of people seeking home care keeps increasing.

More than 800,000 older and disabled people who qualify for Medicaid are on state waiting lists for home care. Agencies serving private-pay clients are turning away business.

Congregate living looks less attractive after COVID, as residents died and family members were locked out for months. Moreover, a return to workplaces means that some adult children can no longer provide elder care. Even before the pandemic, the Bureau of Labor Statistics projected the addition of 1 million home care jobs by 2029.

“The surge is here, and we can’t meet the need,” Hoak said. “It’s disheartening.”

In response, many agencies are offering signing bonuses to employees and those who refer new hires, usually paid out over several months. A $500 incentive is common, Hoak said, but one franchise of the national chain Home Instead dangled $1,200.

Seniors Helping Seniors, with more than 100 franchisees in 30 states, has begun paying new employees $100-$500 bonuses after three months, earmarking a portion of that amount as a donation to local Alzheimer’s Association organizations.

Its franchise operators employ about 7,000 home care aides, most older than 55. “We’re looking to add another 1,000 to 1,500 caregivers through this program,” said Namrata Yocom-Jan, its president.

In eastern Tennessee, where Ray Bales operates two Seniors Helping Seniors franchises, 11 people applied within a week after he advertised $200 bonuses on Facebook, he said. He hopes to attract 30-40 new workers. (None objected to funding the company’s philanthropy with $50 from their prospective bonuses, he said.)

But bonuses may not retain newcomers working in a field with notoriously high turnover — more than 80% in 2018, the Home Care Association found. Since then, turnover has fallen; still, two-thirds of agency employees have left each year.

Some aides are taking advantage of higher pay in retail, fast food and other industries. Others have moved to independent work, avoiding intermediaries who pocket at least half of what clients pay.

Wendy Gullickson, a licensed practical nurse in Wellfleet, Massachusetts, spent only a few months as a $13-an-hour agency worker before discovering that she could make $25 as a private aide — still less than local agencies charge. (Home care cost an average of $23-$24 an hour nationally last year but $29-$30 in Massachusetts.)

To advocates, therefore, the key to enticing new aides into home care is not a mystery. “What they need is a competitive wage because they can make as much or more in other sectors with full-time hours,” said Robert Espinoza, vice president of policy at PHI.

In 2018, the nation’s estimated 2.8 million home care aides, most of them women of color and about one-third immigrants, earned a median $12 an hour and $17,200 annually. Very few received benefits; more than half relied on food stamps, Medicaid or other public assistance.

“I don’t think a bonus is going to cut it anymore,” said April Verrett, president of Service Employees International Union Local 2015, which represents 400,000 home care workers in California’s Medicaid program. “Workers are choosing not to take jobs unless they’re guaranteed a family-sustaining wage.”

The union’s new contracts with counties will raise wages to about $16-$18 an hour within three years, with improved health benefits.

Given the worsening shortage, industry groups are grappling with how to respond. “How do we elevate this profession?” Hoak asked. “We recognize the critical condition we’re in today.” Yet private-pay home care is already unaffordable for many middle-class families.

Leading Age, which represents nonprofit senior care providers, has suggested a system of temporary visas and guest worker programs to bring elder care workers from overseas. And the Home Care Association supports a bipartisan bill providing a $5,000 federal tax credit (up from $3,000 in previous versions) to offset costs for family caregivers.

But those efforts, even if they succeed, cannot help Terry Driscoll bring her husband home this summer so they can have dinner on their deck and drive to the beach together.

She worries that continuing to pay $10,000 a month for memory care will undermine her financial security. But she also fears that trying to provide round-the-clock care by herself could endanger her own health. “You can be the strongest person in the world, but after a while you say, ‘I need a break,’ ” she said.

She keeps asking friends for leads and calling local home care agencies. They say they might be able to supply an aide by October.