The final document states current national plans on how to curb emissions will have to be strengthened "if necessary" and includes a pledge to halt financing of overseas coal-fired power generation by the end of this year. 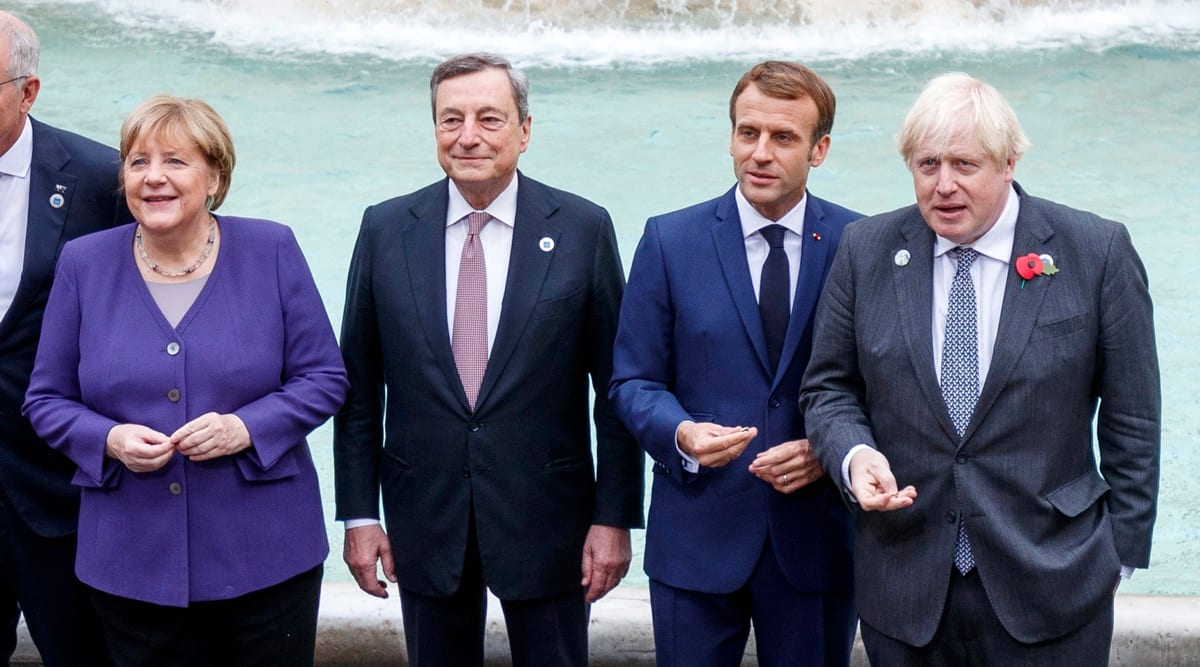 On the final day of the G20 summit on Sunday, leaders made a commitment to reach carbon neutrality “by or around mid-century”. In a final communique, they also called for “meaningful and effective” action to limit global warming at 1.5 degrees Celsius.

However, the communique contained few concrete actions and made no reference to a specific 2050 date to achieve net-zero carbon emissions that scientists say is vital to stave off disastrous climate change, Reuters reported.

Moreover, the communique removed references in a previous draft to the target to “reduce emissions significantly”. Instead, it stated that it recognises that the reduction of emissions is one of the quickest, most feasible and most cost-effective ways to limit climate change.

The communique also did not touch upon the dispute over vaccine patent waivers.

The final document states current national plans on how to curb emissions will have to be strengthened “if necessary” and includes a pledge to halt financing of overseas coal-fired power generation by the end of this year. “We recognize that the impacts of climate change at 1.5°C are much lower than at 2°C. Keeping 1.5°C within reach will require meaningful and effective actions and commitment by all countries,” the communique said.

However, the communique set no target for phasing out coal domestically, a clear nod to top carbon polluters China and India.

Western countries have moved away from financing coal projects in developing countries, and major Asian economies are now doing the same.

But China has not set an end date for building domestic coal plants at home. Coal is still China’s main source of power generation, and both China and India have resisted attempts for a G-20 declaration on phasing out domestic coal consumption.

Earlier, Britain’s Prince Charles urged leaders of the world’s biggest economies on Sunday to put words into action as they tackled the global climate change crisis on the final day of a weekend summit that is setting the tone for an even bigger UN climate conference opening in Glasgow, Scotland, the Associated Press reported.

Warning that “it is quite literally the last-chance saloon,” Charles told the G20 leaders that public-private partnerships were the only way to achieve the trillions of dollars in annual investment needed to transition to clean, sustainable energy sources that will mitigate the warming of global temperatures.

“It is impossible not to hear the despairing voices of young people who see you as the stewards of the planet, holding the viability of their future in your hands,” Charles told the presidents and prime ministers gathered in Rome.

(With inputs from Reuters and AP)