While other politicians have slammed a rumored 9,500 US-troop exit from Germany, Foreign Minister Heiko Maas says Berlin will simply "take note of" Donald Trump's plan. He admitted that US-German ties were "complicated." 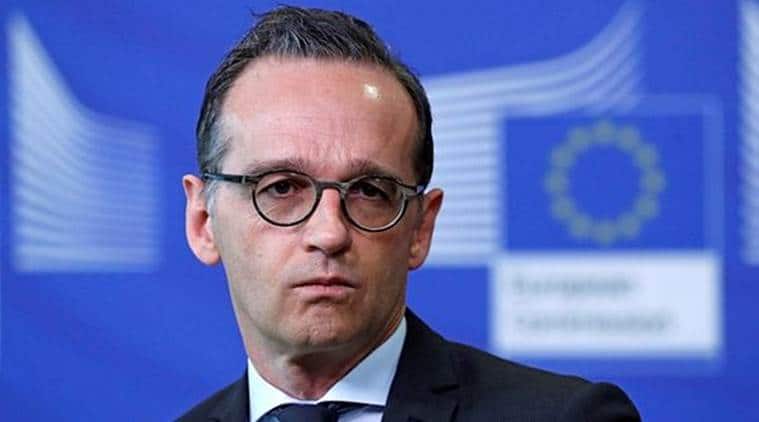 Germany’s top diplomat Heiko Maas on Sunday gave a mooted response to days of speculation that US President Donald Trump might slash US troop stationing in Germany from 34,500, capping it at 25,000 in the future.

“Should it come to the withdrawal of some of the US troops, we take note of this,” Mass told Germany’s Bild am Sonntag (BamS) newspaper.

Cooperation with US armed forces had been in the “interest of both of our countries,” said Maas.

On Friday the Wall Street Journal had reported that Trump had ordered the Pentagon to slash US troop numbers in Germany by 9,500.

Thousands to leave this year?

The German news magazine Der Spiegel put the intended withdrawal at between 5,000 and 15,000 by late this year.

“This would break transatlantic bridges,” exclaimed Peter Beyer, coordinator for transatlantic relations for the government of Chancellor Angela Merkel.

US troops, mainly across the southern half of Germany, are also supported by an estimated 17,000 US civilian employees.

US nuclear warheads are also reputedly bunkered at a German military air force base at Büchel in the western Eifel region — a Cold War leftover.

Rolf Mützenich, chairman of the center-left Social Democrats’ parliamentary group in the Bundestag, said the rumored US plan could lead to a “lasting realignment of security policy in Europe.”

“The strategic planning of the United States is shifting to Asia,” Mützenich told the Funke Media Group of newspapers.

“Embedding German security policy in a European environment is even more urgent and meaningful, although the challenges are greater than a few years ago,” he added, referring to the reputed US part-withdrawal.

“.. this should come as no surprise to anyone on this side of the Atlantic,” Trittin said, “but it should be deeply disturbing.”

Richard Grenell, a Trump ally, who last month left as US ambassador to Germany, had last year threatened a troop withdrawal, warning Germany to spend more on its military within NATO instead of its [budget] “surplus on domestic programs.”

On Saturday, Polish Prime Minister Mateusz Morawiecki said he hoped some of the US troops moved out of Germany would be reassigned to Poland.