“We have not only been looking into that in recent weeks, but on a regular basis,” German Foreign Minister Heiko Maas said at a news conference. “If there are things we consider to be illegal, that will have immediate consequences.” Germany warned of “immediate consequences” if Thailand’s King Maha Vajiralongkorn broke the law on its soil as thousands of protesters gathered outside its embassy in Bangkok on Monday, stepping up the pressure in their campaign for changes to the monarchy.

The demonstrators submitted a letter questioning the king’s legal status in the European country and requesting Germany to probe whether he has exercised royal authority during his time there in violation of the country’s law. The petition is meant to help Thailand return “to the path of truthful constitutional monarchy,” according to a joint statement issued by protest organizers.

“We have not only been looking into that in recent weeks, but on a regular basis,” German Foreign Minister Heiko Maas said at a news conference. “If there are things we consider to be illegal, that will have immediate consequences.”

The king, who is currently in Bangkok, spends much of his time in Germany. Calls to the Bureau of the Royal Household seeking comments went unanswered.

The march came as lawmakers began a debate on the pro-democracy demonstrations that pose a challenge to the royalist elite that has run Thailand for much of its history. The protesters want Prime Minister Prayuth Chan-Ocha to resign, changes to a constitution written after a 2014 coup and greater accountability and transparency for the monarchy — the most powerful institution in the country.

Prayuth, who has ignored calls to quit, said on Monday parliament will consider the process of charter amendment next month with a target to wrap it up in three readings in December. But the new constitution will not come into force until extensive public hearings are concluded, he said. Lawmakers are set to meet again on Tuesday.

The prime minister has previously said the government is open to amending some unspecified parts of the constitution though parliament last month stalled the charter amendment process. Protesters say the constitution, which allows a military-appointed Senate to vote for the prime minister, was instrumental in helping Prayuth maintain power.

Sompong Amornwiwat, a leader of the opposition Pheu Thai Party, said Prayuth must resign to de-escalate the situation and urged the government to consider protesters’ demand for amending the constitution without any delay. He also called for the immediate release of arrested pro-democracy activists and an end to harassment of those opposed to the government.

The protesters said the parliament sitting was being used to insult and slander the anti-government movement. “If politics is good, there would be no protests today,” the Thammasat group said on Facebook.

The protesters also asked Germany to clarify if King Vajiralongkorn will be liable to pay inheritance tax given his long stay in the European country and investigate the human rights record of the monarch and his courtiers, a copy of the letter released by the pro-democracy groups show.

The German government, which currently holds the EU’s rotating presidency, has to “take the initiative to freeze all trade negotiations with Thailand, as long as the military junta is blocking the path to democracy,” Schmidt told Bloomberg News.

Prayuth has struggled to quell the protest movement, forcing him to withdraw a state of emergency in the capital within a week of its imposition and asking protesters to “take a step back” to de-escalate the situation. But protesters rejected the olive branch and called for more protests. 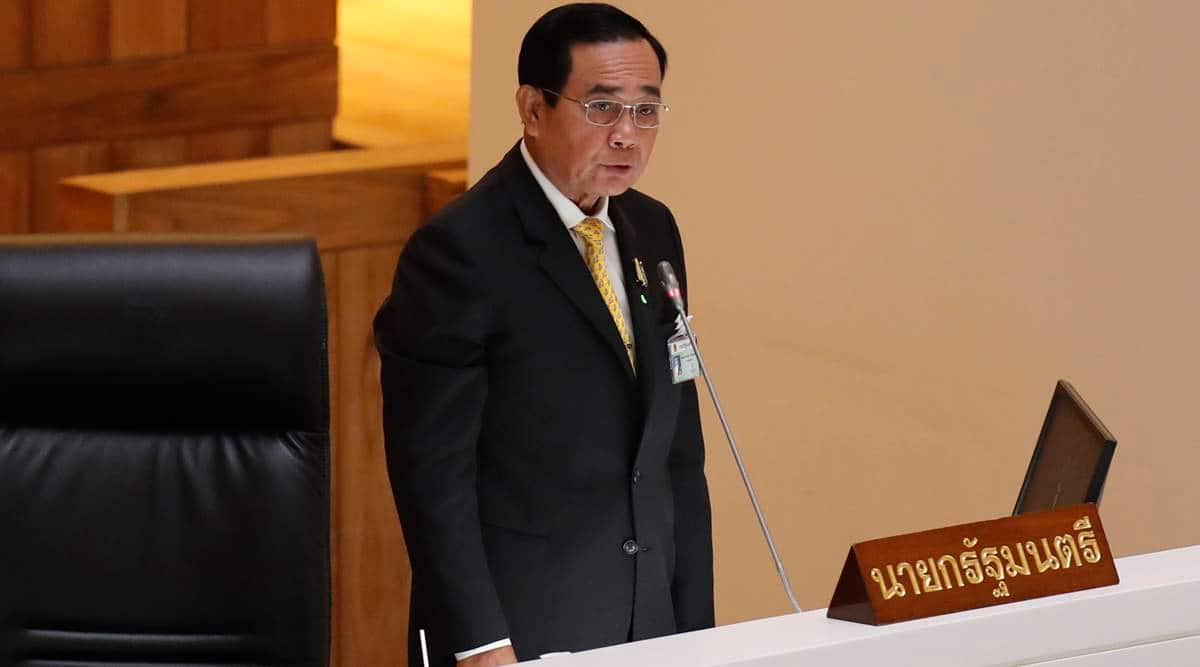 An opinion poll by Suan Dusit University showed that more than 62% of respondents felt discontent with Prayuth’s performance was the key reason for the escalating protest movement. Another survey by the National Institute of Development Administration showed 59% of the 1,336 respondents are worried the protests will lead to violence and conflict.

The Thai government may be drawn into a “prolonged stand-off with the protesters, coupled with the arrests and harassment of leaders, in hopes of the movement’s losing momentum,” said Christopher Ankersen, associate professor at New York University’s School of Professional Studies Center for Global Affairs.

If the government is forced to make some compromise, a drafting of a new constitution — “a slow, long and arcane process” — could be used to buy time, Ankersen said, adding that Prayuth’s resignation could also be on the table.