Visitors from around the world come and go, snap selfies as they browse the nearly 3,000 names engraved into the parapets that frame two reflecting pools. 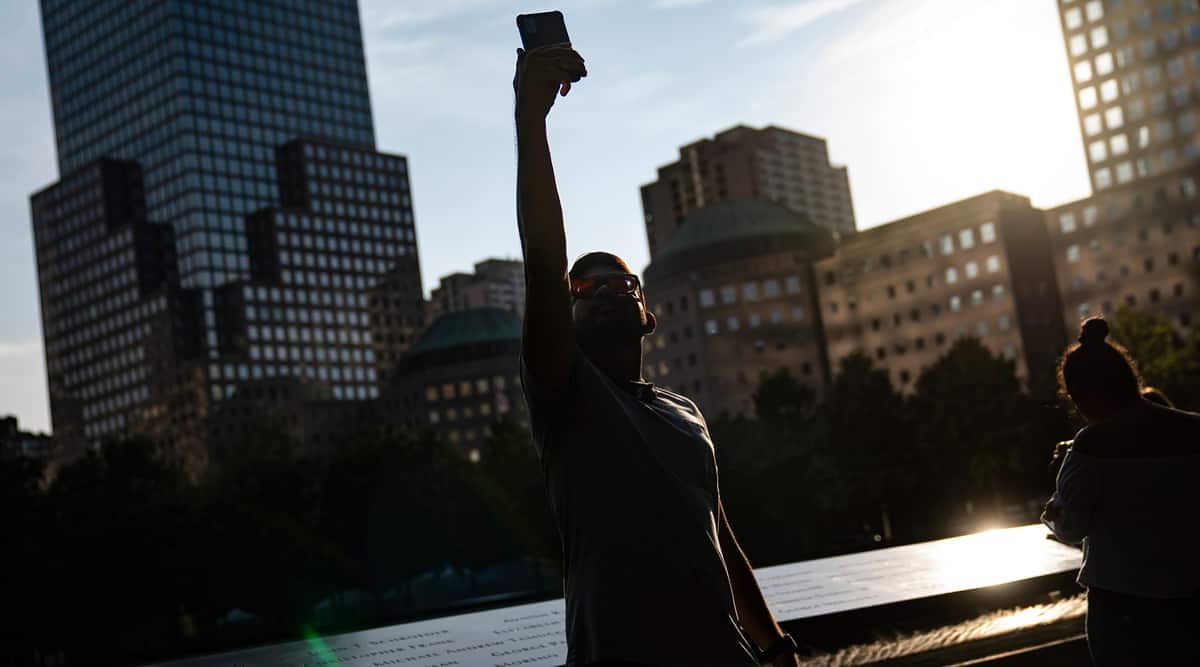 Twenty years after terrorists flew two planes into the World Trade Center, the memorial at ground zero has its own routine, not much different from many city tourist sites.

Visitors from around the world come and go. They snap selfies as they browse the nearly 3,000 names engraved into the parapets that frame two reflecting pools. Docents give tours. Tourists glance at their watches, decipher subway maps and check off a box. Then they leave.

But for those who live and work close to the memorial, the site is both a part of their daily routine and hallowed ground. The names on the parapets are more than mere engravings on bronze, and the 55,000 gallons of water recycling through the reflecting pools is more than a social media post. It is a constant reminder of that infamous day. It is a cemetery.

After the plaza empties around the reflecting pools each evening, Kevin Hansen pulls on blue work gloves, grabs his torch and begins his nightly work of repairing and maintaining the long, bronze parapets with the names of the dead.

Hansen was 8 and in elementary school on Long Island in 2001. 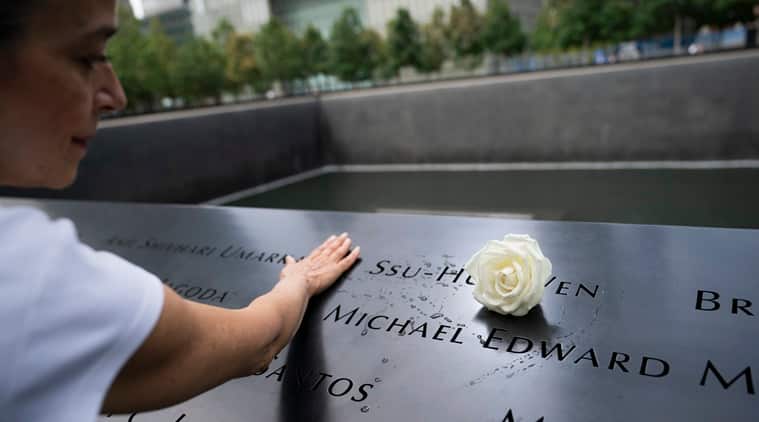 “You just remember everyone getting phone calls and teachers not knowing what was going on. And then parents were coming to school to pick kids up,” he said.

Of his work, Hansen says, “It’s important to me.”

“This is a sign that we all came together back in 2001. This is my giveback of patriotism and this (event) cannot be forgotten,” he said. “I believe this place brings people to see that there is evil in the world, but it can be overcome.”

While patrolling his beat around the World Trade Center, NYPD officer Mike Dougherty keeps an attentive eye on the memorial, often cleaning grime from the parapets and answering questions for tourists.

“If we see something on the panel we’ll make sure to wipe it off, and I see their names and I’ll touch them. I’m here looking over them, basically. Try to relay that to people that don’t understand what this is all about,” he said.

“I get that, a lot of questions sometimes, you know: ‘What is this area?’ And I don’t take offense to it. I like explaining to them where the buildings stood. What this is all about. Just to keep the memory of everyone in your life when you tell somebody who doesn’t have that connection.”

The 25-year NYPD veteran started as an apprentice electrician working inside the World Trade Center before becoming a police officer. He was on patrol in Brooklyn when the planes hit the towers.

When he patrols the memorial plaza now, he sometimes stops in his tracks.

“I’ll just be walking around the side or in one of the particular security pools, and sometimes something will just hit me. I just start staring out at the plaza. So, I’ll take a couple of minutes to compose myself.”

“It’s a privilege to be here. I’m at the end of my career, towards the end of it anyway. And I couldn’t think of a better place for me to finish up,” he said.

After moving to Battery Park City in 1998, the World Trade Center was a part of Joan Mastropaolo’s daily life. She not only lived across the street, but also worked two blocks east of the twin towers and shopped in the mall below.

“It was my front lawn. Every time I walked out of my apartment building and I crossed over, I came through the World Trade Center,” she said.

But on the morning of September 11, 2001, “This vibrant community became nothing in a matter of 102 minutes.”

“After everything happened here, I was completely shut out from this situation for a couple of years. I wasn’t a rescue recovery worker or a volunteer. So, I couldn’t get on the site, and I felt like a big part of my life was robbed from me,” she said. “When they started bringing the trees back to this site, for me, that was a symbol of returning life back to the site.” Mastropaolo now volunteers as a docent at the 9/11 Tribute Museum, where she given more than 800 walking tours.

“I try to explain to them the magnitude of the loss.”

Michael Keene has been an owner of O’Hara’s Restaurant and Pub for 35 years. A popular watering hole for firefighters at a station a block away and for area office workers, O’Hara’s shut down for seven months after the attacks.

Its clientele changed when it reopened, becoming popular with crews working at ground zero. Keene now still offers Guinness on tap to the firefighters. Visitors to the memorial also frequent his pub. When the plaza around the reflecting pools closes, James Maroon dons waders and a headlamp and begins the deliberate task of vacuuming the floors of the giant fountains.

“We try and make it a place where people believe their families are being watched and taken care of,” said Maroon, an engineer for the National September 11 Memorial & Museum.

In 2001, Maroon was working at the New York Mercantile Exchange just west of the World Trade Center. He was crossing West Street when the first plane hit. Maroon knew many of the brokers who died in the attacks.

“Sometimes when we’re outside I look at the panel that their names are on. And one of them, Elkin Yuen, his daughter was due to be born. Now she’s going to be 20 years old. And never met her father.”