Tsuboi was 20 years old when he miraculously survived the US atomic bombing of his hometown on August 6, 1945, in the closing days of World War II. 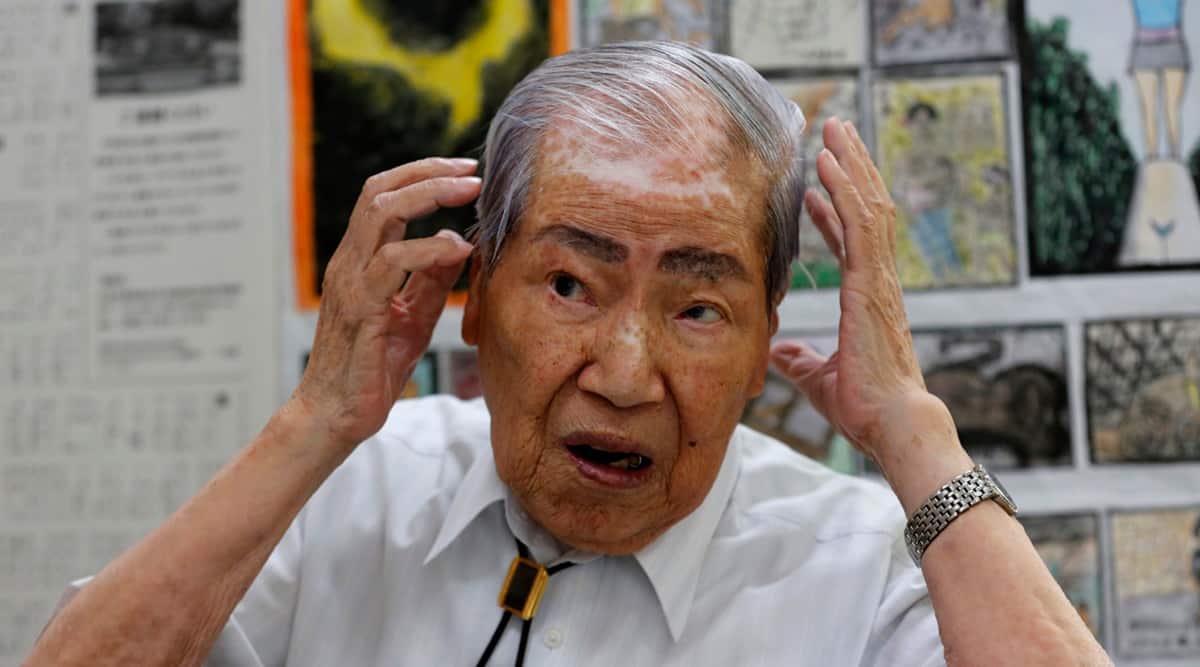 Sunao Tsuboi, a survivor of the Hiroshima atomic bombing who made opposing nuclear weapons the message of his life, including in a meeting with President Barack Obama in 2016, has died. He was 96.

Tsuboi died October 24 in a hospital in Hiroshima in southwestern Japan. The cause of death was given as an irregular heartbeat caused by anemia, Nihon Hidankyo, the nationwide group of atomic bomb survivors he headed until his death, said Wednesday.

When Obama made his historic visit to Hiroshima, Obama and Tsuboi held each other’s hand in a long handshake and shared a laugh. An interpreter stood by. Tsuboi, a gentle yet passionate man, recalled he tried to talk fast, to tell Obama he will be remembered for having listened to atomic bomb survivors, known in Japanese as “hibakusha.”

“I think he is such an earnest person or has the heart to feel for others,” Tsuboi said of the first sitting US president to visit Hiroshima.

Tsuboi was 20 years old when he miraculously survived the US atomic bombing of his hometown on August 6, 1945, in the closing days of World War II.

He suffered such serious burns a part of his ear was gone. When he emerged from unconsciousness 40 days after the bombing, the war was over. He was so weak and scarred he had to start by practicing crawling on the floor. 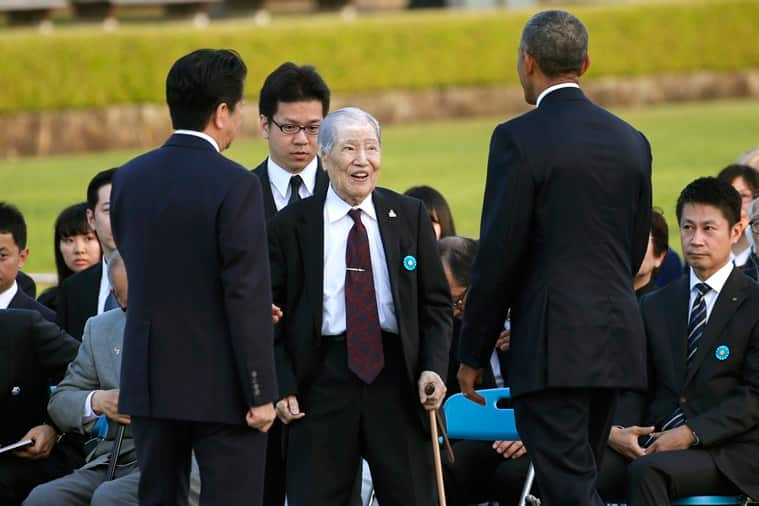 “They wanted to kill us. No mistake about that,” Tsuboi said in an interview with The Associated Press in 2013.

Tsuboi made a point to stress what happened in Hiroshima was horrible. “Here it was about annihilation,” he told the AP.

Tsuboi worked as a junior high school teacher. He was so intent on educating youngsters about anti-nuclear proliferation his nickname became “pikadon sensei,” combining the “flash-boom” onomatopoeia Japanese use to describe the bomb and the word for “teacher.”

“Never give up”was his trademark phrase, especially for his fight for a world without nuclear weapons.
Akira Kawasaki of ICAN, or the International Campaign to Abolish Nuclear Weapons, a coalition of non-government organizations, said the death of a man who had been the poster boy for anti-nuclear proliferation left him with a “big hole” in his heart.

“We must not only mourn the death of a great leader for our cause, but we must also continue in his path, undeterred, and always remember his words,” he told Japanese public broadcaster NHK TV.
Tsuboi is survived by two daughters and a son. A wake and funeral services were held with immediate family Monday and Tuesday, in respect to Tsuboi’s wishes to keep ceremonies low key. His group is still undecided on a memorial service.