The silencing of a prominent pro-democracy voice was the latest sign of China's determination to exert greater control over the city long known for its freedoms after huge anti-government protests there in 2019 shook the government. 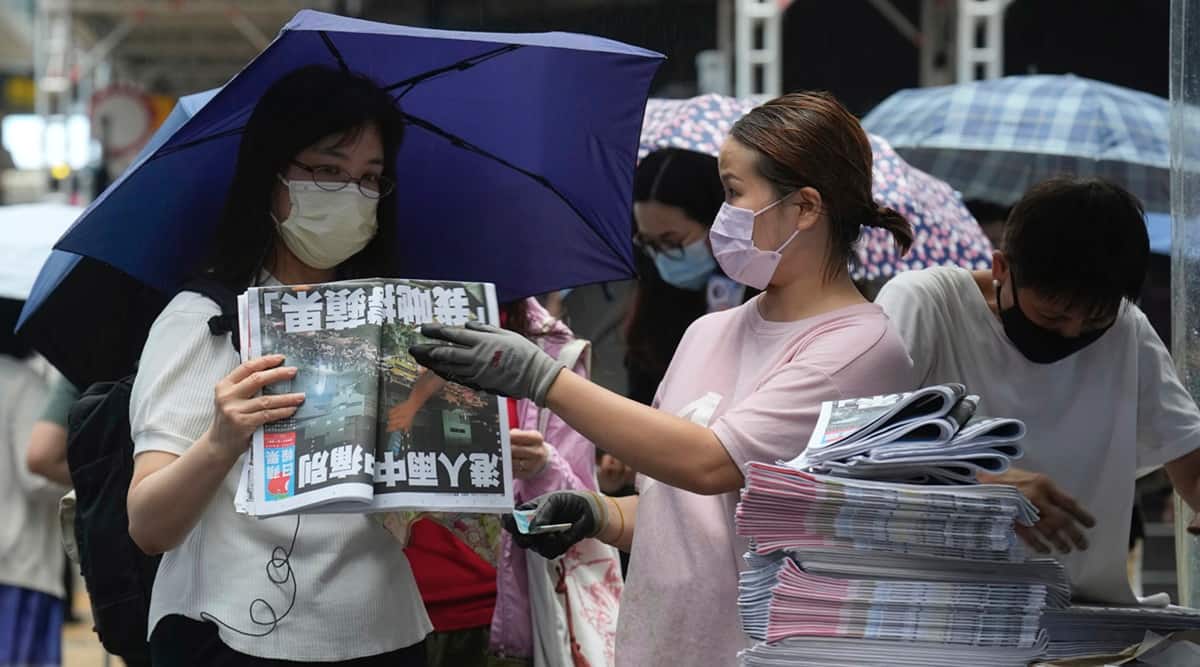 Hong Kong’s sole remaining pro-democracy newspaper published its last edition Thursday after five editors and executives were arrested and millions of dollars in its assets were frozen as part of China’s increasing crackdown on dissent in the semi-autonomous city.

The board of directors of Apple Daily parent company Next Media said in a statement Wednesday that the print and online editions would cease due to “the current circumstances prevailing in Hong Kong”.

The silencing of a prominent pro-democracy voice was the latest sign of China’s determination to exert greater control over the city long known for its freedoms after huge anti-government protests there in 2019 shook the government. 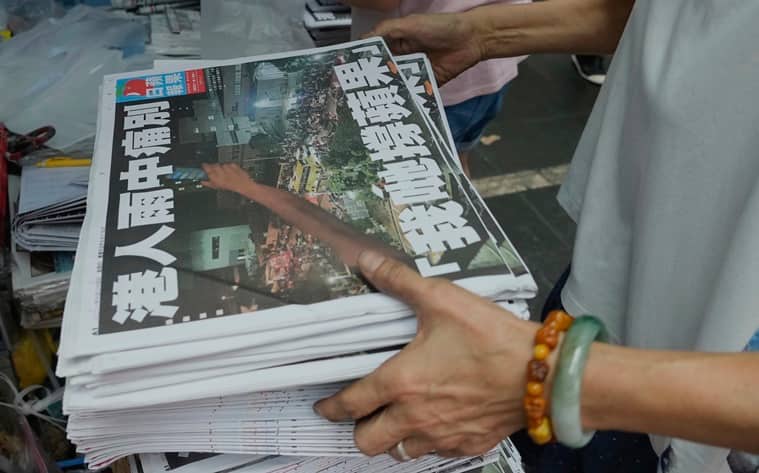 Since then, Beijing has imposed a strict national security law — used in the arrests of the newspaper employees — and revamped Hong Kong’s election laws to keep opposition voices out of the legislature.

Apple Daily was founded by tycoon Jimmy Lai in 1995 — just two years before Britain handed Hong Kong back to China — and initially was a tabloid known for celebrity gossip.

But Lai also portrayed the paper as an advocate of democratic values and said it should “shine a light on snakes, insects, mice and ants in the dark,” according to the paper.

It grew into an outspoken voice for defending Hong Kong’s freedoms not found in mainland China, and in recent years it often criticised the Chinese and Hong Kong governments for limiting those freedoms and reneging on a promise to protect them for 50 years after the handover. While pro-democracy media outlets still exist online, it was the only print newspaper of its kind left in the city.

“Even if the ending is not what we want, even if it’s difficult to let go, we need to continue living and keep the determination we have shared with Hong Kong people that has remained unchanged over 26 years,” Apple Daily wrote. 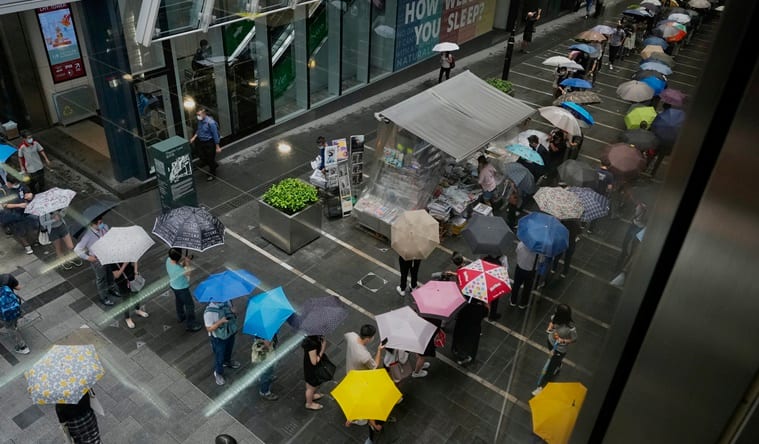 The newspaper said it planned to print 1 million copies for the final edition, up from the usual 80,000, and people lined up to buy them.

The paper’s announcement coincided with the start of the city’s first trial under the year-old national security law that is being closely watched as a barometer of how strictly the courts will interpret the legislation.

The widely expected move to close Apple Daily followed last week’s arrests and crucially the freezing of USD 2.3 million of the paper’s assets.

Its board of directors wrote a few days ago to ask Hong Kong’s security bureau to release some of the money so the company could pay wages, but it’s not clear if it got a response. The paper also said it made the decision to close out of concern for employees’ safety.

The editors and executives were detained on suspicion of colluding with foreigners to endanger national security. Police cited more than 30 articles published by the paper as evidence of a conspiracy to encourage foreign nations to impose sanctions on Hong Kong and China. It was the first time the national security law had been used against journalists for something they published.

On Wednesday, police also arrested a 55-year-old man on suspicion of foreign collusion to endanger national security, according to Apple Daily, which cited unidentified sources. The paper said the man wrote editorials for it under the pseudonym Li Ping.

Lai, the newspaper’s founder, faces charges under the national security law for foreign collusion and is currently serving a prison sentence for his involvement in the 2019 protests.

The move against Apple Daily drew criticism from the US, the EU and Britain.

The forced closure by Hong Kong authorities “is a chilling demonstration of their campaign to silence all opposition voices,” British Foreign Secretary Dominic Raab said in a Twitter post. “It is clearer than ever that the (national security law) is being used to curtail freedom and punish dissent.”

“The forced closure of Apple Daily is the blackest day for media freedom in Hong Kong’s recent history,” Mishra said. “The paper has been effectively banned by the government for publishing articles that criticised it, and for reporting on international discussions about Hong Kong.”

The law, imposed last year, criminalises subversion, secession, terrorism and foreign collusion. Chinese and Hong Kong officials have said the media must abide by the law, and that press freedom cannot be used as a “shield” for illegal activities.

The first person to stand trial under the law, Tong Ying-kit, pleaded not guilty Wednesday to charges of terrorism and inciting secession by driving a motorcycle into police officers during a 2019 rally while carrying a flag with the slogan “Liberate Hong Kong, the revolution of our times”. Several officers were knocked over and three were injured. That slogan was often chanted during the 2019 demonstrations, which began as protests against a bill allowing Hong Kong residents to be extradited to China for trial but burgeoned into broader calls for greater democratic freedoms.

China was shaken by the breadth of the protests and responded with tough measures, including the national security law, which makes calls for Hong Kong’s independence illegal.

Tong’s trial will set the tone for how Hong Kong handles national security offenses. So far, more than 100 people have been arrested under the law, with many others fleeing abroad. The result is that it has virtually silenced opposition voices in the city.

A court ruled last month that Tong will stand trial without a jury, a departure from Hong Kong’s common law traditions. Under the national security law, a panel of three judges can replace jurors, and the city’s leader has the power to designate judges to hear such cases.

The law carries a maximum penalty of life in prison for serious offenses. Tong is on trial at the High Court, where sentences are not capped.