Thousands of Afghan security-force members managed to make it to other countries over the past few weeks as the Taliban rapidly seized the country. 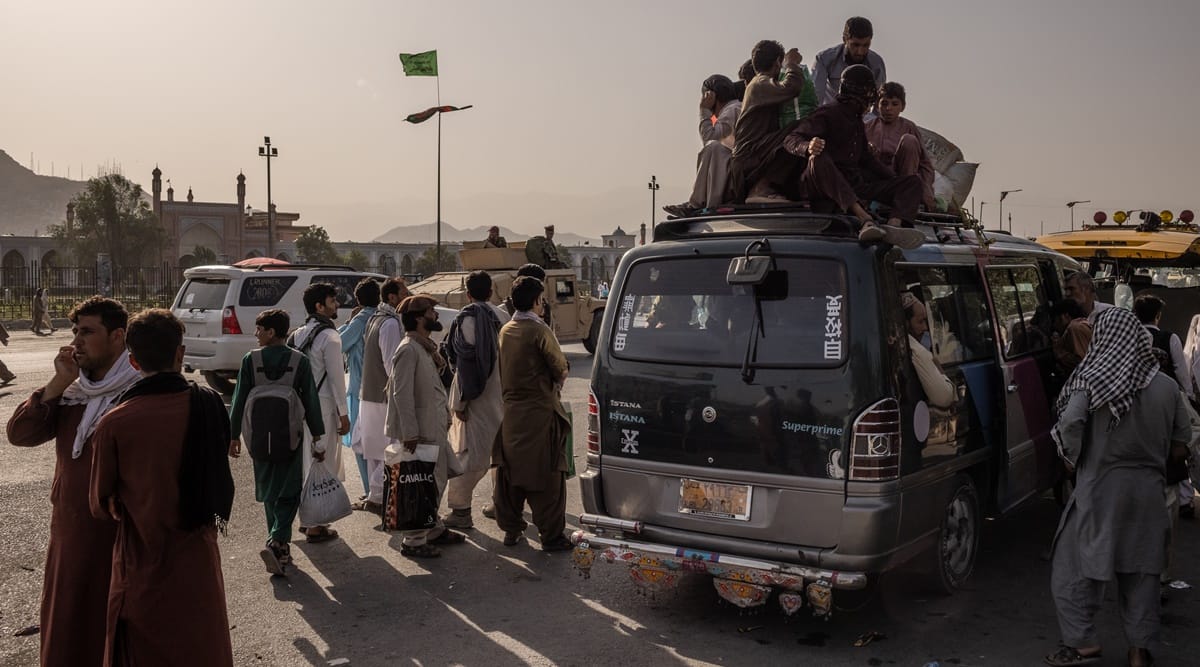 Columns of Afghan soldiers in armored vehicles and pickup trucks sped through the desert to reach Iran. Military pilots flew low and fast to the safety of Uzbekistan’s mountains.

Thousands of Afghan security-force members managed to make it to other countries over the past few weeks as the Taliban rapidly seized the country. Others managed to negotiate surrenders and went back to their homes — and some kept their weapons and joined the winning side.

They were all part of the sudden atomization of the national security forces that the United States and its allies spent tens of billions of dollars to arm, train and stand against the Taliban, a two-decade effort at institution-building that vanished in just a few days.

But tens of thousands of other Afghan grunts, commandos and spies who fought to the end, despite the talk in Washington that the Afghan forces simply gave up, have been left behind. They are now on the run, hiding and hunted by the Taliban.

“There’s no way out,” said Farid, an Afghan commando, in a text message to an American soldier who fought with him. Farid, who agreed to be identified by his first name only, said he was hiding in the mountains of eastern Afghanistan, trapped after the regular army units surrendered around him. “I am praying to be saved.”

Accounts of the Taliban searching for people they believe worked with and fought alongside U.S. and NATO forces are beginning to trickle out, offering a bloody counterpoint to the kinder, gentler face that the militants have been trying to present to the world.

The militants are threatening to arrest or punish family members if they cannot find the people they are seeking, according to former Afghan officials, a confidential report prepared for the United Nations, and American veterans who have been contacted by desperate Afghans who served alongside them. Most spoke on condition of anonymity to protect friends and loved ones still hiding in Afghanistan.

The officials said the Taliban had been combing through records at the ministry of defense and interior and the headquarters of Afghanistan’s spy service, drawing up lists of operatives to search for. And there are more and more reports that the militants are exacting swift and fatal revenge when they are found.

One former interpreter for American Special Forces said he saw another man gunned down feet from him on the mere suspicion that he had worked with foreign forces.

In the southern city of Kandahar, video posted on social media last week by RTA, Afghanistan’s public broadcaster, showed dozens of bodies left by the road, many of them reportedly Afghan soldiers and officials executed by the Taliban. RTA itself is now in the hands of the Taliban.

How many Afghan soldiers and security officials are on the run is unclear. Dozens of Afghan pilots escaped to Uzbekistan, where 22 planes and 24 helicopters carrying nearly 600 men arrived Sunday, according to Uzbek officials; an unknown number made it to Iran, former Afghan officials said.

On paper, the Afghan security forces number around 300,000. But because of corruption, desertion and casualties, only a sixth of that number were actually in the fight against the Taliban this year, U.S. officials say.

Thousands surrendered as the Taliban rolled through the country, laying down their weapons after being promised they would not be harmed. The Taliban so far appears to have stuck with those deals — historically a common feature of Afghan warfare — and the militants seemed far more focused on the 18,000 Army commandos, many of whom did not surrender, and officers from the country’s spy service, the National Directorate of Security, or NDS.

Some of those men have taken refuge in the Panjshir Valley, a strategic sliver north of Kabul where a handful of Afghan leaders are trying to organize a force to resist the Taliban. They are said to have 2,000-2,500 men, but independent confirmation isn’t available.

Two decades ago, Panjshiri mujahedeen leader Ahmed Shah Massoud held the valley against the Taliban for years. The region then provided U.S. spies and Special Operations forces a launchpad for the invasion that drove the Taliban from power in the months after 9/11.

But this time, the Panjshiris lack heavy weapons, a supply line through Afghanistan’s northern borders, significant international support, or a unifying leader like Massoud. Even Afghans who are supportive of their effort give them very long odds of succeeding.

At Kabul’s airport, several hundred commandos from the NDS are helping the thousands of American soldiers and Marines who are overseeing the evacuation of foreigners and Afghans, according to American officials and former Afghan officials. The deal struck with the Americans is that the Afghans will be among the last to leave, serving as a rear guard before they are airlifted to freedom.

“They are performing heroically,” said one U.S. official.

“That is an understatement,” another responded.

The NDS commandos have good reason to be fearful. The units killed numerous Taliban fighters and commanders — deaths that the militants appear eager to avenge.

The Taliban began showing up at the houses of senior intelligence officials soon after moving into Kabul on Sunday. At the home of Rahmatullah Nabil, a former NDS chief who left the country in recent days, the Taliban came with electronic equipment to sweep the house, according to a former Afghan official.

At the apartment of another counterterrorism official, the Taliban left a letter earlier this week instructing the man to report to the militants’ Military and Intelligence Commission in Kabul. The letter was reproduced in the confidential report for the United Nations, although the official’s name and title were redacted.

Counterterrorism officials were responsible for overseeing the commandos who hunted down Taliban leaders, and the letter said, “The Islamic Emirate of Afghanistan considers you an important person.”

If the official did not report to the Taliban as ordered, it warned, their family would be detained and punished.

The document was provided to the United Nations by the Norwegian Center for Global Analyses, a group that provides intelligence information to agencies of the global organization. It was shared internally at the United Nations and seen by The New York Times.

There were multiple reports that the Taliban had a list of people they wanted to question and punish — and their locations, the document said. And it added that the Taliban had been going door to door and “arresting and/or threatening to kill or arrest family members of target individuals unless they surrender themselves to the Taliban.”

The Taliban are also aggressively expanding their network of informers and pressing mosques and Hawala dealers, the informal money traders who form the backbone of the Afghan financial system, to help them track down wanted members of the security forces, according to the report and witness accounts.

The main targets were members of the Afghan military and the police, as well as people who worked for investigative units of the toppled government, the document said. That assessment was shared by several soldiers and former officials who were in hiding, and were interviewed for this article.

Pentagon officials said they would be evacuated if they made it to the airport, but it is unclear where they would end up. Unlike interpreters who worked with American soldiers or Afghans who worked at the U.S. Embassy, members of the Afghan security forces are not included in special visa programs set up by the U.S. government.

First, though, they have to get past the Taliban fighters who have blocked entrances to the airport, fired rifles and beaten people to control the crowds of thousands who are trying to flee. They are also said to be searching the crowds for Afghan soldiers and security officials and others who worked directly for American-led forces.