The abortion law passed in 2010 was in some ways ahead of where Spanish society was at the time, she said, and it caught many physicians off guard. 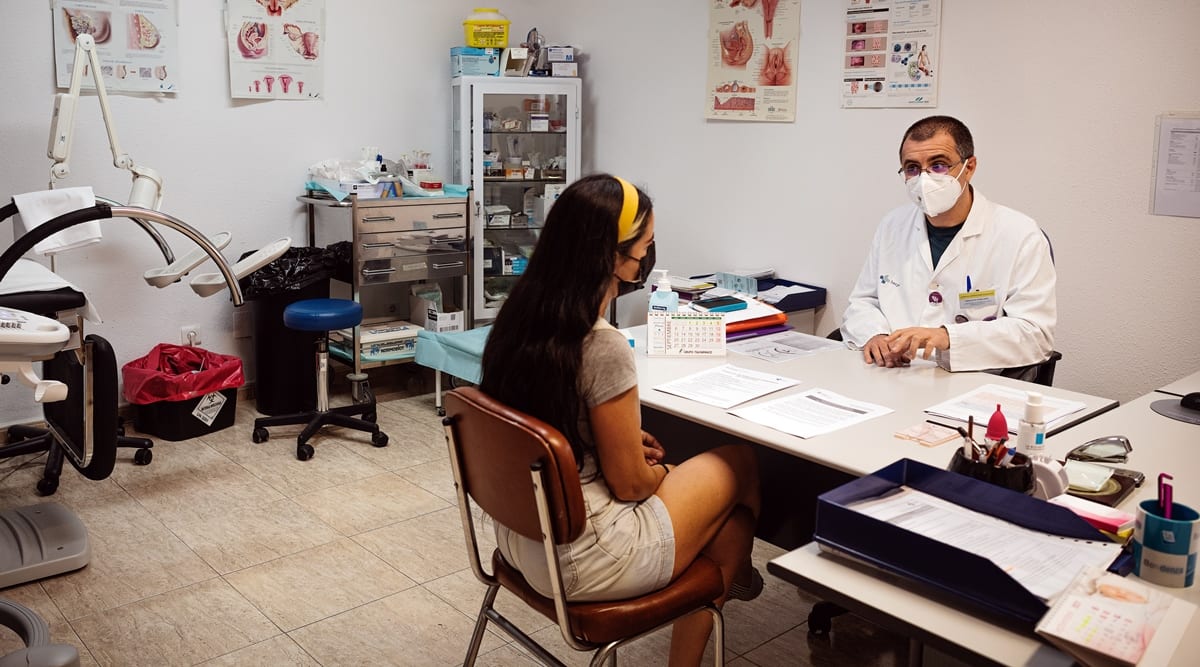 Dr. Mercedes Sobreviela, a gynecologist in this city in northeast Spain, believes it is a woman’s choice whether she has an abortion. She says the “right decision” for a woman is “always the one she wants.”

But as a physician in Spain, Sobreviela believes she has the right to choose as well, and she has chosen not to perform abortions.

Her public hospital, University Clinic Hospital of Zaragoza, does not perform them either. In fact, no public hospital in the surrounding region of Aragón, which includes 1.3 million people, will do the procedure.

“We are doctors, our calling is as physicians, and we are here to help people live, not to decide this one lives and this one dies,” Sobreviela said.

Spain liberalised its abortion laws in 2010. In the years before, it allowed women to get abortions in only extraordinary circumstances, but the new laws allow all women to get the procedure in the first 14 weeks of a pregnancy, without restrictions.

But the map of where abortions are available is drawn up less by national law than by Spain’s doctors. In large numbers and across the country, doctors refuse to perform them.

The situation in Spain offers a window into what may await other countries at a time when sharply different measures in Texas and Mexico have revived the debate on abortion access. Conservative lawmakers in Texas have all but banned abortion in the state, while across the border, the Supreme Court in Mexico this month ruled to decriminalise abortions there.

The uncertainty in Mexico is whether doctors will provide the service — a question that has already been answered by many doctors in Spain.

They call themselves “conscientious objectors,” a term coined by pacifists who refused military service. And like those who claimed a moral duty not to go to war, many doctors in Spain say performing abortions would violate their oath to do no harm — a pledge, they say, that extends to the fetus.

“It’s one thing if you think abortion is right or wrong; each person will have their own criteria,” says Dr. María Jesús Barco, another gynecologist from Zaragoza who is an objector. “It’s another thing if I have to do it. That’s different.” 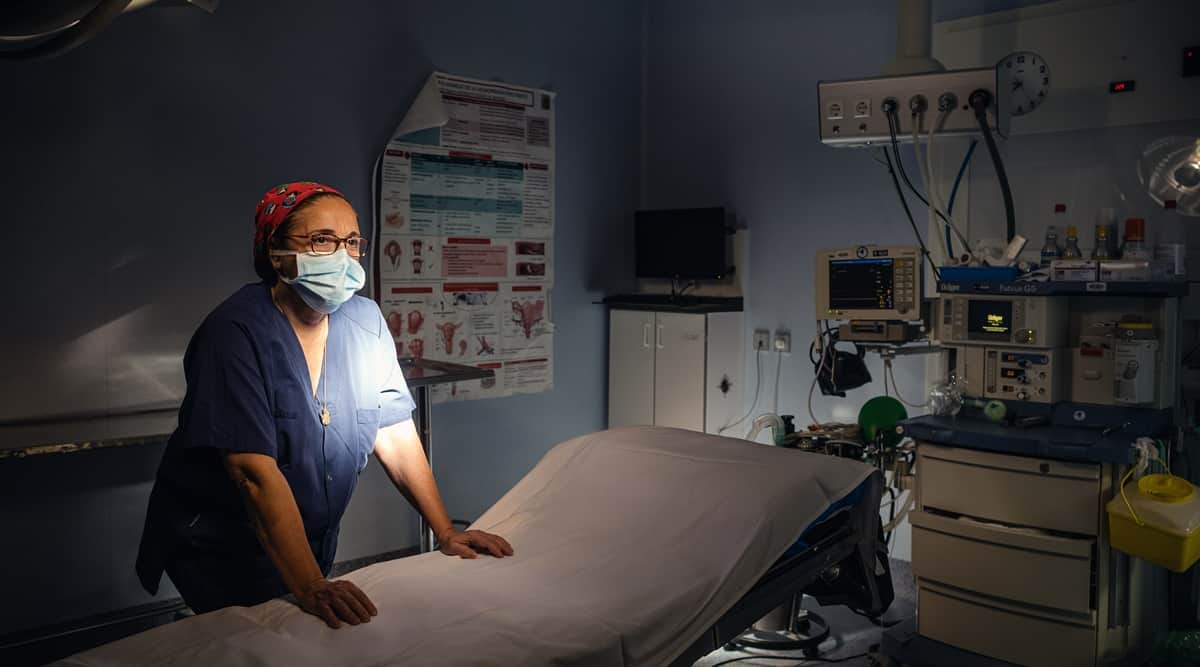 Conscientious objection has gained ground in other countries, like Italy, where it was cited by doctors working in hospitals that largely do not perform abortions. And in Argentina, it has limited attempts to liberalise an abortion law passed there last year.

In five of the 17 autonomous regions in Spain — the equivalent of states — no public hospital offers abortions, according to the most recent government statistics. Women may still receive an abortion in a subsidised private clinic, but in many cases, they must travel across state lines to obtain one.

That was what Erika Espinosa, 34, had to do in 2015 when her gynecologist in the city of Logroño would not perform an abortion after she asked for one.

“The doctors try to convince you that you don’t love your child for wanting an abortion,” said Espinosa, who went to the neighboring Navarra region to end her pregnancy. “It felt like I was doing something clandestine.”

No official statistics exist on how many objecting doctors work in Spain. But the country’s left-wing coalition government is concerned enough that in July, Irene Montero, the minister of equality, proposed changing the current abortion law to place limits on the ability of doctors to become objectors.

“Conscientious objection can’t be incompatible with the rights of women, nor can it be an obstacle to them exercising their right to voluntarily terminate a pregnancy,” the minister said in a written statement.

Such words have been met with sharp criticism from sectors of the Spanish medical community.

Eva María Martín, a pharmacist who heads the National Association for the Defense of Conscientious Objectors, a group that defends objecting doctors, called the proposals unfair and accused the government of “radical feminism.” 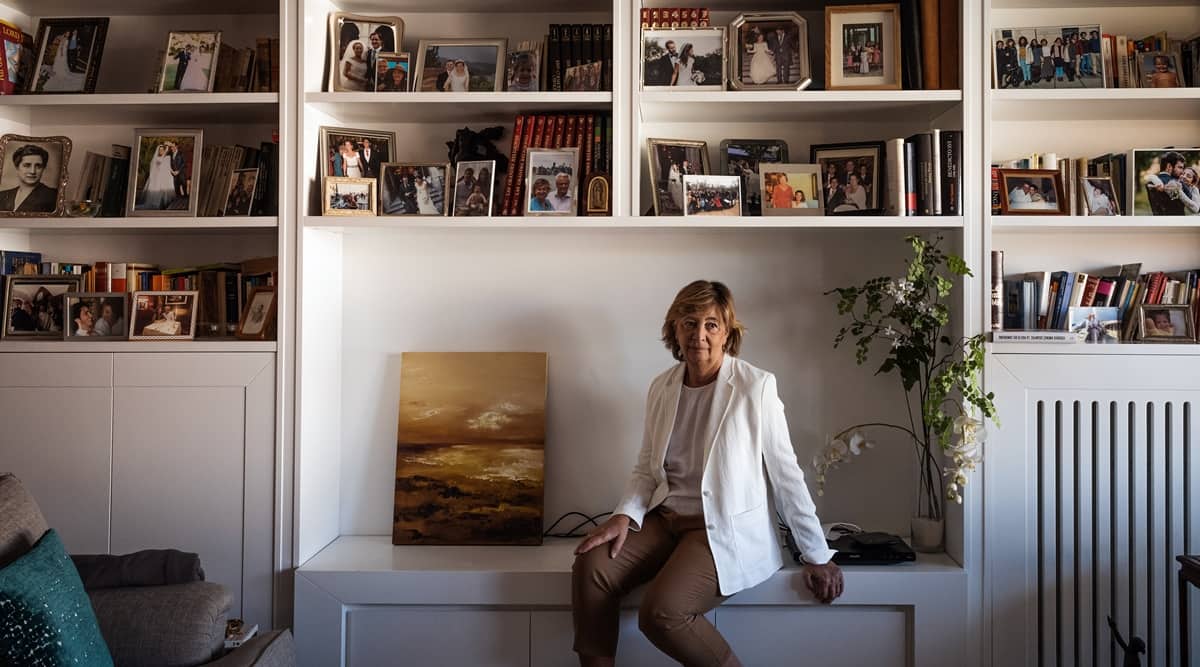 “It’s part of a careless gender ideology that puts the freedom of women first, and leaves those of men in the gutter,” she said.

Martín said it was the doctors’ duty to oppose any law that pushes them to take actions they see as unjust.

“When there is a grave conflict between your conscience and the law, morally, in your interior, you must reject it,” she said, adding that she had nine children as evidence of her anti-abortion views.

Some doctors have pushed to offer abortions at public hospitals. But they say it has rarely proved easy, not only because of objecting physicians, but also because doctors are rarely trained in the procedures during medical school.

When Dr. Abel Renuncio arrived at the Santiago Apóstol Hospital, a facility in the rural town of Miranda de Ebro, his team decided, for the first time, to offer abortions. Because the members of his team had not been trained to do them, they taught themselves using World Health Organisation protocols.

“The technique is quite simple,” said Renuncio, a gynecologist. “We had no previous experience, but with willingness, it can be done.”

Yet a willingness to expand abortion options may be the exception.

Silvia De Zordo, an Italian researcher with the Europe Abortion Access Project, which studies barriers to abortion, said many older physicians who defend abortion rights developed their views after witnessing the consequences of clandestine procedures and then participating in the legalisation debate. But many of those doctors have since retired.

“The new generations didn’t have this experience or memory at all,” she said.

Among the provinces where abortions are no longer performed is Jaén, an olive-growing region in Spain’s southern Andalucía.

Juana Peragón, a feminist activist there, said that for a time, one clinic did offer them, though it was not subsidised by the state and charged women roughly $400 for the procedure.

But that clinic has been closed for remodeling for years, Peragón said. Many women are now sent as far as Seville to get an abortion, about 150 miles away.

“We can see a concrete test of the distance between what the law says and how it’s applied,” Peragón said, saying a broad part of Spain is socially conservative and remains at odds with the law. “It’s impossible to get an abortion in Jaén.”

Spanish physicians like Sobreviela, the objector in Zaragoza, said the debate was not as clear-cut as some activists had framed it.

The abortion law passed in 2010 was in some ways ahead of where Spanish society was at the time, she said, and it caught many physicians off guard.

Sobreviela said she remembered attending a hospitalwide meeting in Zaragoza to discuss the new law, and doctors and others were asked to raise their hands if they objected. “Ninety-nine percent of us were conscientious objectors,” she said. “Nearly everyone: the doctors, the nursing staff, the assistants, the guards.”

In her daily work, Sobreviela continues to focus on prenatal care, doing diagnostics on pregnant women to screen for signs of birth defects like Down syndrome or for heart problems that can be detected in fetuses.

At times, she said, most often when the defects may be fatal, a mother will ask her about abortion. Sobreviela said those could be very difficult conversations.

But she also offers warnings to those who choose to end their pregnancies. Under Spanish law, she said, doctors can explain possible “psychological and social” consequences of terminating a pregnancy.

The day before, a patient came to her after her fetus was diagnosed with heart problems, Sobreviela said.

“She was in distress, and I was with her afterward, and she asked: ‘This will happen soon, right? I want this problem to go away,’ ” Sobreviela recalled, saying the woman was going ahead with an abortion.