Mike Pompeo, who is travelling in Greece, told reporters that he sent a letter in this regard to the Congress on Friday night which he said was the department's initial response to the documents requested by a Congressional committee. 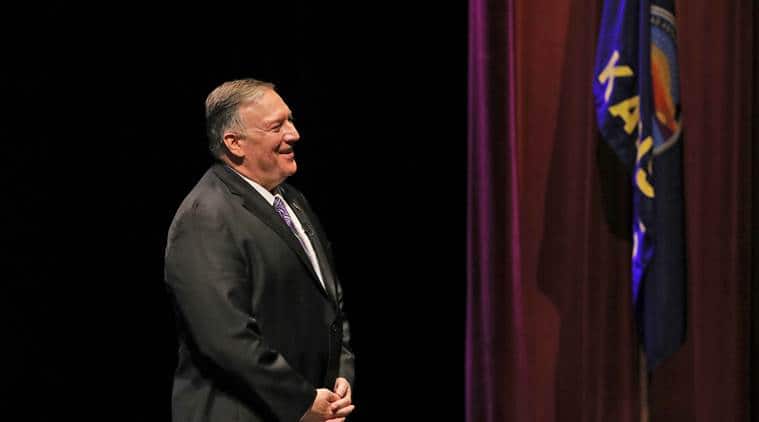 US Secretary of State Mike Pompeo has said that the Department of State will do what is “required by law” in the impeachment proceedings against his boss and President Donald Trump.

Pompeo, who is travelling in Greece, told reporters that he sent a letter in this regard to the Congress on Friday night which he said was the department’s initial response to the documents requested by a Congressional committee.

“We’ll obviously do all the things we’re required to do by law,” Pompeo said in response to a question.

“I was a member of Congress once; Article I has a certain set of powers, and Article II has an obligation to make sure that we protect officials at the State Department,” he added.

“And sadly, there have been congressional inquiries that have harassed and abused State Department employees by contacting them directly and seeking to have them provide documents – documents that belong to the State Department, that are official US Government records – and ask them to do so without – saying, hey, don’t bother calling the State Department lawyers; just talk to us directly,” he said.

“That’s harassment, and I’ll never let that happen to my team,” he asserted.

Pompeo alleged that the previous Obama Administration was not responsive to the documents being sought by the US Congress and its committees.

“I remember once when I was on that side and we were looking for documents, I remember precisely how long it took for those documents to come across. We’re going to beat that. We’re going to be more responsive than the Obama administration was in the years preceded this particular congress,” he said.

Responding to a question on appropriateness of the investigation against Trump, Pompeo alleged that “there’s clearly politics involved” in it.

The Trump Administration, he said, was incredibly focused on making sure that they worked with Ukraine in a way that was appropriate.

“It is not only appropriate, but it is our duty to investigate if we think there was interference in the election of 2016, I think everyone recognises that governments have an obligation – indeed, a duty – to ensure that elections happen with integrity, without interference from any government, whether that’s the Ukrainian government or any other,” he said.

“So, inquiries with respect to that are completely important, and if we need another government’s assistance, it’s very reasonable to ask that government, to say, do you have any help that you can provide so we can protect the American people, so that they can vote in free and fair elections without interference from any other country?” he asked.

Pompeo said there have been some suggestions that it would be inappropriate for the United States government to engage in that activity.

“I see it just precisely the opposite. I see our duty to engage in activity that ensures that we have fair, free elections. I only wish that the previous administration had protected our elections back in 2016,” he said.

“You’ll recall that the interference that took place took place under the previous administration,” the top US diplomat added.