Services at public hospitals collapsed after many doctors and nurses joined strikes in a Civil Disobedience Movement in the forefront of opposition to military rule – and sometimes on the frontline of protests that have been bloodily suppressed. 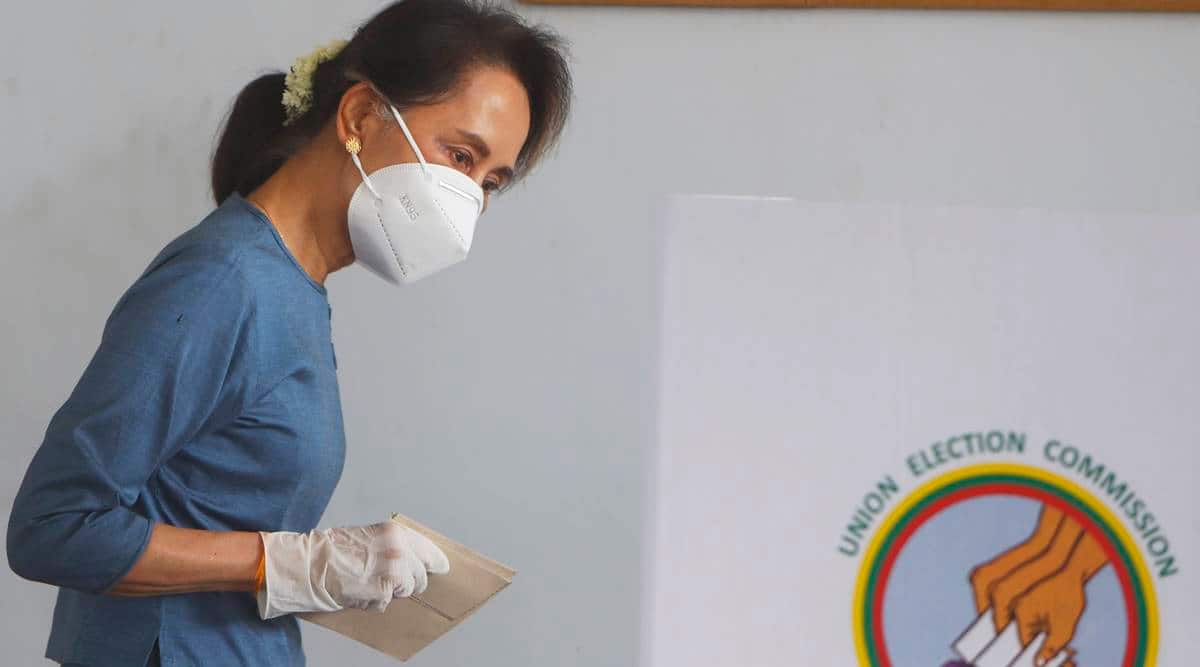 May 30 (Reuters) – Breathless, fevered and without the extra oxygen that could help keep them alive, the new coronavirus patients at a hospital near Myanmar’s border with India highlight the threat to a health system near collapse since February’s coup.

To help her tend the seven COVID-19 patients at Cikha hospital, day and night, chief nurse Lun Za En has a lab technician and a pharmacist’s assistant.

“We are operating with three staff instead of 11.”Myanmar’s anti-COVID campaign foundered along with the rest of the health system after the military seized power on Feb. 1 and overthrew elected leader Aung San Suu Kyi, whose government had stepped up testing, quarantine and treatment.

Services at public hospitals collapsed after many doctors and nurses joined strikes in a Civil Disobedience Movement in the forefront of opposition to military rule – and sometimes on the frontline of protests that have been bloodily suppressed.

Thirteen medics have been killed, according to World Health Organisation data that shows 179 attacks on health workers, facilities and transport – nearly half of all such attacks recorded worldwide this year, said WHO Myanmar representative Stephan Paul Jost.Some 150 health workers have been arrested.

Hundreds more doctors and nurses are wanted on incitement charges.

Neither a junta spokesman nor the health ministry responded to requests for comment. The junta, which initially set fighting the pandemic as one of its priorities, has repeatedly urged medics to return to work. Few have responded.

A worker at one COVID-19 quarantine centre in Myanmar’s commercial capital, Yangon, said all the specialist health workers there had joined the Civil Disobedience Movement.

“Then again, we don’t receive new patients any more as COVID test centres don’t have staff to test,” said the worker, who declined to give his name for fear of retribution.

In the week before the coup, COVID-19 tests nationally averaged more than 17,000 a day. That had fallen below 1,200 a day in the seven days through Wednesday.

Myanmar has reported more than 3,200 COVID-19 deaths from over 140,000 cases, although the slump in testing has raised doubts over data that shows new cases and deaths have largely plateaued since the coup.

Now, a health system in crisis is raising concerns about the likely impact on the country from the wave of infections with variants that is sweeping through India, Thailand and other neighbours.

Patients with COVID-19 symptoms started showing up at Cikha hospital in mid-May. It is only 6 km (four miles) from India, and health workers fear the illness could be the highly infectious B.1.617.2 strain – though they lack the means to test for it.

Seven were so serious they needed hospitalisation – a sign of how few cases had likely been detected.Stay-at-home orders have now been declared in parts of Chin state, where Cikha is located, and neighbouring Sagaing region.

The WHO said it was trying to reach authorities and other groups in the area who could provide help, while recognising the difficulties in a health system that was precipitously reversing years of impressive gains.

“It is not clear how this will be resolved, unless there is a resolution at the political level addressing the political conflict,” said Jost.

Lun Za En said her hospital was doing the best it could with nebulisers – machines that turn liquid to mist – to relieve breathlessness. Some patients have oxygen concentrators, but they only work for the two hours a day that the town gets electricity.

Refusing to abandon the sick, Lun Za En said she decided not to join the strikes.

“The junta will not take care of our patients,” she said.Across Myanmar, some striking doctors have set up underground clinics to help patients. When Myanmar Red Cross volunteers established three clinics in Yangon neighbourhoods, they quickly had dozens of patients.

At best, such options can provide basic care.”Eighty percent of the hospitals are public health hospitals,” said Marjan Besuijen, head of mission for the Medicins Sans Frontieres (MSF) aid group. “As MSF or others we can’t step in, it’s too big.”

Although military hospitals have been opened to the public, many people fear them or refuse to go on principle – including for coronavirus vaccinations in a campaign the ousted government had launched days before the coup.

“I am very worried that these new infections will spread all over the country,” said Lun Za En. “If the infection spreads to the crowded cities, it could be uncontrollable.”