More than 1.1 million eligible voters in Rakhine state are losing their opportunity to participate in the election because of the cancelled voting. Myanmar’s election supervisory body on Tuesday defended its decision to cancel voting in several areas of the country in next month’s general election, saying it could not be free and fair because of ongoing conflicts with armed ethnic rebel groups.

The Union Election Commission announced last week that it was cancelling polling for the Nov. 8 election in parts of the states of Rakhine, Kachin, Kayin, Mon and Shan, as well as the Bago region, all of which are troubled by various levels of unrest.

“Those particular areas cannot guarantee conditions to hold free and fair elections and that is why the election is cancelled,” the UEC said in a statement Friday.

The most serious fighting is in the western state of Rakhine, where the Arakan Army, a well-armed and well-trained guerrilla force fighting for self-determination for the Rakhine ethnic minority, has posed a huge security challenge for government forces. 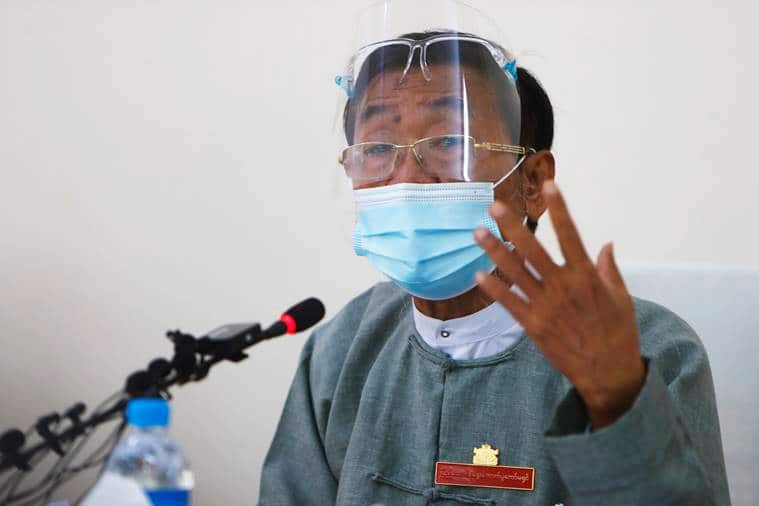 More than 1.1 million eligible voters in Rakhine state are losing their opportunity to participate in the election because of the cancelled voting.

Especially in Rakhine, critics have charged, cancelling voting could work to the advantage of the National League for Democracy by denying the likelihood that a Rakhine nationalist party would win the seats.

“These people in Rakhine state are now already in a civil war zone and at the same time they have lost their opportunity (to vote), so it’s like the armed resistance would be growing more than normal political practices,” said Dr. Khin Zaw Win, a Yangon-based political activist.

He and other critics charge that the election commission lacks transparency.

Saw Zin Maung Soe, founder of C.A.N.-Myanmar, a local election observation group and an adviser at the LGBTI-Inclusive Election Observation Mission of Myanmar, said it failed to collaborate with civil society organizations, leading to a lack of trust.

“The UEC’s performance right now seems like it makes an unfair playing field for all of us and the political parties,” he said. “We are concerned for the credibility of the UEC and the winner of this election.”

Several other controversies have arisen.

The election commission has said the polls will be held on the planned date despite a coronavirus surge that is sweeping through parts of Myanmar. The National League for Democracy has said the election should go ahead, though several dozen other parties urged that it be postponed.

The country’s leader, State Counsellor Aung San Suu Kyi, was filmed by state TV on Tuesday conducting a demonstration of how to vote.

The Union Democratic Party, one of the parties with the most candidates contesting the election, was dissolved after its leader was revealed in Myanmar media to be a businessman who escaped more than two decades ago from a prison where he had been held after being convicted of economic crimes.

The UDP had failed to win any seats in previous elections and its chances of winning any this time were considered slim.