Maryam had openly called Prime Minister Khan a "coward, selected and puppet" in the rally, saying he hid behind the Army to cover up his 'Nalaaiki' (bad governance). She dared the "selected" Prime Minister to arrest her as she is not afraid of going to jail. 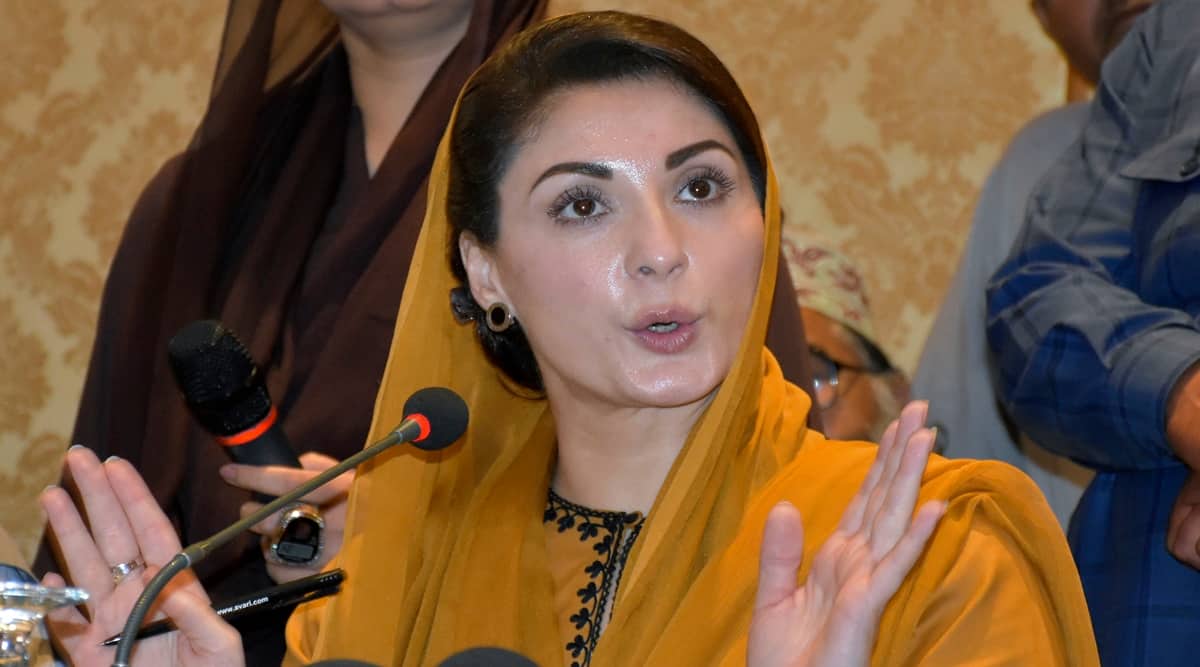 Former prime minister Nawaz Sharif’s daughter and Opposition Pakistan Muslim League-Nawaz’s vice-president Maryam Nawaz was on Tuesday booked along with over 2,000 party members for holding an anti-government rally in Lahore where she called Prime Minister Imran Khan a “coward, selected and puppet” who hides behind the Army.

The rally by the 11-member opposition alliance Pakistan Democratic Movement (PDM) was held here on October 16 before the Gujranwala public meeting.

Maryam had openly called Prime Minister Khan a “coward, selected and puppet” in the rally, saying he hid behind the Army to cover up his ‘Nalaaiki‘ (bad governance).

She dared the “selected” Prime Minister to arrest her as she is not afraid of going to jail.

The Pakistan Army, which has ruled the country for more than half of its 70 plus years of existence, has hitherto wielded considerable power in the matters of security and foreign policy.

The First Information Report (FIR) was registered for chanting slogans against the government and the state institutions, causing trouble for citizens, blocking roads, using loudspeakers and microphones, and violating coronavirus standard operating procedures.

Maryam’s husband Capt (retd) Mohammad Safdar was also named in the FIR. He was earlier arrested in Karachi for allegedly violating the sanctity of Quaid-e-Azam mausoleum. He was later released on bail.

According to the FIR, Maryam was accused of instigating the party leaders and workers to get ready to send Khan’s government home and chanted slogans against the state institutions.

Earlier, the Lahore police had registered a sedition case against Sharif and others for speaking against the Army and judiciary while addressing the party meeting via a video link from London.

The Pakistan Tehreek-e-Insaf government appears to be panicked as it has been registering a number of cases against the PML-N workers since the PDM launched its movement to oust the Imran Khan government.