Having built the world’s largest offshore wind industry, Britain has reduced emissions by 44% from 1990 levels. 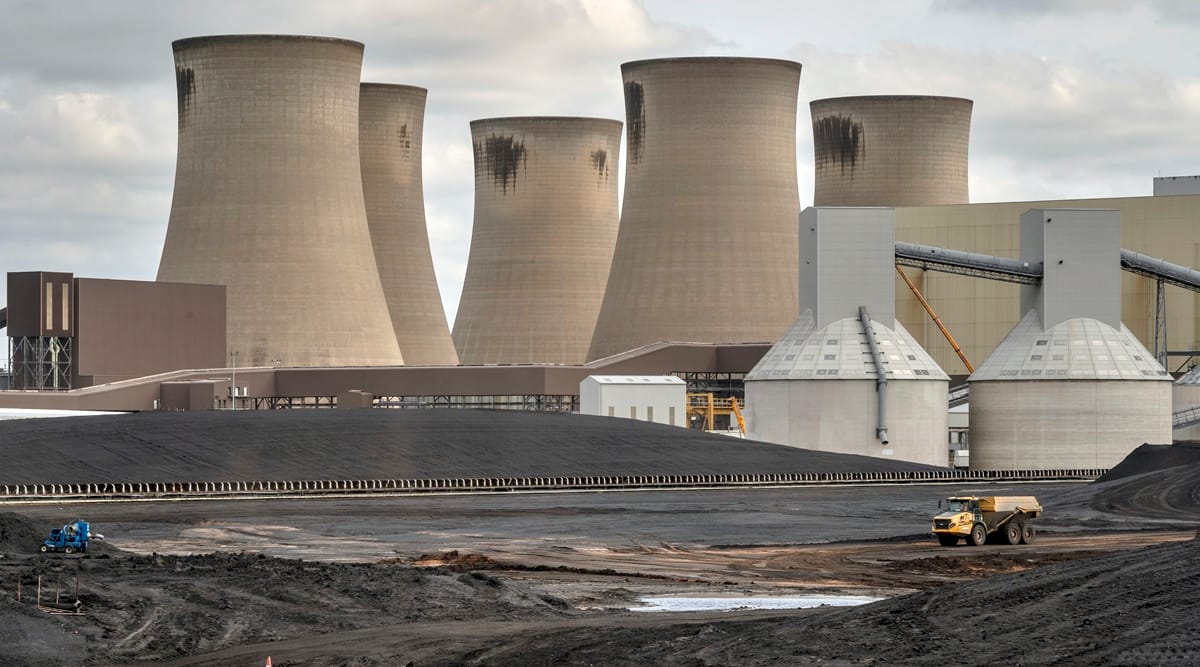 As Britain prepares to host a landmark climate summit in Glasgow, Scotland, this week, the milestones of its own evolution to a more climate-friendly economy are on vivid display along the railroad line from London to Scotland.

Near Gainsborough, a river town 150 miles north of the capital, one of Britain’s last coal-fired power plants still spews carbon dioxide and other gases into the air. Another 150 miles north, off the coast of the seaside port of Blyth, the slender blades of five turbines in an offshore wind farm turn lazily in the breeze.

The two plants, both owned by French utility giant EDF, illustrate how far Britain has come. The coal station, restarted recently to cover a shortfall in electricity, is scheduled to be taken out of operation next year, while the company plans to install experimental floating turbines in the waters off Blyth.

“We’re talking about a huge transition,” said Paul Spence, director of strategy and corporate affairs at EDF, referring to Britain’s goal of being a carbon-neutral economy by 2050. “A lot of things need to happen to keep the lights on.”

Britain is not just the host of the climate meeting, known as COP26; it has a credible claim to being a global leader in climate policy. The birthplace of the Industrial Revolution, Britain became the first country to legally mandate reductions in greenhouse gas emissions through the Climate Change Act in 2008. Its high-tech windmills and superannuated smokestacks are only the most visible evidence of a three-decade campaign. 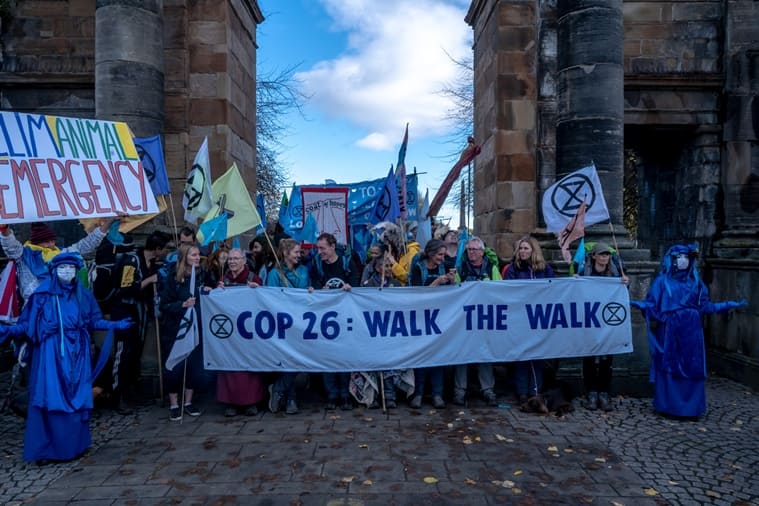 Having built the world’s largest offshore wind industry, Britain has reduced emissions by 44% from 1990 levels. Its target to cut them by at least 68% by 2030 is one of the most ambitious of any major economy, according to the Climate Action Tracker, a scientific analysis of the policies of countries.

If Britain achieves that target, which is far from clear, it would be one of a handful of countries doing enough to fulfill the key goal of the Paris Agreement: limiting the long-term rise in the planet’s temperatures to 1.5 degrees Celsius.

To hit its headline number, Prime Minister Boris Johnson’s government has set out a series of attention-grabbing goals: End the sale of all gasoline- and diesel-fueled cars by 2030; end the use of all coal and gas-fired power plants by 2035; and end the sale of all fossil-fueled home heating systems by 2035.

“The UK was first out of the blocks with the climate act, and it inspired Sweden and then Germany,” said Johan Rockström, director of the Potsdam Institute for Climate Impact Research in Germany. “The UK has successfully been able to phase out coal, which is very symbolic because it first started in England.” The temporary restart of the coal plant near Gainsborough — made necessary by low winds on the North Sea that slowed the turbines — shows that this transition is not without hiccups. A lack of wind or sun can stymie renewable energy sources.

Local resistance has constricted the development of the onshore wind industry. Fears about energy reserves have led Britain to consider allowing drilling in a vast new oil field off the Shetland Islands. There is even a proposal for a new coal field in Cumbria, in northwest England.

Climate experts also fault Johnson for not laying out a realistic road map to achieve his ambitious emissions goals. Britain has failed to raise adequate funds to finance clean-energy projects. It has not shown farmers, key drivers in reducing emissions, how they can contribute by cultivating peat lands and other conservation techniques.

Nor is Britain the diplomatic dynamo it once was. When Johnson convenes more than 100 countries in Glasgow, he will push some vaulting goals, including a global end to the use of coal. But he will do so as the leader of a country that divorced itself from the European Union and has so far been unable to galvanize the world’s biggest emitters: China, the United States and India. 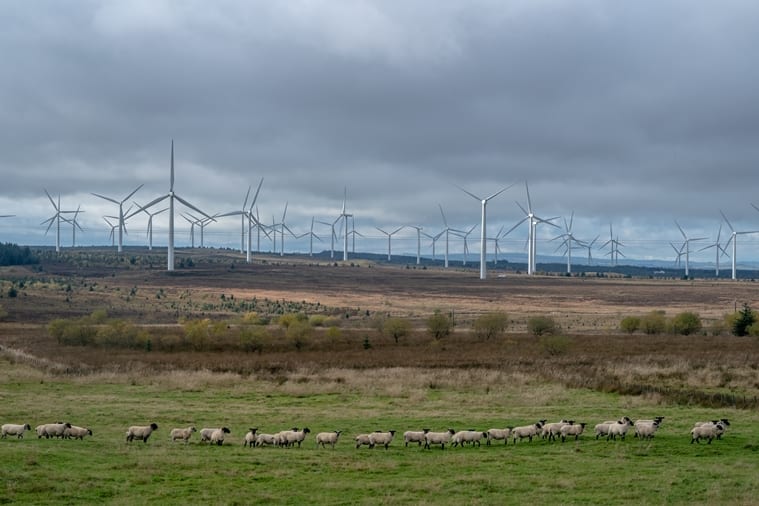 Still, for all the fears of backsliding, Britons evince genuine pride about being pioneers in the transition to a carbon-neutral future. After all, said Alice Bell, a London-based climate change campaigner, “We led the world into this problem.”

The country that was synonymous with the belching factories of the Industrial Revolution, that once darkened its skies and fouled its rivers, that gave the world the phrase “coals to Newcastle,” now produces slightly more than half its electricity from non-fossil-fuel sources, predominantly wind.

While BP, Shell and other energy giants lobby the government to keep burning gas, there is no analogy in Britain to Sen. Joe Manchin, D-W.Va., who has financial ties to the coal industry and pressured the Biden administration to scrap core elements of its climate legislation.

Unlike in the United States, where climate change is a partisan issue, green policies win broad support on the left and right. The Climate Change Act, which stipulated an 80% reduction in emissions by 2050, passed Parliament by a vote of 463-5.

Nearly a dozen countries and the EU now have similar laws on the books. In 2019, Johnson’s predecessor, Prime Minister Theresa May, went even further, making Britain the first major economy to commit to being net-zero by 2050, meaning it would remove as much greenhouse gas from the atmosphere as it produces.

To some extent, Britain’s leadership is an accident of history, rooted in Prime Minister Margaret Thatcher’s bitter showdown with striking coal miners in 1984. By crushing the union and slashing subsidies for the coal industry, Thatcher accelerated Britain’s search for alternative energy sources, namely natural gas.

“She got rid of the coal miners for a combination of political and economic reasons,” said Tom Burke, chair of E3G, an environmental think tank, and a former government adviser. “But it gave the UK a degree of freedom of action that wasn’t available to other countries.”

Though Thatcher later came to view climate activism as a left-wing preoccupation, she gave two speeches in 1989 that historians say were the first significant statements on climate change by a world leader.

“What we are now doing to the world — by degrading the land surfaces, by polluting the waters and by adding greenhouse gases to the air at an unprecedented rate — all this is new in the experience of the Earth,” she said to the United Nations.

Thatcher planted the seed for a bipartisan cause, as Conservative and Labour governments sought to burnish their green credentials. British diplomats played key roles in brokering climate deals in Rio de Janeiro and Kyoto, Japan. Britain installed climate attachés in its embassies around the world.

In 2006, a British government adviser, Nicholas Stern, produced a seminal study of the economic effects of climate change, which framed the debate before the 2009 summit in Copenhagen, Denmark, and set the stage for the Climate Act, passed under a Labour prime minister, Gordon Brown.

When the Conservatives came to power in 2010, they viewed climate policy as a way to appeal to younger voters, many of whom viewed the Tories as a tightfisted party in thrall to business interests. Parliament created a climate change committee, which prodded the government to adopt policies that would help Britain meet its goals. Several of its policies were mimicked by fellow EU members. “We basically ran the EU on climate policy,” Burke said.

Then came the Brexit vote, and “we lost our most important tool for influencing other countries, which was the EU,” he said.

Johnson, who once scoffed that wind farms would “barely pull the skin off a rice pudding,” now speaks about climate change with the zeal of the converted. They say he has been convinced of the need for action by his third wife, Carrie Johnson, who campaigns against plastic pollution.

But critics say Johnson’s bracing words are belied by his actions. The Climate Action Tracker, while praising Britain’s ambitions, criticized its financial commitment to achieving them, calling it “highly insufficient.”

“It’s accurate to say that this is a betrayal of a national commitment by the current government,” Burke said.

Johnson’s pro-Brexit government, he said, depends on support from the libertarian wing of the Tory party, which opposes far-reaching climate initiatives, while his anti-business messaging hinders partnerships with the private sector.

For private companies, the government’s messaging has been muddled. EDF said it would like to build more onshore wind farms, but local resistance and lack of incentives has made it less attractive. And the government has struggled to line up financing for a new generation of nuclear plants.

“We’re only a quarter of the way toward the decarbonized energy system that the prime minister set as a goal for 2035,” said Spence, of EDF.

For all of Britain’s agenda-setting, there is also a sense among activists and experts that there is only so much a midsize country can do to solve a planetary problem. Its total emissions account for barely 1% of the world’s total. China accounts for nearly 30%, and the United States for 14%.

“Imagine if these policies had been picked up in 1997 by the United States,” said David King, a former climate envoy and scientific adviser to Prime Minister Tony Blair. “The world would be a very different place.”