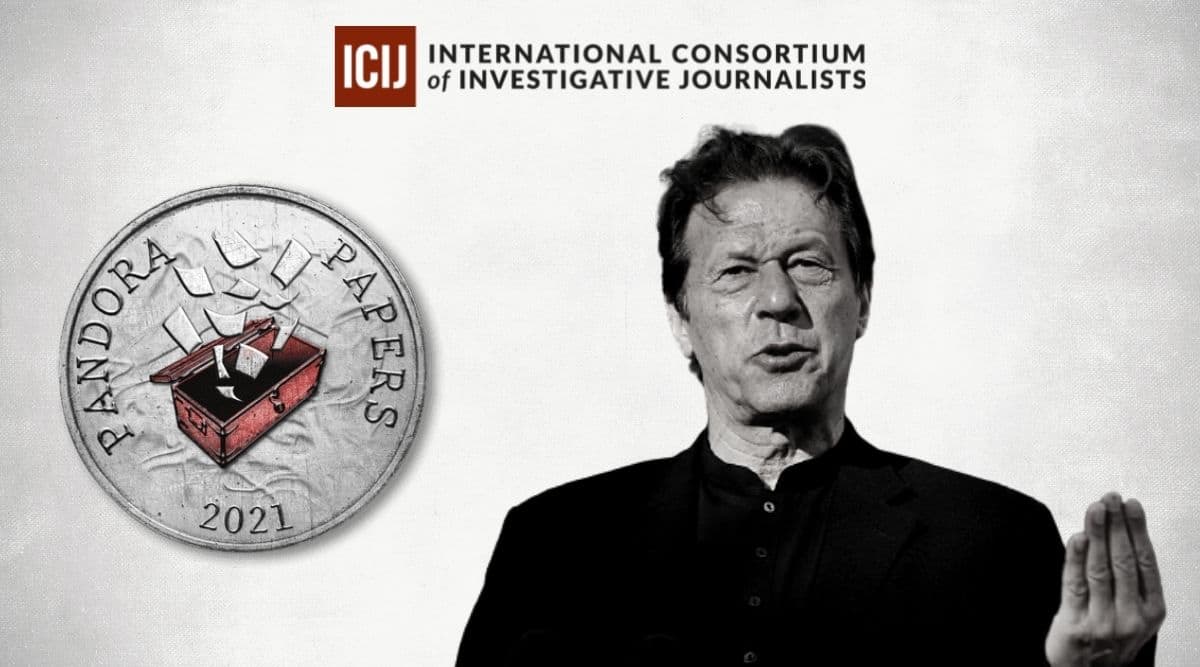 By Margot Gibbs and Malia Politzer

After more than two decades in the political wilderness, the charismatic Oxford-educated media star seized on the publication of the Panama Papers, the 2016 journalistic exposé that revealed the offshore secrets of the global elite. Among the findings: The children of Pakistan’s sitting prime minister secretly owned a string of luxury London apartments.

Riding a wave of public outrage, Khan led protests around the country and a sit-in at the residence of Prime Minister Nawaz Sharif, demanding that he step down. With the support of the military establishment, Khan propelled his reformist party, Pakistan Tehreek-e-Insaf (PTI), or Pakistan Movement for Justice, past its rivals in the 2018 national elections and propelled himself into the prime minister’s office in Islamabad.

In a televised victory speech, Khan promised a new era.

“We will establish supremacy of the law,” he said. “Whoever violates the law, we will act against them. Our state institutions will be so strong that they will stop corruption. Accountability will start with me, then my ministers, and then it will go from there.”

Now leaked documents reveal that key members of Khan’s inner circle, including cabinet ministers, their families and major financial backers have secretly owned an array of companies and trusts holding millions of dollars of hidden wealth. Military leaders have been implicated as well. The documents contain no suggestion that Khan himself owns offshore companies.

Among those whose holdings have been exposed are Khan’s finance minister, Shaukat Fayaz Ahmed Tarin, and his family, and the son of Khan’s former adviser for finance and revenue, Waqar Masood Khan. The records also reveal the offshore dealings of a top PTI donor, Arif Naqvi, who is facing fraud charges in the United States.

The files show how Chaudhry Moonis Elahi, a key political ally of Imran Khan’s, planned to put the proceeds from an allegedly corrupt business deal into a secret trust, concealing them from Pakistan’s tax authorities. Elahi did not respond to ICIJ’s repeated requests for comment. Today, a family spokesman told ICIJ’s media partners that, “due to political victimisation misleading interpretations and data have been circulated in files for nefarious reasons.” He added that the family’s assets “are declared as per applicable law”.

In one of several offshore holdings involving military leaders and their families, a luxury London apartment was transferred from the son of a famous Indian movie director to the wife of a three-star general. The general told ICIJ the property purchase was disclosed and proper; his wife didn’t reply.

The revelations are part of the Pandora Papers, a new global investigation into the shadowy offshore financial system that allows multinational corporations, the rich, famous and powerful to avoid taxes and otherwise shield their wealth. The probe is based on more than 11.9 million confidential files from 14 offshore services firms leaked to the International Consortium of Investigative Journalists and shared with 150 news organizations around the world.

The window into the personal finances of individual Pakistani generals is especially rare and provides a glimpse at how top military officers – known in Pakistan as “The Establishment” – use offshore to quietly enrich themselves while maintaining, until now, the military’s image as a bulwark against civilian corruption.

In the 48 hours leading up to the publication of the Pandora Papers, a Pakistani television station, ARY-News, reported that, “the owner of two offshore companies registered at a similar address as of Prime Minister Imran Khan has revealed that they were registered by him on a different address and denied any role of the premier in this regard.” The story also attributed the information to “a database of the offshore companies.”

ARY-News is not an ICIJ partner and doesn’t have access to ICIJ data.

In its reporting prior to publication, ICIJ had asked Khan about the same companies. A Khan spokesman told ICIJ that the prime minister had no link to either, adding that two houses in the same neighborhood share an address, providing a map as evidence.

The spokesman also told ARY-News that Khan denied any connection to the companies, adding that their owner “never met Imran Khan face to face and it may however be possible that they had attended an extended family function.”

The Pandora Papers investigation exposes civilian government and military leaders who have been hiding vast amounts of wealth in a country plagued by widespread poverty and tax avoidance.

The newly leaked records reveal the use of offshore services by Pakistan’s elites that rivals the findings of the Panama Papers, which led to Sharif’s downfall and helped propel Imran Khan to power three years ago.

Today, a few hours before the Pandora Papers’ publication, Khan’s spokesperson told a press conference that the prime minister, “has no offshore company but if any of his ministers [or] advisers have it will be their individual acts and they will have to be held accountable.”

Khan’s anti-corruption rhetoric resonated in Pakistan, where the military has pointed to what it calls the corruption and ineptitude of civilian politicians to justify overthrowing democratically elected governments three times since the country’s founding in 1947.

Military autocracies have ruled Pakistan for almost half the country’s history. They have been bolstered by support from the U.S and NATO countries, which have relied on Pakistan’s support as a bulwark against the Soviet invasion of Afghanistan and, later, the Taliban.

The military also claims legitimacy as the nation’s protector against longtime adversary and nuclear rival India.

Over the decades, the military and its secretive spy agency, Inter-Services Intelligence, have repeatedly stoked anti-India animus, even at the cost of angering Pakistan’s Western allies.