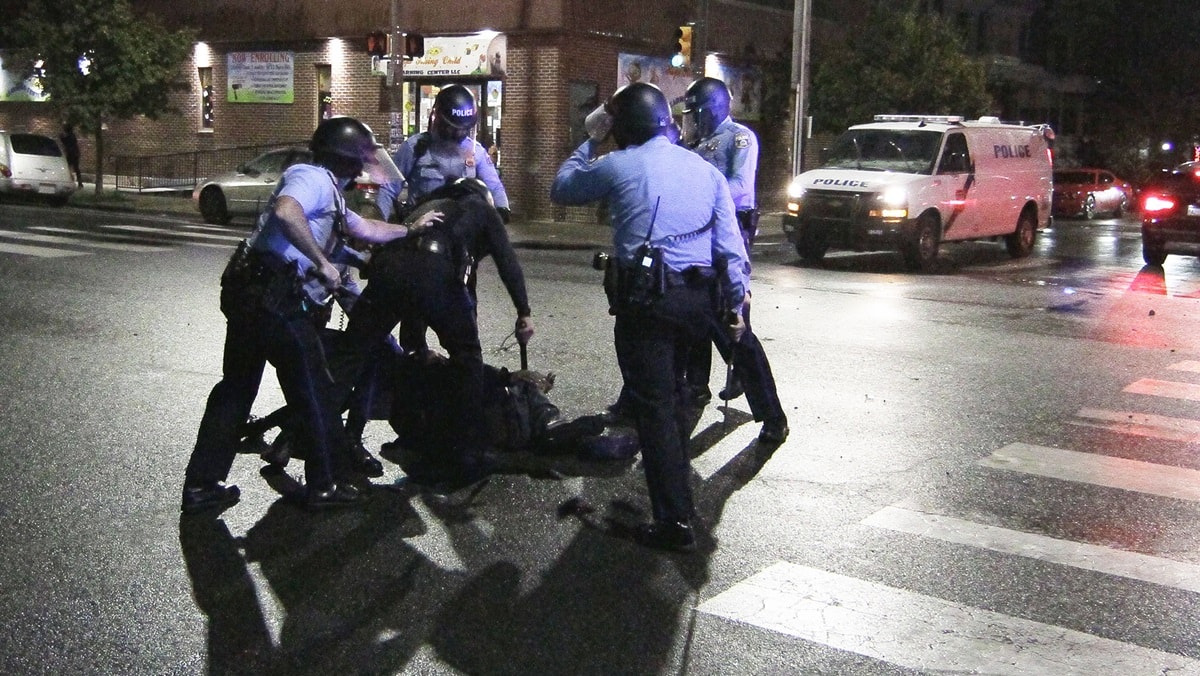 Philadelphia police on Monday fatally shot a 27-year-old Black man who they said was armed with a knife, touching off protests and violent clashes hours later.

Mayor Jim Kenney said the shooting, which was partially captured on video by a bystander, raised “difficult questions that must be answered,” and the police commissioner promised an investigation.

Late Monday night, protesters marched through West Philadelphia, and video posted on social media appeared to show the police clashing with demonstrators. Thirty police officers were injured, in most cases by bricks and rocks that were thrown by protesters, Sgt. Eric Gripp, a spokesman for the Philadelphia Police Department, said on Tuesday. One officer was treated at a hospital for a broken leg after she was hit by a pickup truck, he said.

The shooting took place around 4 p.m., as police responded to a report of a man armed with a knife. Video that was posted on social media shows the man, later identified by a City Council member as Walter Wallace Jr., walking into the street as people yell and two police officers aim their guns at him. 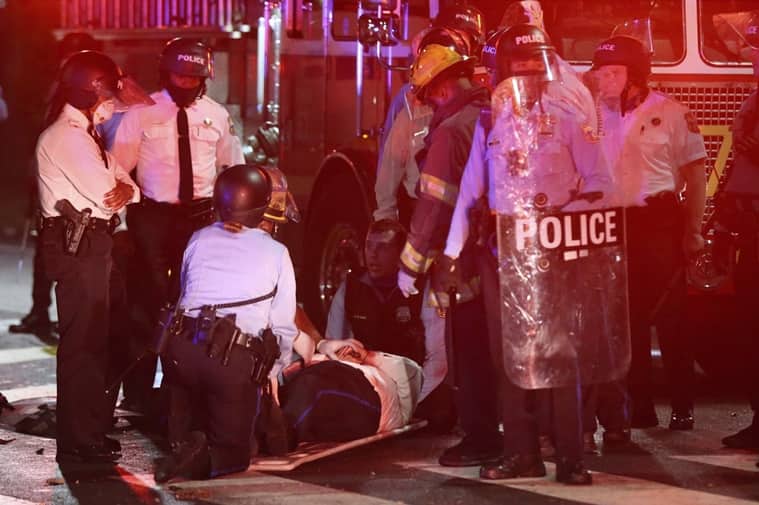 At one point, Wallace, who is several feet away from the officers in the video, walks toward them as they quickly move backward. The camera points down toward the ground as about a dozen shots are heard.

The camera quickly moves up as Wallace falls to the ground, and people rush toward him, including the officers.

“Bro, they just killed him in front of me,” a man can be heard saying. “Y’all ain’t have to give him that many shots.”

Gripp told the Inquirer that officers had ordered Wallace to drop the knife and that he had “advanced toward the officers.” After the officers shot Wallace, one of them drove him to Penn Presbyterian Medical Center, he said.

Kenney, the mayor, said he had spoken with Wallace’s family “to hear their concerns firsthand, and to answer their questions to the extent that I am able.”

The city’s police commissioner, Danielle Outlaw, said in a statement, “I recognize that the video of the incident raises many questions.”

In a statement, the council member who identified Wallace, Jamie Gauthier, said she wanted the police to “immediately” release the officers’ body camera video from the incident. “The public deserves a full, unvarnished accounting of what took place today,” she said.