According to about a dozen Tamil voters who spoke to The Indian Express on the eve of polling, the situation has changed in the last five years of the Sirisena regime. 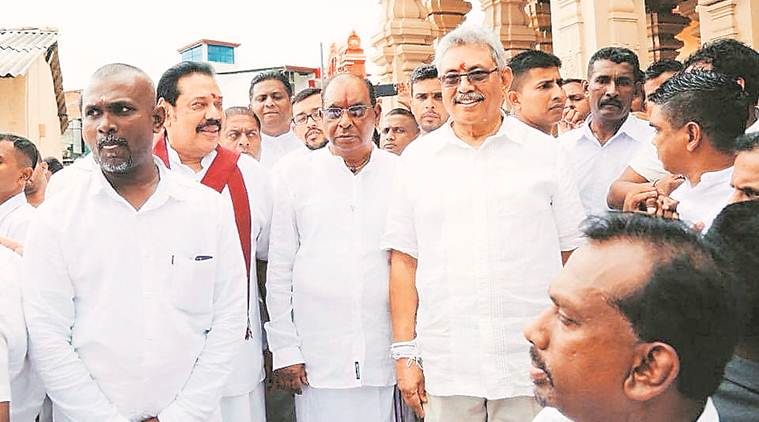 As over 15 million Sri Lankans are set to vote for the new President on Saturday, by picking one of 35 candidates from the longest-ever ballot paper, the decision of the country’s minority Tamils will be crucial. The Tamil communities and other minority groups had a significant role to play in the 2015 poll victory of Maithripala Sirisena against the incumbent Rajapaksa regime, leading to questions about where their votes will go this time.

According to about a dozen Tamil voters who spoke to The Indian Express on the eve of polling, the situation has changed in the last five years of the Sirisena regime. There is voter unhappiness against the Tamil National Alliance (TNA), a party that represents Tamils, and there have been calls to boycott elections.

While a majority of Sinhalese voters had favoured Rajapaksa in the 2015 elections, a major factor that contributed to his defeat was the massive support of minorities for Sirisena. While the Gotabaya Rajapaksa camp is confident of retaining 47.6 per cent of the Sinhala Buddhist votes that they received in 2015, many are unsure of the level of support that ruling United National Party (UNP) candidate Sajith Premadasa will receive.

M A Sumanthiran, TNA spokesperson and parliamentarian, said the promises made by President Sirisena and Prime Minister Ranil Wickremasinghe had not been fulfilled.

When asked about the mood in northern Sri Lanka, a war-ravaged region, Sumanthiran said the TNA supported Sajith. “There is enthusiasm among voters. But I am not sure if the same mood of Tamils in 2015 exists still. One Tamil party has boycotted the election. I admit people are not satisfied with TNA, even though they are aware of certain things we have managed to do for them. And the wounds haven’t started healing yet,” he said.

Former parliamentarian M K Sivajilingam, one of the presidential candidates, claimed Tamil people will not prioritise Sajith or Gotabaya. “And definitely Sajith will get more votes in the north. If Eastern province will favour Gotabaya, northern province together will give no upper hand for Sajith unlike last time,” he said.

“Those who won that election are seen at the home of the same Rajapaksa now. Rajapaksa bagged maximum Sinhalese votes and still got defeated due to the wrath of minorities,” he added.