The Taliban claim to have killed several Islamic State members after a bomb blast Sunday. The target of the attack was a memorial service held for the late mother of the Taliban spokesman. 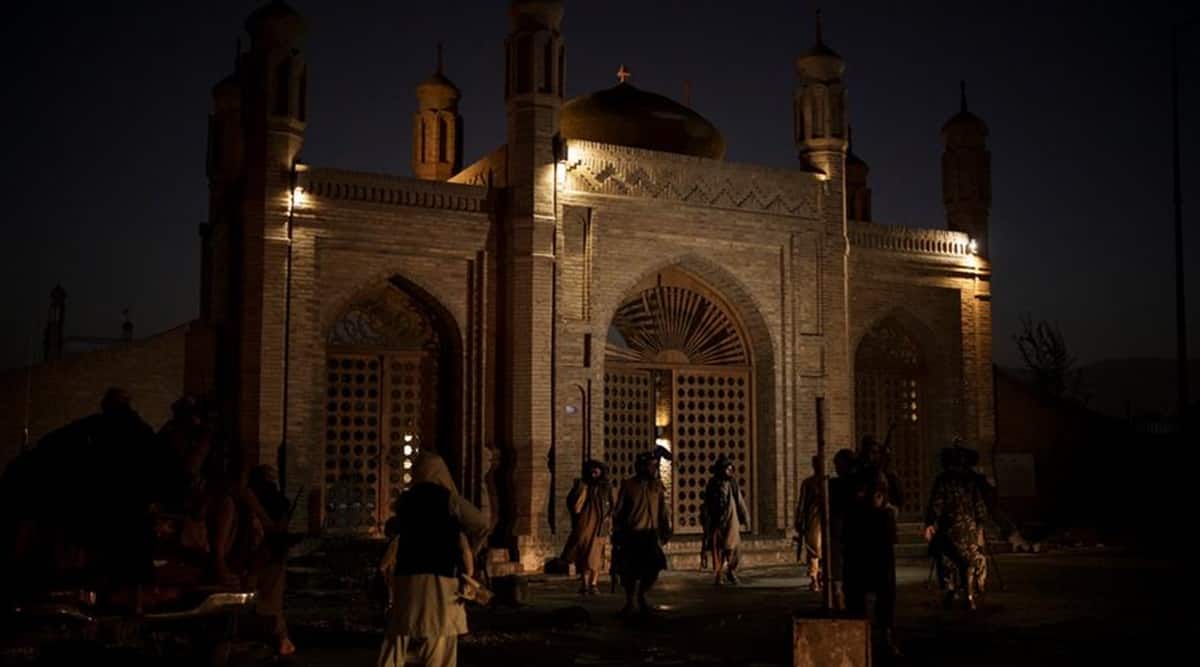 The Taliban have said they destroyed an IS-K cell north of Kabul Monday following a bomb blast at the Eidgah mosque Sunday that targeted the memorial service of the mother of Taliban spokesman Zabihullah Mujahid.

On Twitter, Mujahid said a special Taliban unit carried out an operation against its rivals, IS-K, which stands for Islamic State-Khorasan province, in Kabul’s 17th district.

“The ISIS base was entirely destroyed and all of the ISIS members inside were killed as a result of this decisive and successful attack,” Mujahid wrote.

What happened Sunday night during the raids on IS-K?

It is hard to know exactly what occurred though residents and journalists report heavy fighting in the Khair Khana district of northern Kabul.

Residents confirmed to local and foreign media that they heard gunfire and explosions throughout the night.

Abdul Rahaman, a Kabul resident and government employee, told AFP the noise kept him up much of the night. He said Taliban fighters attacked at least three houses in his neighborhood.

“They said they were after Daesh (IS) fighters in the area,” Rahaman said, adding, “I don’t know how many were killed or arrested but the fighting was intense.”

A government official told AFP five people died and 11 were wounded during the raids, and that civilians and Taliban fighters were among the casualties.

“We have also arrested three people in connection with the blast,” the official said.

What happened during the bomb blast outside the mosque Sunday?

Sunday’s blast outside the mosque following the memorial service was the most serious attack in the Afghan capital in almost two months.

In August, a suicide bomber detonated at the gates of Kabul airport — killing 13 US service members and 169 Afghans during the airlift that saw the evacuation of 124,000 people, Afghans and foreigners, from the country.

The blast at the Eidgah mosque killed and wounded several civilians, though there is no confirmation the raids carried out Sunday night in northern Kabul were connected to the blast earlier in the day.

The Taliban said none of its members were killed or injured in the blast, though the targeting of the spokesman’s family and friends is significant.

The Taliban and IS-K are both violent Sunni extremist groups, but they differ on tactics and strategy, which has led to bloodletting. With the rise of IS-K in Afghanistan, even after a NATO bombing campaign in the eastern part of the country in 2019 weakened the militant group, the Taliban is finding itself fighting an insurgency much like the one they waged for the past 20 years.

Nobody has claimed responsibility for the attack though Mujahid told AFP that “initial information suggests that Daesh-linked groups may have carried out the attack.”