A law written like the one in Texas to impede courts from ruling on constitutionality before it takes effect could be used, for example, to take aim at constitutionally protected activities including gun rights, religious practice or free speech. 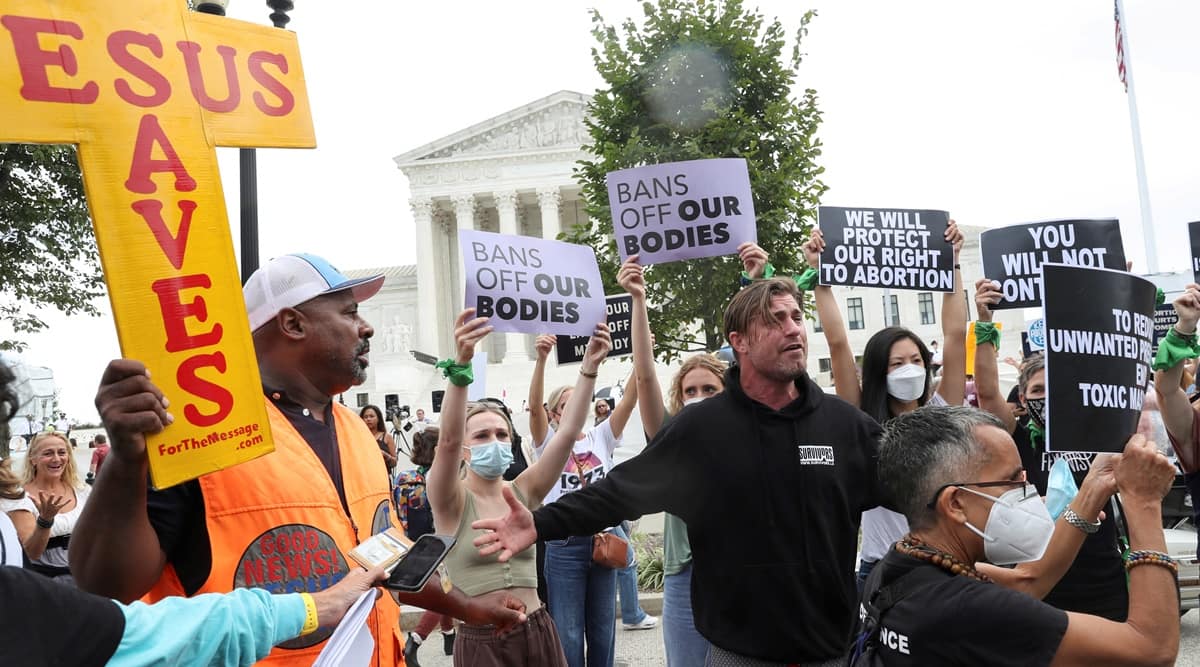 As abortion providers backed by President Joe Biden’s administration prepare for Monday’s US Supreme Court arguments in their challenge to a near-total ban on the procedure in Texas, they have found an unlikely ally: a right-leaning gun rights group.

A “friend of the court” brief filed in the case by the Firearms Policy Coalition against Republican-governed Texas illustrates how the law’s unique structure – enforcement by private individuals, not the state – has alarmed advocates for all kinds of constitutionally protected rights.

Some conservatives are warning that similar laws could be crafted by liberals targeting issues important to the right.

A law written like the one in Texas to impede courts from ruling on constitutionality before it takes effect could be used, for example, to take aim at constitutionally protected activities including gun rights, religious practice or free speech. Abortion is protected under the Supreme Court’s 1973 Roe v. Wade ruling, which recognized a woman’s constitutional right to terminate a pregnancy, and subsequent decisions.

When laws are enacted that restrict constitutional rights, courts have a vital role to play before they take effect, Jaffe added.

“This circumvents that debate. This says, ‘Too bad you don’t get to have that debate except … with my foot on your neck,’” Jaffe said.

The Supreme Court will consider whether the Texas law’s structure prevents federal courts from intervening to block it and whether the U.S. government is even allowed to sue the state to try to block it.

The measure, one of numerous restrictive Republican-backed state abortion laws passed in recent years, bans the procedure after about six weeks of pregnancy, a point when many women do not yet realize they are pregnant. There is an exception for a documented medical emergency but not for pregnancies resulting from rape or incest.

The case reaches the nine justices as the future of abortion rights hangs in the balance. On Dec. 1, the court, which has a 6-3 conservative majority, is due to hear another major abortion case in which Mississippi is seeking to overturn Roe v. Wade. The Texas attorney general has signaled he also wants Roe v. Wade overturned.

What is unique about the Texas law is that the state plays no enforcement role. Instead, anyone can sue abortion providers – regardless of whether that person has a personal stake – and potentially win at least $10,000 in damages, a process critics have compared to placing a bounty on abortion providers.

The Texas citizen-enforcement provision does not mean such laws can always evade judicial review. But to challenge them someone would have to be sued under the law first and then take aim at the enforcement mechanism in the defense. In the meantime, the fact that the law is on the books may chill the conduct at issue. That is the case in Texas, with abortion clinics complying with the ban since the Supreme Court let it go into effect on Sept. 1.

Lawyers opposing the law have found potential analogies on other issues involving Supreme Court precedents. Laws that would enable people to sue gun owners and seek to prohibit unlimited independent spending in political campaigns are examples cited by Biden’s administration in its challenge to the abortion law.

In both instances, “those statutes, too, would violate the Constitution as interpreted by this court. But under Texas’s theory, they could be enforced without prior judicial review, chilling the protected activity – and the effect of any successful constitutional defense in an enforcement proceeding could be limited to that proceeding alone,” the administration wrote in court papers.

Legislators have enacted other laws that let people bring individual claims on contentious issues including transgender rights. But those are more like earlier statutes that empowered people to sue over matters such as environmental or civil rights violations.

In Tennessee, a law barring transgender students from using bathrooms that correspond with their gender identity includes a provision that lets individuals sue local school districts if they “encounter a member of the opposite sex” in a bathroom.

Some conservative and religious groups that oppose abortion have signaled little concern about the Texas law’s structure, feeling that critics have exaggerated potential consequences.

Walter Weber, a lawyer with the American Center for Law and Justice religious rights legal group that filed a brief backing Texas, said there is nothing to stop abortion providers from challenging the law after they are sued.

“Abortion advocates crying wolf can raise a lot of money and give cover to legislative and executive measures to push further support for abortion,” Weber said.

If the Texas law is so clearly unconstitutional, Weber asked, “Why are abortionists so terrified?”