President Trump demanded that Georgia’s Republican secretary of state “find” him enough votes to overturn the presidential election, and vaguely threatened him with “a criminal offense,” during an hourlong telephone conversation with him on Saturday, according to audio excerpts from the conversation. 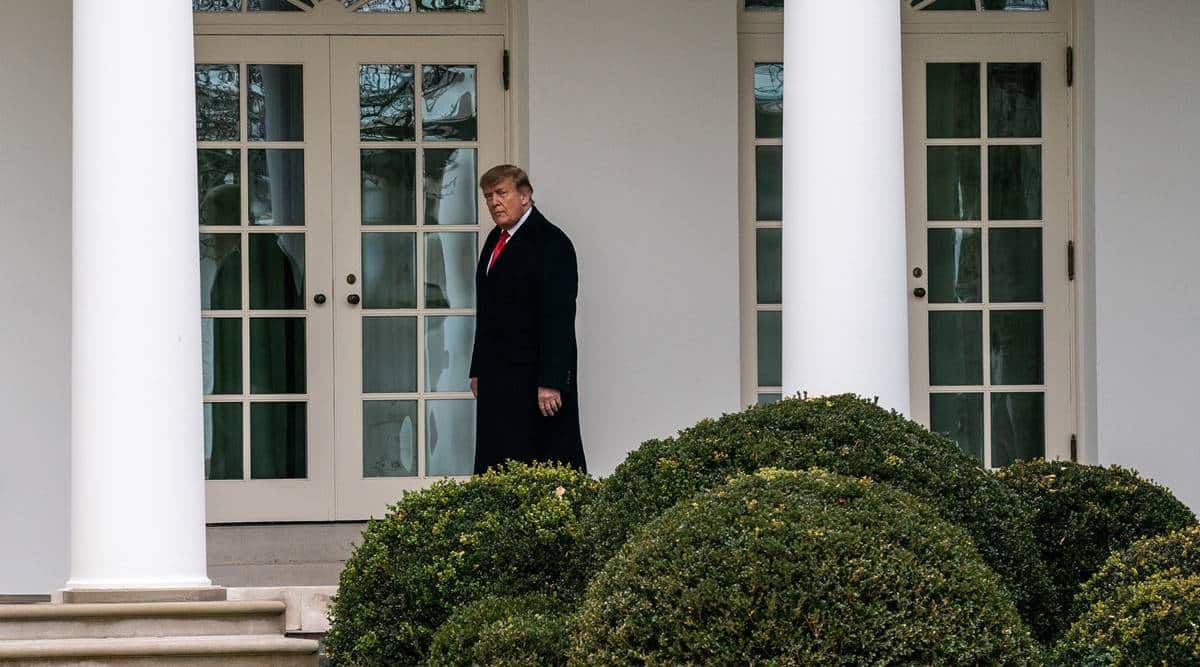 President Donald Trump pressured Georgia’s Republican secretary of state to “find” him enough votes to overturn the presidential election and vaguely threatened him with “a criminal offense” during an hourlong telephone call on Saturday, according to an audio recording of the conversation.

Trump, who has spent almost nine weeks making false conspiracy claims about his loss to President-elect Joe Biden, told Brad Raffensperger, the state’s top elections official, that he should recalculate the vote count so Trump, not Biden, would end up winning the state’s 16 electoral votes.

“I just want to find 11,780 votes, which is one more than we have,” Trump said during the conversation, according to a recording first obtained by The Washington Post, which published it online Sunday. The New York Times also acquired a recording of Trump’s call.

The president, who will be in charge of the Justice Department for the 17 days left in his administration, hinted that Raffensperger and Ryan Germany, the chief lawyer for the secretary of state’s office, could be prosecuted criminally if they did not do his bidding.

The effort to cajole and bully elected officials in his own party — which some legal experts said could be prosecuted under Georgia law — was a remarkable act by a defeated president to crash through legal and ethical boundaries as he seeks to remain in power.

By any standard measure, the election has long been over. Every state in the country has certified its vote, and a legal campaign by Trump to challenge the results has been met almost uniformly with quick dismissals by judges across the country, including a Supreme Court with a conservative majority.

Trump said he hoped Raffensperger’s office could address his claimed discrepancies before Tuesday’s Senate runoff election in Georgia, one that will decide the balance of power in the Senate. The president is slated to campaign on Monday night in Georgia for the two Republican incumbents, Sens. David Perdue and Kelly Loeffler.

“I think we should come to a resolution of this before the election,” Trump said. Otherwise, he said, “you’re going to have people just not voting.”

He added: “The people of Georgia are angry, the people in the country are angry. And there’s nothing wrong with saying, you know, that you’ve recalculated.”

Raffensperger politely but firmly rejected the president’s entreaties, standing by the election results in his state and repeatedly insisting that Trump and his allies had been given false information about voter fraud.

“Well, Mr. President, the challenge that you have is the data you have is wrong,” he said.

“We don’t agree that you have won,” Raffensperger told the president flatly.

Legal experts said Trump might have violated Georgia state laws against solicitation of voter fraud and extortion by seeking to exert pressure on Raffensperger.

One state law makes it a felony to “solicit, request, command, importune or otherwise attempt to cause another person to engage in election fraud.” By urging election officials to “find” votes that were not legally cast for him, Trump could be prosecuted under that law, said Ryan C. Locke, a criminal defense lawyer and former public defender in Atlanta.

“He’s telling the secretary of state to ‘find votes so that I can win — votes that are not due to me,’” Locke said. “The recording alone is certainly enough to launch an investigation. It’s likely probable cause to issue an indictment.”

He said Trump could also be in violation of laws prohibiting extortion. But he and other legal experts said it was unlikely that prosecutors would pursue a case against Trump in the waning days of his administration.

Former House Speaker Paul Ryan, a Republican who has largely stayed silent in recent weeks, urged his former colleagues on Sunday to abandon their challenge to the results, calling it the most “anti-democratic and anti-conservative act” he could think of.

“The Trump campaign had ample opportunity to challenge election results, and those efforts failed from lack of evidence,” he said. “If states wish to reform their processes for future elections, that is their prerogative. But Joe Biden’s victory is entirely legitimate.”

The 10 living former secretaries of defense, from both parties, echoed that sentiment in an opinion article on Sunday in The Post. They said the military should not be used in any way to alter the outcome of the election, saying: “Governors have certified the results. And the Electoral College has voted. The time for questioning the results has passed.”