The grand jury decided that none of the three white officers involved in the deadly police raid on Taylor's apartment would be charged for causing her death, though one officer was indicted on charges of endangering her neighbors. 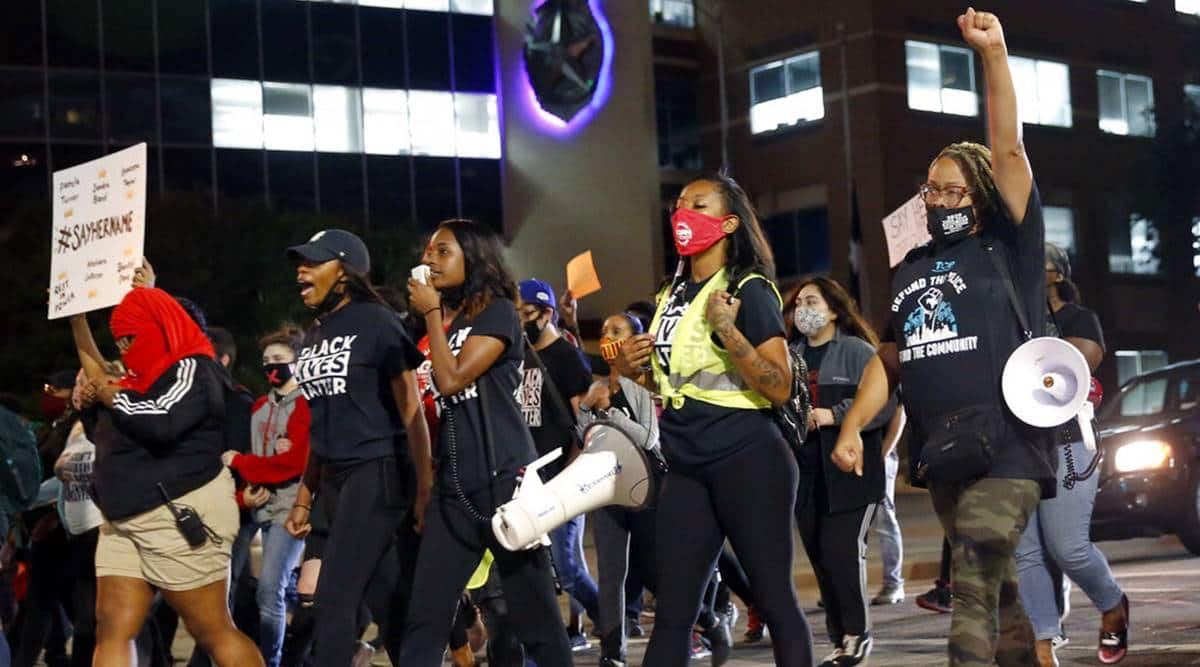 Two police officers were shot and wounded late on Wednesday in Louisville, Kentucky, during protests of a grand jury ruling decried by civil rights activists as a miscarriage of justice in the fatal police shooting of Breonna Taylor in March.

The grand jury decided that none of the three white officers involved in the deadly police raid on Taylor’s apartment would be charged for causing her death, though one officer was indicted on charges of endangering her neighbors.

The indictment came more than six months after Taylor, 26, a Black emergency medical technician and aspiring nurse, was killed in front of her armed boyfriend after the three officers forced their way into her home with a search warrant in a drug trafficking investigation.

Her death became a symbol, and her image a familiar sight, during months of daily protests against racial injustice and police brutality in cities across the United States. Last month media mogul Oprah Winfrey featured Taylor on the cover of her magazine calling for prosecution of the officers involved in her slaying.

Following the grand jury announcement, protesters immediately took to the streets of Kentucky’s largest city and marched for hours chanting, “No lives matter until Black lives matter,” amid sporadic clashes with police in riot gear.

The demonstrations remained mostly peaceful until several gunshots rang out as heavily armed police closed in on a throng of protesters at nightfall, ordering the crowd to disperse about a half hour before a 9 p.m. curfew was due to go into effect. 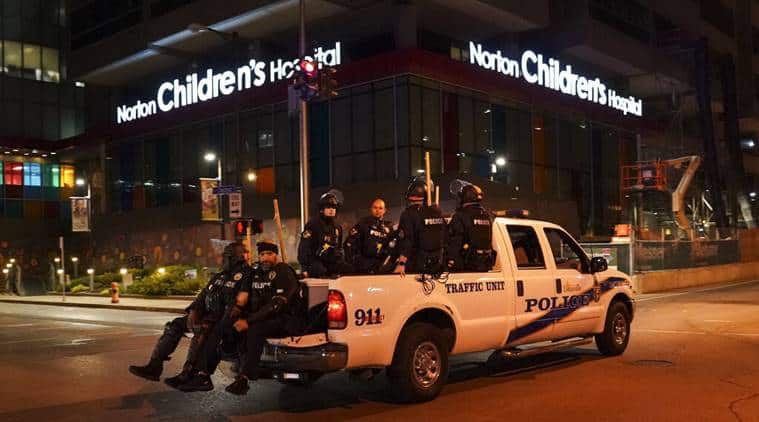 One suspect was arrested, and the two wounded officers were in stable condition – one undergoing surgery – with non-life-threatening injuries, Schroeder said. He gave no further details.

Earlier in the day about a dozen people were arrested in a skirmish between hundreds of demonstrators and a group of law enforcement officers in the Highlands neighborhood just outside downtown Louisville. Some windows of nearby businesses were also broken. The crowds largely dissipated after Wednesday night’s shooting. Police said at least 46 arrests were made in all.

Sympathy protests of varying sizes also were held in several other cities on Wednesday, including New York, Washington, Atlanta, and Chicago.

In announcing the grand jury’s conclusions, Kentucky Attorney General Daniel Cameron said the panel had declined to bring any charges whatsoever against two of the three white policemen who fired into Taylor’s apartment on March 13.

The two officers, Sergeant Jonathan Mattingly and Detective Myles Cosgrove, were found to have been justified under Kentucky law in returning fire after Taylor’s boyfriend, Kenneth Walker, shot at them, wounding Mattingly in the thigh, Cameron said. Walker has contended he believed intruders were breaking into Taylor’s home and that the couple did not hear police announce their arrival, contrary to the account of the officers and a neighbor.

The third officer, former Detective Brett Hankison, was indicted on three counts of wanton endangerment in the first degree, an offense that ranks at the lowest level of felony crimes in Kentucky and carries a prison sentence of up to five years.

Cameron said those three counts stem from the fact that some of the rounds Hankison fired – 10 in all – traveled through Taylor’s apartment into an adjacent unit where a man, a pregnant woman and a child were at home.Cameron, however, said there was “no conclusive” evidence that any of Hankison’s bullets struck Taylor.

Six bullets struck Taylor, he said, and ballistics investigators found only one shot, fired by Cosgrove, was fatal, Cameron said.

“There is no doubt that this is a gut-wrenching, emotional case,” Cameron, a Black Republican, said at a news conference.

Benjamin Crump, a prominent civil rights lawyer representing the Taylor family, denounced the outcome of the grand jury probe, saying it was “outrageous” that none of the three officers involved in the raid was criminally charged with causing Taylor’s death.

Governor Andy Beshear called on Cameron to release all evidence from the investigation to benefit the public’s understanding of the case. “Those feeling frustration, hurt -they deserve to know more,” he said.

“It’s clear that there are policies and procedures that needed to be changed, because Breonna Taylor should still be alive,” he said. “Let’s turn to each other, not on each other, at this moment of opportunity.”

The police chief fired Hankison in June, finding he had “displayed an extreme indifference to the value of human life” when he “wantonly and blindly fired” into Taylor’s home.

Mattingly and Cosgrove were reassigned to administrative duties.

Louisville has agreed to pay $12 million to Taylor’s family to settle a wrongful-death lawsuit, Fischer announced earlier this month. He said the settlement was intended to “begin the healing process.”

President Donald Trump said on Twitter that he was praying for the two officers shot on Wednesday and had spoken to Kentucky’s governor to offer federal help.

His Democratic rival in the presidential race, Joe Biden, said the grand jury failed to deliver justice for Taylor but held out hope the federal probe of her death would do just that.

“We do not need to wait for the final judgment of that investigation to do more to deliver justice for Breonna,” he added.

TTD gets pat from Finance Ministry