One of the measures, the Hong Kong Human Rights and Democracy Act, would require the US secretary of state to certify every year that Hong Kong retained its autonomy in order to keep receiving the special treatment that has allowed it to be a major financial center. 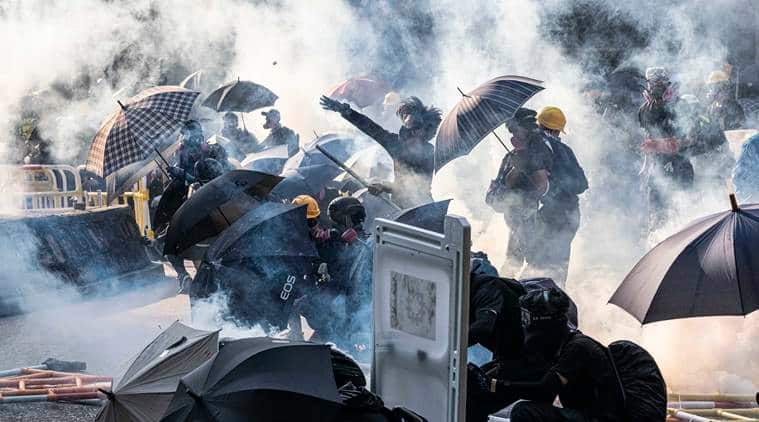 The US House of Representatives on Tuesday passed four pieces of legislation taking a hard line on China, three related to pro-democracy protests in Hong Kong and one commending Canada in its dispute over the extradition of a Chinese telecom executive.

All four measures passed by unanimous voice vote, as members of Congress – Democrats and Republicans – said they wanted to take an aggressive stance on China and show support for Hong Kong following four months of unrest in the city.

The measures come as the White House engages in delicate talks with Beijing to resolve a crippling trade war, with U.S. Treasury yields edging lower on Tuesday as investors pared back expectations that an agreement was at hand.

One of the measures, the Hong Kong Human Rights and Democracy Act, would require the U.S. secretary of state to certify every year that Hong Kong retained its autonomy in order to keep receiving the special treatment that has allowed it to be a major financial center.

A second, the Protect Hong Kong Act, would bar commercial exports of military and crowd-control items that Hong Kong police could use against demonstrators.

The Senate has not yet scheduled votes on the legislation, which would send the measures to the White House for Trump to sign into law or veto. However, a Foreign Relations Committee aide said votes on Hong Kong-related measures were expected in the chamber in the coming weeks.

The third measure passed by the House is a non-binding resolution recognizing Hong Kong’s relationship to the United States, condemning Beijing’s “interference” in its affairs, and supporting the right of the city’s residents to protest.

The Hong Kong government expressed regret over the passage of the legislation and reiterated that foreign legislatures should not interfere in the city’s internal affairs.

The fourth measure was another non-binding House resolution commending Canada for its actions related to a U.S. request to extradite Meng Wanzhou, chief financial officer of Chinese telecom giant Huawei Technologies Co Ltd, who was arrested in Canada in December.

Meng is charged in the United States with bank fraud and is accused of misleading HSBC Holdings Plc about Huawei’s business in Iran, which is under U.S. sanctions. Meng has said she is innocent and is fighting extradition.

The United States has accused Huawei of stealing American intellectual property and violating Iran sanctions. Many Republican and Democratic members of Congress say they view the company as a security threat.

Hong Kong has been rocked by at times violent protests over concerns Beijing is tightening its grip on the former British colony and eroding its democratic system.

Beijing rejects the charge and accuses Western countries, like the United States and Britain, of stirring up trouble.

The unrest poses the biggest popular challenge to Chinese President Xi Jinping since he came to power in 2012. He has warned that any attempt to divide China would be crushed.

China says US House should stop interfering in Hong Kong

China’s foreign ministry said on Wednesday that Beijing resolutely opposed new measures passed by the U.S. House of Representatives related to the Hong Kong protests and urged lawmakers to stop interfering. China’s relationship with the United States will be damaged should the legislation become law, foreign ministry spokesman Geng Shuang said in a statement.