The Taliban, which now is the ruling power in Afghanistan, welcomed the departure of the US troops from the country. 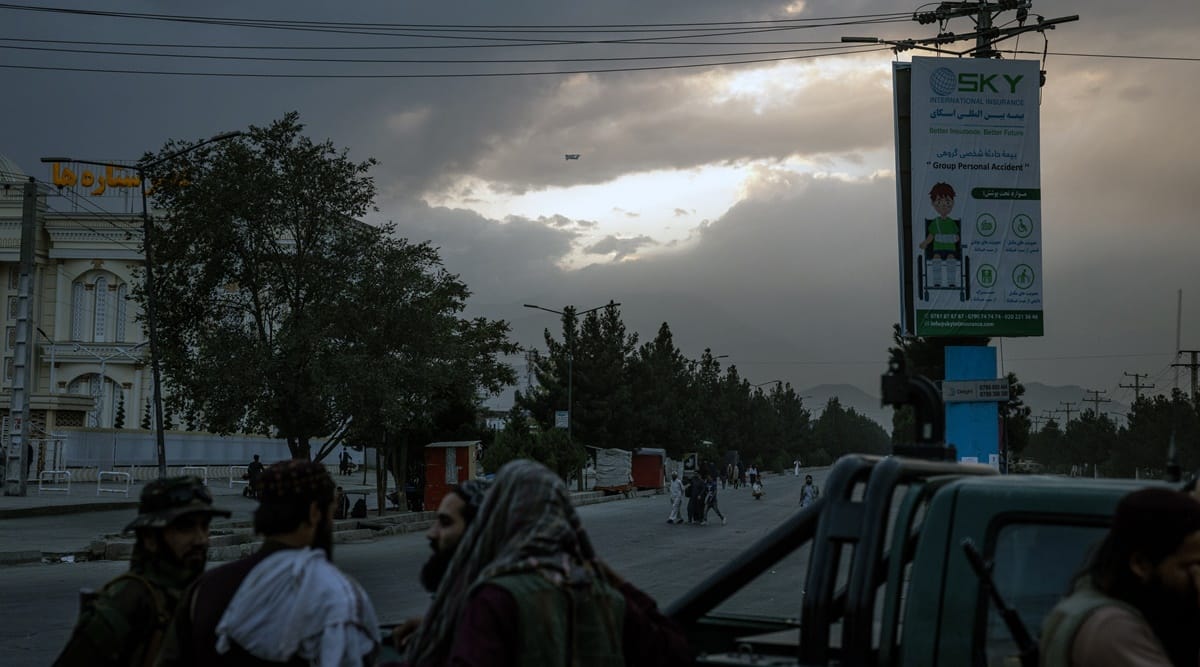 The last United States forces left Afghanistan late Monday, ending a 20-year occupation that began shortly after the al-Qaida attacks on 9/11, cost over $2 trillion, took more than 170,000 lives and ultimately failed to defeat the Taliban, the Islamist militants who allowed al-Qaida to operate there.

Five American C-17 cargo jets flew out of Hamid Karzai International Airport in Kabul just before midnight, U.S. officials said, completing a hasty evacuation that left behind tens of thousands of Afghans desperate to flee the country, including former members of the security forces and many who held valid visas to enter the United States.

“A new chapter of America’s engagement with Afghanistan has begun,” Secretary of State Antony Blinken said Monday evening. “It’s one in which we will lead with our diplomacy. The military mission is over.” 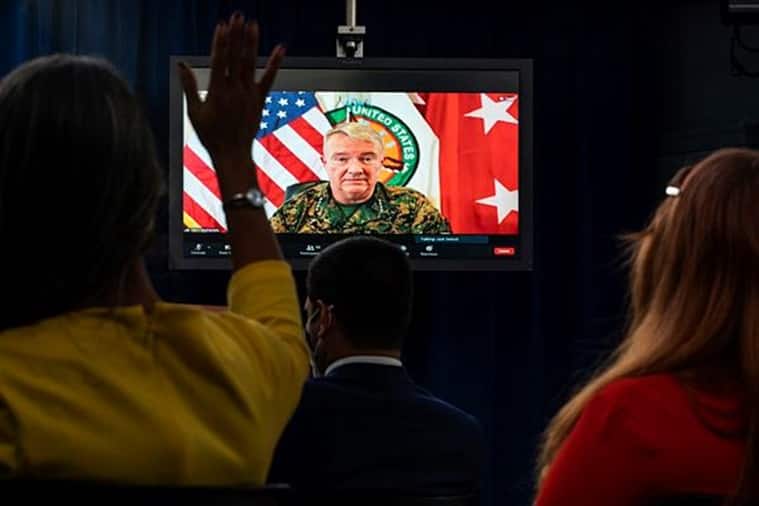 But the war prosecuted by four presidents over two decades, which gave Afghans a shot at democracy and freed many women to pursue education and careers, failed in nearly every other goal. Ultimately, the Americans handed the country back to the same militants they drove from power in 2001.

Jubilant Taliban fighters and their supporters reveled in victory as the news became clear. Celebratory gunfire broke out across the city in the predawn hours Tuesday in Kabul, the arc of tracer rounds lighting up the night sky.

“The last American soldiers departed from Kabul airport, and our country has achieved a full independence, thanks to God,” Zabihullah Mujahid, the Taliban spokesperson, said on Twitter.

Control of the airport was left in the hands of the Taliban, who said they were still working on the shape of their new government.

At the airport, where scenes of mass desperation and carnage this past week became indelible images of the Americans’ final days, only a few hundred Afghans still waited at the gates Monday night as the last flights departed.

The war began under President George W. Bush as a hunt for al-Qaida and Osama bin Laden, the al-Qaida leader who oversaw the 9/11 attacks on the United States. On that score, it succeeded: al-Qaida was driven out and bin Laden was killed by a U.S. SEAL team in Pakistan in 2011.

But the United States, confident it had routed the Taliban, refused their entreaties for a negotiated surrender and plowed ahead with an enormous effort to not only drive them out but to construct a Western-style democracy in Afghanistan. The lengthy occupation allowed the Taliban to regroup, casting itself as the national resistance to the American invaders and, three U.S. presidents later, driving them out in a war of attrition, much as Afghans had done to the Soviets in the 1980s.

The U.S. departure was marred by a ghastly burst of civilian casualties that seemed emblematic of the American missteps in the war.

A drone strike that the U.S. military said was aimed at thwarting an attack on the airport killed 10 civilians, survivors said, including seven children, an aid worker for an American charity organization, and a contractor with the U.S. military.

Such so-called civilian collateral damage was a primary reason so many Afghans turned against the Americans after initial goodwill in the early years of the U.S. intervention. In the end, the number of Afghan civilians killed in the war — more than 47,000 according to Brown University’s Cost of War project — approached the number of dead fighters.

The Taliban gave few signs Monday that they were ready to govern a country of nearly 40 million facing a major humanitarian crisis, with about half the population malnourished, according to the United Nations.

The Taliban’s leader, cleric and judge Haibatullah Akhundzada, remained out of sight, having issued no statement since the insurgents seized Kabul two weeks ago. One Kabul-based diplomat expressed doubt over whether he is even alive, although a Taliban spokesperson insisted Akhundzada was in Kandahar, in southern Afghanistan. 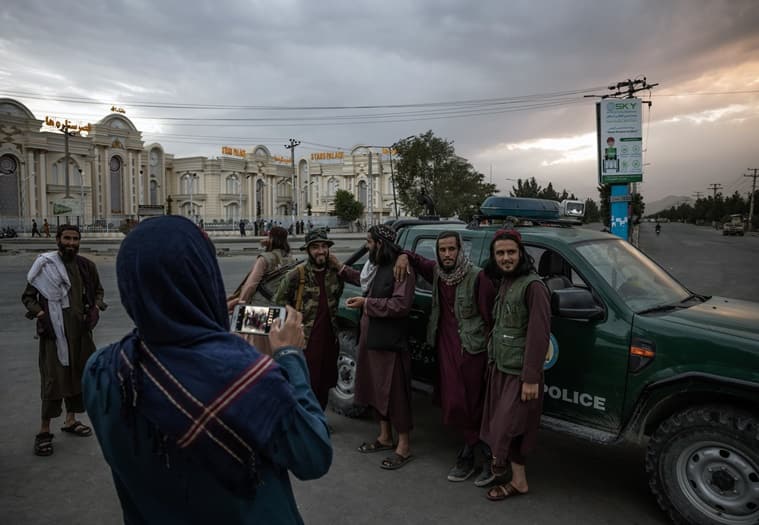 “They are a little bit stunned by running a big urban center like Kabul,” a city of up to 5 million at its peak, the diplomat said, speaking on the condition of anonymity because he was not authorized to comment publicly. “They are really playing from a very weak hand.”

The diplomat said that an unresolved rift between the group’s moderates, like the political chief, Abdul Ghani Baradar, who led the negotiations with the United States, and hard-liners like the Haqqani brothers, the military leaders, was further weakening the ex-insurgents.

The claim that the U.S. drone strike Sunday caused civilian casualties would be, if confirmed, a bitter parting legacy of the military intervention.

On Monday, a spokesperson for the U.S. Central Command reaffirmed an earlier statement that the military hit a valid target, an explosives-laden vehicle it said was driven by operatives of the Afghan affiliate of the Islamic State group, known as Islamic State Khorasan or ISIS-K, and which posed an “imminent” threat to the airport. ISIS-K claimed responsibility for a suicide attack that killed more than 170 people, including 13 U.S. service members, at the airport Thursday.

The spokesperson, Capt. Bill Urban, said that the military was investigating the claims of civilian casualties, and suggested that any civilian deaths may have resulted from the detonation of the explosives in the vehicle. The New York Times could not independently verify whether the U.S. missile strike killed the 10 civilians.

The site of the strike Monday was a scene of devastation. Relatives of the aid worker, Zemari Ahmadi, a technical engineer for the charity organization Nutrition and Education International, said that his car was struck just after he arrived home from work. Children who had clambered in to greet him were killed alongside him, while others were fatally wounded inside the house.

One of the dead was Ahmad Naser, 30, a former Afghan army officer and contractor with the U.S. military, who had applied for an American Special Immigrant Visa based on his service as a guard at Camp Lawton. He had come to Kabul from Herat, in western Afghanistan, in the hopes of being evacuated. 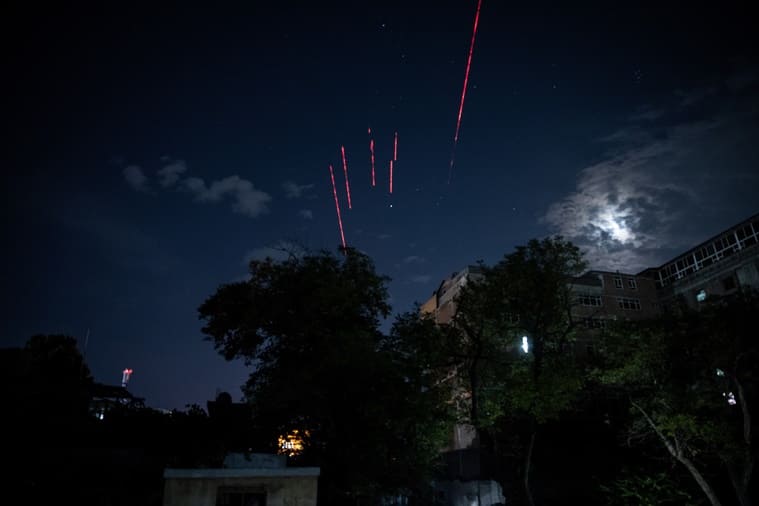 Ahmadi’s daughter Samia, 21, was inside when she was struck by the blast wave. “At first I thought it was the Taliban,” she said. “But the Americans themselves did it.”

The enormous evacuation operation, unfolding after the unexpectedly rapid collapse of the Afghan government, airlifted some 123,000 people out of the country in the last two months, including about 6,000 Americans.

As some of the last U.S. diplomats were preparing to leave Kabul on Monday, five rockets were fired at the airport, a parting shot claimed by the Islamic State group. A U.S. missile defense system shot down one of the rockets, and there were no initial reports of casualties.

President Joe Biden, who took responsibility for ending a war that may yet come to define his presidency, had set a Tuesday deadline for completing the withdrawal. 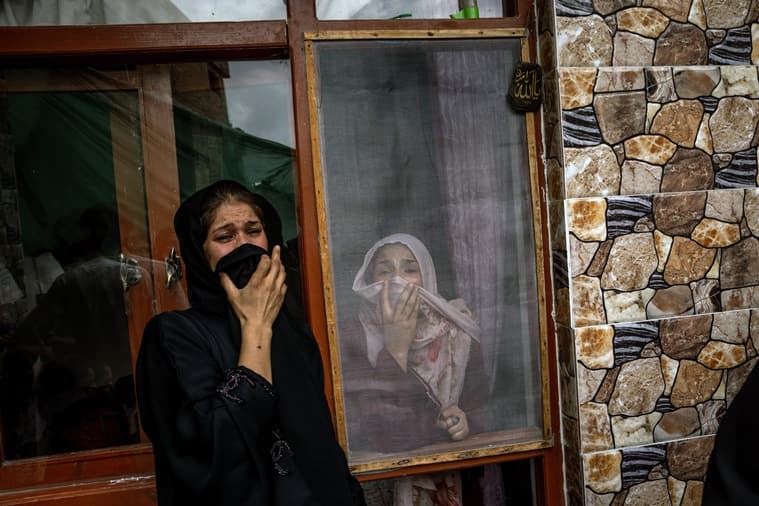 But senior commanders decided to depart unannounced roughly 24 hours earlier, partly because of stormy weather forecast for Tuesday but also to build in a cushion in case of any snags, military officials said, including further attacks by ISIS-K.

In the final hours of the evacuation, U.S. surveillance and attack aircraft locked down the skies over Kabul, circling high overhead until the last transport plane was aloft.

“Job well done,” said Maj. Gen. Chris Donahue, the commanding general of the 82nd Airborne Division, who was on the last plane out. “Proud of you all.”

A military official said that every American who wanted to leave and could get to the airport was taken out. But a number of Americans, thought to be fewer than 300, remain, either by choice or because they were unable to reach the airport.

But the evacuation did not reach all those Afghans who had assisted the United States over the years, and who now face possible Taliban retribution. An unknown number of those who made it through the tortuous process for special visas granted to U.S. collaborators never even made it to the airport, much less onto an evacuation flight. 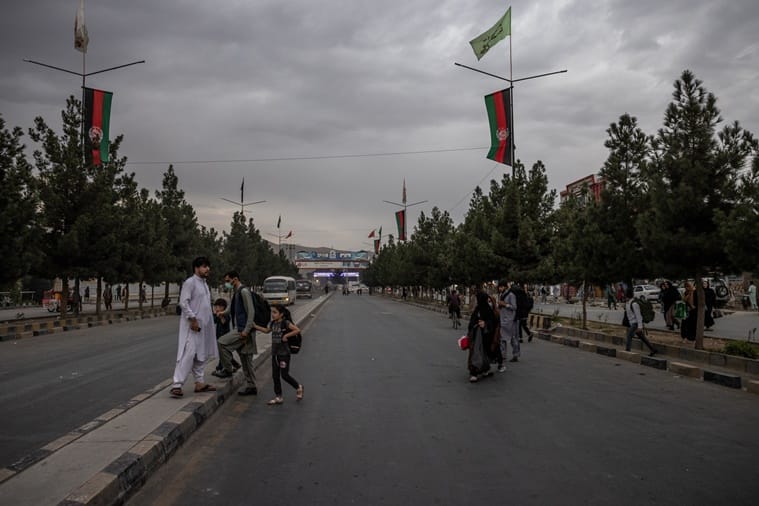 “If I go back to my family house, the Taliban will chase me,” he said. “Our neighbors already told them I worked with the Americans. I am in a miserable situation. The Americans betrayed us.”

Mike, a former interpreter for the U.S. Special Forces who asked to be identified only by his nickname, said everyone in his village knows that he worked for the U.S. military.

“Of course we are disappointed that we’re left behind,” he said. “We have sacrificed a lot. We wake up in the middle of the night and think about what’s going to happen to our life and to our children.”

Students at the American University of Afghanistan, one of the largest American civilian projects in the country and the target of a deadly Taliban attack in 2016, were also left behind. Some 600 hundred students and relatives had boarded buses to the airport but in the end were not cleared to enter the airport gates.

Blinken said the United States had “worked intensely” to evacuate Afghans who worked with the Americans and were at risk of reprisal.

“We’ve gotten many out but many are still there,” he said. “We will keep working to help them. Our commitment to them has no deadline.”

He also said that the Taliban had pledged to let anyone with proper documents “freely depart Afghanistan.”

Conditions are bound to get much worse soon, both in Kabul and across the country, U.N. officials warned. Food stocks will likely run out at the end of September, said Ramiz Alakbarov, the United Nation’s humanitarian coordinator for Afghanistan.

The Taliban have promised amnesty to those who opposed them, but it is a promise they may not have the power to keep.

“The Taliban are going out of their way to emphasize the amnesty message,” the veteran diplomat said. “But they may not have full command and control.”

In Kabul, “we may be on the brink of an urban humanitarian catastrophe,” the diplomat said. “Prices are up. There are no salaries. At some point millions of people will reach desperation.”

Gen McKenzie said no American civilian was in the last flight.