Asian-Americans are the fastest growing population in the nation. But organizers and activists like Yi, 63, worry that Asian-Americans remain largely misunderstood. 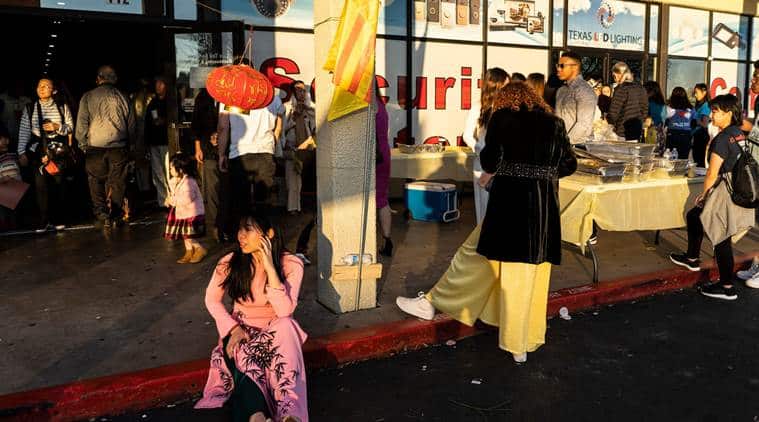 She thrust a flyer into the hand of a tall young man who looked annoyed. She promised to give a woman a gift for hearing her out. And she practically wrapped her arms around another woman who bounded away shaking her head, uninterested and impatient.

With each person, Alice Yi offered the same energetic greeting: “Do you know about the census?”

Yi is the chairwoman of the Asian Complete Count Committee in Austin, a volunteer group that partners with the Census Bureau to raise awareness about the census among Asian-Americans. And this year, she said, it is more urgent than ever that Asian-American communities like the one in Austin — where Vietnamese-American men and women crowded into a ballroom in the middle of a strip mall last month to celebrate the Lunar New Year — be counted.

Asian-Americans are the fastest growing population in the nation. But organizers and activists like Yi, 63, worry that Asian-Americans remain largely misunderstood. The population includes people from places as different as Nepal, Iraq, Vietnam and Taiwan, in occupations ranging from store clerk and taxi driver to lawyer and banker. The census, the activists say, is one of the best tools available to help capture that multiplicity, secure better resources and funding and harness untapped political power.

“Asian-Americans have been relegated as the sub-minority — that we’re not black, we’re not Hispanic,” said Gene Wu, a Democratic state representative from Houston who is Chinese-American. “For a large part, we’re an afterthought.”

Yi believes the census could change that, but first more Asian-Americans need to be persuaded to complete it.

In a survey, Asian-Americans reported a lower likelihood of filling out their census forms than any other demographic group. They are also the least familiar with the census, on average, and the most worried that their information will be used against them, according to a Census Bureau report.

As the count draws nearer, a mass mobilization encouraging Asian-Americans to participate in the census is underway. Hundreds of civic organizations are sending volunteers to knock on doors, visit cultural fairs and host town halls in an effort to educate Asian-Americans about the existence of the census, and to allay fears about completing it.

The number of Asian-Americans grew by more than 25% from 2010 to 2017, according to census estimates. Two-thirds of Asian-Americans were born abroad, by far the largest share of any major racial or demographic group (Hispanics are second at one-third), according to an analysis of census figures by AAPI Data, a demographic and policy research group.

That most Asian-Americans are foreign-born, and many are recent arrivals with limited English, only makes reaching them harder. AAPI Data estimates that just under one-third of Asian immigrants arrived in the United States within the last 10 years, and thus have little or no prior experience with the census.

In a second-floor apartment on Austin’s South Side, Deva Raja Neupane sat one morning with a few of the nine Nepalese men who share the three-bedroom unit, explaining the importance of the census. The men were all clerks at convenience stores or gas stations, working to send money to their families in Nepal.

One of the men, Dil Bahadar Oli, 22, who came to America a year ago as a refugee, said he had concerns about giving personal information for the census. After Neupane, a Nepali activist, explained the details and purpose of the count, Oli said he would be comfortable taking part if his Nepalese friends and relatives who have been in the United States longer were doing the same.

“If you reach them, it’s not that hard,” Neupane said afterward.

They are also worried that paper census forms are available only in Spanish and English. The Census Bureau has made a push to get most people to fill out the questionnaires online this year, but some activists say that it will be difficult for most marginalized communities with poor internet access to do so.

Asian-Americans Advancing Justice Atlanta, a legal advocacy organization, has created a website with information about the census in 18 Asian languages. It plans to set up locations in the Atlanta area, equipped with computers and tablets, where Asian-Americans can fill out the census with the help of people who look like them.

In Austin, the Asian-American population has been doubling in size every 12 years or so, and this year is expected to surpass black residents as the third largest group in the city, after white and Hispanic residents. Austin ranks among the 10 U.S. cities with the largest share of Asian-Americans in their populations.

Yi, who emigrated from Xinjiang in western China four decades ago, has been making the rounds feverishly at community meetings, cultural events and house parties to spread the word about the census in the area. She said she encountered plenty of skepticism about the necessity and safety of giving information to the government.

Federal law protects the confidentiality of personal information that respondents provide to the Census Bureau, but Yi said many Asian-Americans are nervous anyway. The Trump administration’s proposal to add a citizenship question to the census created anxiety and confusion that has lingered, she said, even though the Supreme Court blocked the proposal.

Tashi Phuntsok, an Austin restaurant owner who is Tibetan and Nepalese and has been in the United States for 25 years, said he would fill out the census because he felt that representation was important for people like him. Still, he worried about the possibility that the census could help the government locate and target particular ethnic groups, pointing to the internment of Japanese-Americans in camps during World War II.

“Is it a good thing or a bad thing? I don’t know,” he said of the census. “Concerns are there. It’s a two-edged sword.”

The canvassing Yi was doing at the Lunar New Year festival was nothing new for her. She has been engaged with state politics for decades. But at the festival, she was met with plenty of blank looks when she brought up the census and extended a fact sheet written in English and Vietnamese.

“You need to be counted, it doesn’t matter what your status is,” Yi told Nguyen Dao, 28, who moved to Texas from Vietnam five years ago to study and had never heard of the census before.

Dao, now a permanent resident, listened to her pitch about funding and political representation.

He said he would fill it out.